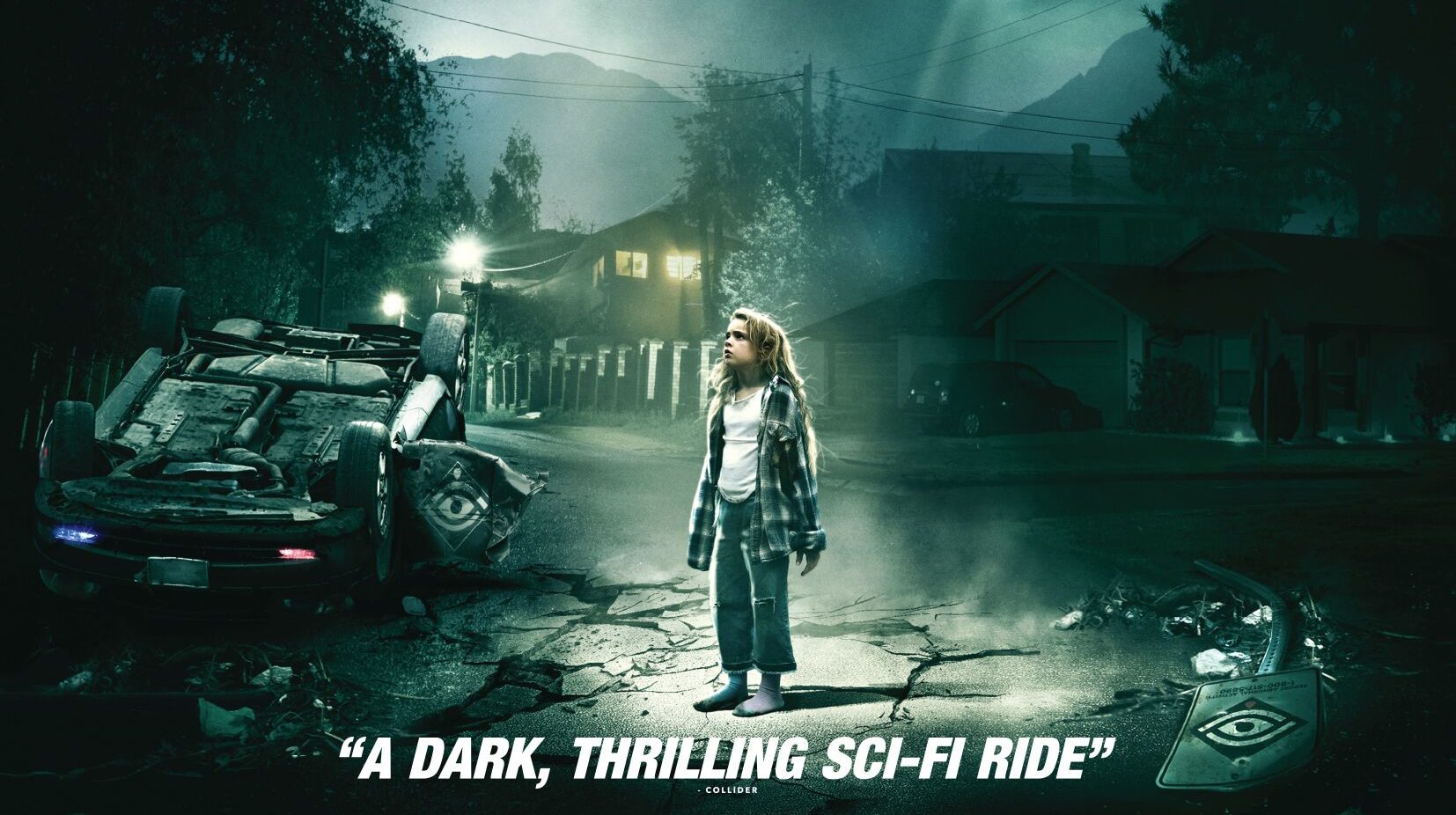 In a tale that has been told many times before in film, comes a new take on the – humans with superpowers against the rest of humankind – Freaks.

When a little girl, Chloe, is at an inquisitive age, her desire to see the world outside her house is an endless battle for her father to manage. He has been working tiresomely to keep Chloe hidden from the outside world knowing she has inherited what the world call, Freak, powers.

Chloe’s ability is to get inside people’s minds and convince them to do what she pleases. Without her knowing, she has managed to see her mother who lies locked up in a high security building deep below a mountain.

When Chloe eventually finds out the truth about her power and about her mother, she tries desperately to save her. With the help of her father and grandfather, both who possess powers, their time is fast running out.

Freaks is really slow to get to the point. There comes a time when it is so confusing trying to figure out what is going on, you start to question if this film is worth hanging in for. Once questions start to get answered the movie picks up the pace and you’ll be desperate to see what comes of little Chloe.

It’s rather clever in that Freaks use a child as the main character. It gives way to the whole mischievous nature of a 7-year-old. Like all the things young children rebel against, like her father’s instructions. It also paves the way for the viewer to grow a strong protective attachment to the child.

Emile Hirsch (The Girl Next Door, Into the Wild, Once Upon a Time in Hollywood) stars as Chloe’s Dad. Hirsch is clever in his fathering technique. He manages to distance himself in the earlier scenes letting the viewer question if he is really the father. It isn’t until he steps in and saves Chloe’s life that you realise how much he has only been trying to keep her safe.

Scene stealing actress Lexy Kolker (Shooter, Agents of S.H.I.E.L.D) as Chloe has some amazing scenes that demand all your attention. Kolker easily handles scenes on her own and works effortlessly with anyone else in the scene. At such a young age it’s amazing she is able to showcase so much emotion for concepts not many 7-year-olds would understand.

The entire film is rather basic using minimal sets, mostly set inside a house. It handles the few VFX scenes it has rather well, nothing over the top or executed cheaply. The entire film relies mostly on the actors to showcase the special powers.

Overall, Freaks is a story just about everyone has watched before. There are books and television shows about the same concept as there are movies. Freaks does manage to change it up slightly by using a younger protagonist. On the whole, Freaks is no different than any other film in the same genre. Where Freaks stands out is in the performances, mostly from Kolker and Hirsch. It did feel like the film didn’t quite reach its potential and needed a little more substance when giving the story more of a visual journey as well.