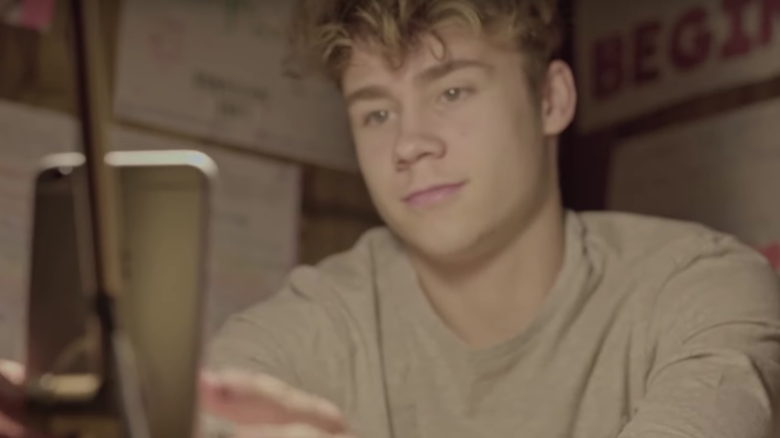 There’s a really interesting disconnect between people who are famous and what it is exactly they are famous for. Jawline premiered at The Melbourne International Film Festival and looks at the interesting, worrying, bizarre and outright weird world of being an online personality and influencer.

The Documentary follows 16 year old Austyn Tester from Tennessee. Austyn has been live streaming regularly for a number of years. Mostly at the adoration of teenage girls.

When an agent discovers him spreading his optimism and positivity online, Austyn starts to see a world of possibilities.

What becomes very apparent is, the conversion from an online “like” to a paid ticket to see him in person is a cut throat world.

Quickly losing motivation and followers Austyn struggles with the realisation, his 5 minutes of fame might already be over.

Director Liza Mandelup only just scratches the surface of a universe that doesn’t make a whole lot of sense. And it probably never will.

To give this online superficial world substance, Mandelup balanced it with the beauty of rural Tennessee. Watching Austyn jump into rivers and quarries and walk through forests put his online world into perspective.

The sad thing is, Austyn honestly believes what he’s saying and doing will make a difference in the world. And he is greatly confident he will get famous to be able to continue to do it.

But what happens when the teens followers grow up and find interest in other things? Trying to find his unique place in the online world to maintain his presence, is as hard as getting discovered in the first place.

The documentary is an interesting look into the behind the scenes of this influencer world. The demand and constant give that’s required to maintain the fellowship.

While following the life of Austyn was interesting, his story never went anywhere. There are a couple more curious characters in the film that would have been far more interesting viewing. Such as Austyns manager, Michael Weist. Who is too homosexual to eat a pizza without a fork. Gave questionable contracts and never paid a number of his influencers.