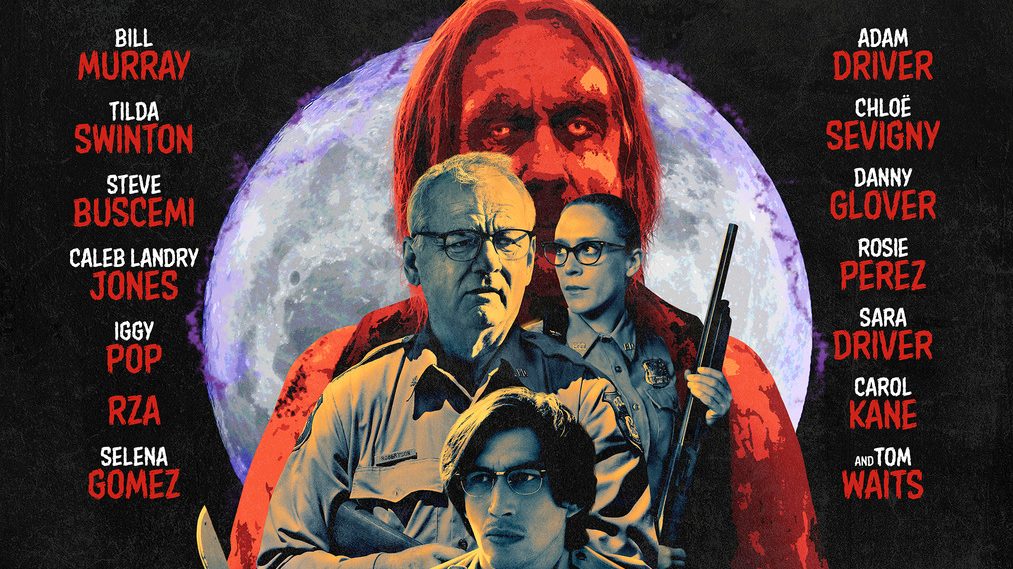 Sure, there are decades of zombie films. And there’s even more than one with Bill Murray. But there’s never been a Zombie film like The Dead Don’t Die. But don’t ask Bill Murray, he didn’t get all the script.

When people are getting murdered and their insides being nibbled on, it can only be one of three things: a wild animal, a pack of wild animals or zombies. With Chief Cliff Robertson (Bill Murray), Officer Ronnie Peterson (Adam Driver) and Officer Mindy Morrison (Chloë Sevigny) on the case, the three soon discover their town is being plagued by Zombies.

Thanks to a wealth of zombie films and television shows showing how to kill a zombie, the three do their best to keep the town and themselves safe.

While this is happening a new addition to town, Scottish Zelda Winston Tilda Swinton) happens to use the apocalypse to make contact with an alien race and have them beam her away.

The Dead Don’t Die comes from the mind of Writer and Director Jim Jarmusch (Broken Flowers, Coffee and Cigarettes, Only Lovers Left Alive). You can tell he’s just having as much fun as he can with this.

There are points within the film where the actors are talking to each other, in character, about the movie. It’s a hilarious, confusing and weird way to carry the script. And at the same time absolutely works. Especially when Bill Murray curses at the director for not giving him the whole script.

It’s Murray who happens to hold everything together. His flat emotion no matter the situation yet his fatherly warmth give his character as Chief Cliff Robertson a comforting but unrelatable persona. You believe everything will be okay even though you can see it’s not.

The movie also stars Adam Driver as Officer Ronnie Peterson who plays a very deadpan character not unlike what we’ve seen from him before.

It works in that The Dead Don’t Die is funny and silly. But it doesn’t work because it’s confusing and it takes the mickey out of itself. Crossing from a zombie apocalypse film to a sci-fi to a drama. It’s almost as if Jarmusch just wanted to see how far he could push it with a studio before they said no.