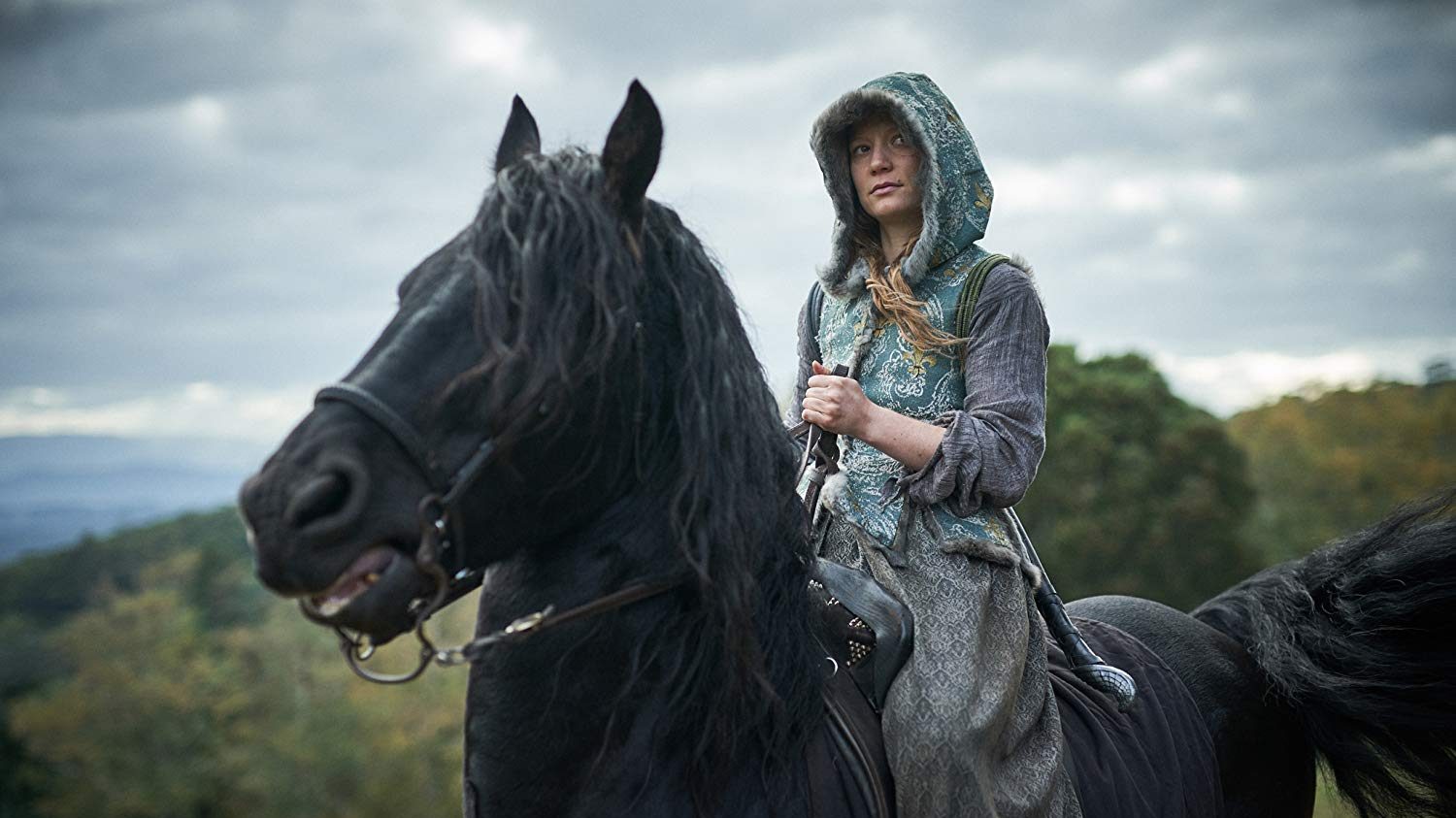 Judy and Punch is a behind the scenes imagining of the puppeteers that have entertained children for decades with the puppet show, Punch and Judy. It teeters on the comedy side as one would expect from such a puppet show. But in actual fact, Judy and Punch is a dark and twisted and just as horrible a story about domestic violence, sexism and outright chauvinistic disgust.

Punch and Judy have settled back to the place of Judy’s birth, Seaside. Living with the two servants who parented Judy and now Judy as a parent herself. Their main challenge is keeping Punch on track and not succumbing to his old ways of alcohol and adultery.

When Judy heads into town to do some work around the theatre for their next show, Punch is left with the baby. But having no clue on what to do Punch manages to kill the baby. Angry and extremely upset Judy is badly beaten by Punch and left for dead.

As fate would have it, a group of children stumble upon Judy’s body that had been dumped in the forest. With the help of a community of outcasts, Judy is aided back to health and her revenge is plotted.

The first thing that doesn’t quite sit with Judy and Punch is the bizarre blend of accents from Irish, English and even Australian.

The second thing that doesn’t quite sit is exactly what they were trying to do with this medieval rural town of Seaside. It was in between being a believable town and one step too far to actually comprehend what is going on.

Lead by the talented Damon Herriman (Once Upon a Time in Hollywood, The Nightingale, No Activity), he was able to bring a great deal of chauvinistic anger to the role. But he seemed to be unable to hold it longer than major outbursts. This gave his character a sense of distance to the scene making it hard to connect.

The entire film is a whimsical imagination of the story of the puppeteers Punch and Judy. However, it’s as if the film is only really using the basics of the puppeteers to give the story some substance and something the audience could relate to. Take that away and the story, minus anything puppet related, would stand on its own.

It would have been more interesting to follow deeper into the world of the travelling puppeteers and the work they do. Or alternatively, remove that aspect altogether and focus on the lives of these two troubled individuals and how they overcome such tragedy.

Overall, Judy and Punch is a horrible and sometimes funny film. Using the puppeteers as a basis for the behind the scenes in the life of style story, the film is, for the most part, an interesting tale. It does tend to get a little too dark for the subject matter, but that quickly manages to whip back.