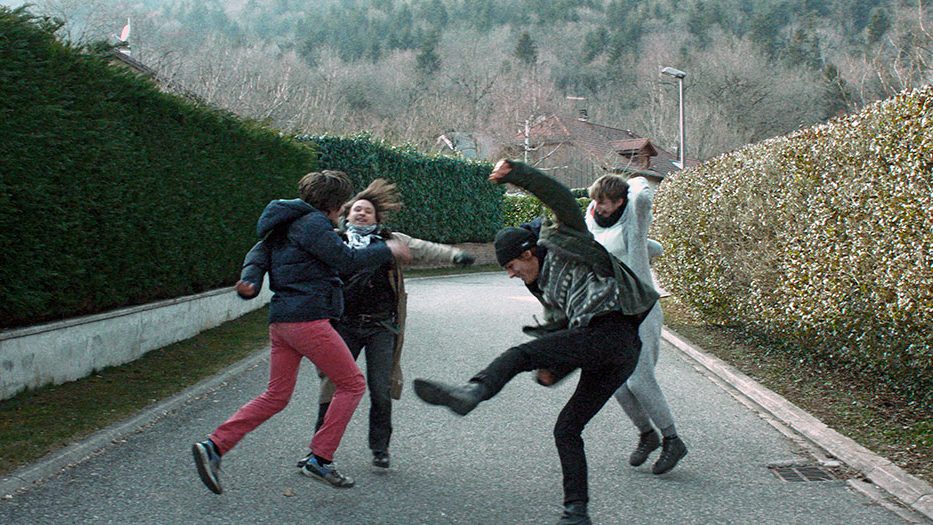 French film has always provided something not many can achieve. The French know how to use a camera (Amélie), they know how to write amazing scripts (The Returned) and they most certainly know how to act and bring characters to life for the screen (The Intouchables). But the French film Particles manages to achieve none of the above and begs the question if it was worth making at all.

Living in a small town, near the French-Swiss border is teenager P.A. In this small town where it seems there isn’t a great deal going on, is the world-famous hadron collider. Be it related or not P.A. is noticing some strange occurrences around town.

When P.A. and his group of friends go camping things take a turn for the worse while under the influence of mushrooms. The group of friends wake to find one of their friends has gone missing and with time, is never found.

Particles is a bizarre combination of sci-fi and a coming of age story. It captures all the things a modern-day teenager would experience. Experimentation with drugs, love, loss and finding their place in the world.

The movie then looks at the science and the human body. It looks at how manipulating and recreating some of the world’s biggest science, the hadron collider, and how it might affect mankind.

The two are confusing and hard to follow what exactly it is the director, Blaise Harrison is trying to achieve. His use of science and story tend to get a bit lost in each other, making it particularly hard for the audience to comprehend and follow along with.

The visual story is just as confusing. Using alternative, almost artistic shots and VFX add to the further confusion of the film. It attempts to tell a scientific story in a visual display taking the viewer on a journey to combine the science and story. But what you end up with is a visual sensory overload while you’re still trying to figure out what the story is.

Particles is a great example of when the Director attempts to include too much information. Attempts to give a visually appealing film that is too intense and hard to understand. And attempt to try something different without understanding exactly what it is they are trying to do.