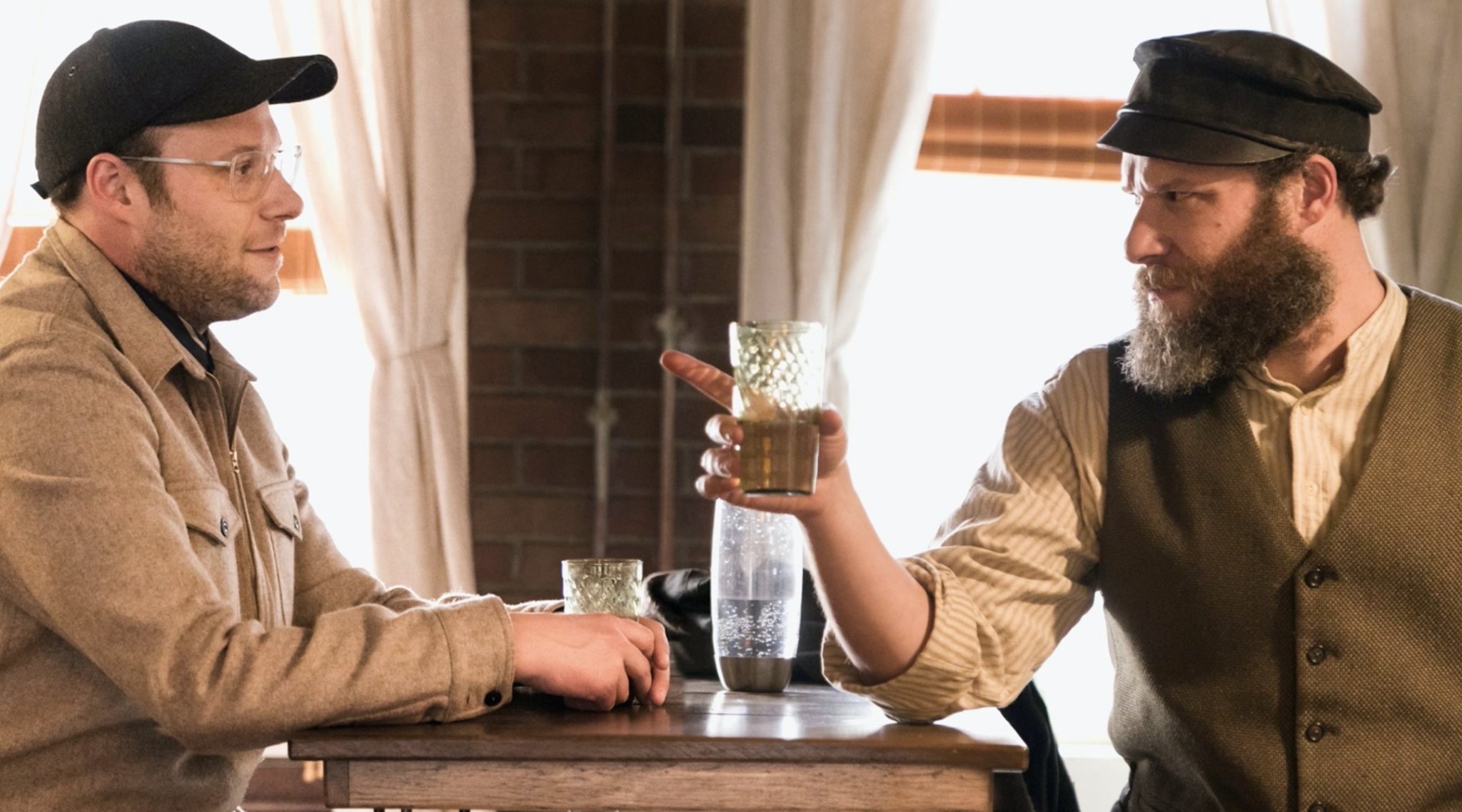 Herschel Greenbaum is a stoic, strong, hardworking Jewish man who immigrates to the United States with his wife in the early 1900s. Trying to set up a new life for his family, he works in a pickle factory chasing and killing rats with a plank of wood. One fateful day, the number of rats becomes too much to handle and Herschel is forced off a high ledge, falling into a large barrel of pickles. The pickle factory is condemned for closure and Herschel awakens 100 years later; his body perfectly preserved by the pickle juice. After becoming a huge media sensation, he finds out his only living relative is his great-grandson Ben Greenbaum, who is tasked with the responsibility of helping Herschel adapt to this new modern world.

Both roles of Herschel and Ben in An American Pickle are played by Seth Rogen. Not always an actor praised for his acting skills (even though his work in comedy over the last 15 years has been substantial), he does have a lot to do in this movie playing to incredibly different characters. Ben Greenbaum, a freelancing app developer, is ultimately Seth playing the character he’s known for in pop culture. He’s a quirky, easy going guy who doesn’t mind just being another person blending into the background. It’s his performance of Herschel where Rogen gets to shine a little more – and evidently, look like he’s having a fair bit of fun on screen with this character. Herschel is the definition of “a product of his time”. He believes any disagreements can be solved with violence, that all prices can be bartered and that religion should be the forefront of everyone’s existence. This juxtaposition between Ben and Herschel is where a lot of the comedy lies.

An American Pickle isn’t afraid to completely lean into the silliness of its premise. The world that this movie is set in is larger than life. Scenarios like the science behind Herschel’s preservation is universally accepted after one press conference or the entire city backing Herschel to run for mayor and in the way it’s portrayed in the film, open up the suspension of belief and allows the audience to have a bit more fun with everything that’s going on. One thing this story does well that most films of this nature can do, is to focus too much time on the wonderment of the ‘modern world’. Screenwriter Simon Rich strays away from the discovery of phones or TV’s, instead using a Seltzer water carbonator to blow Herschel’s mind with fizzy-water, showing him what what this future is capable of without using up too much of the movies 85-minute runtime. It’s light hearted and fun approach to humour also allows for an endearing feel to the story.

Watching Herschel attempt to navigate his way around his new life, matched his unbreakable spirit, adds an emotional element that helps drive the movie’s first and third acts along. The underdog story, especially his attempts to impress his early 1900s wife, immediately creates empathy for Herschel and allows the emotional elements of the movie to take a strong stance in where the story goes. While this does occasionally fall to the wayside during the second act as the story focuses more on its absurdity and shifts in tone, it’s still a refreshing feeling to have some heart in a comedy that could just rely on silly humour.

An American Pickle doesn’t always hit homeruns with the jokes or emotional moments, but there is a sense of endearment that will leave you with a smile. Mix that in with some silly-yet-fun humour (very much in the vein of Seth Rogen’s style) and you got an easy to digest comedy for a Friday night at home watch.