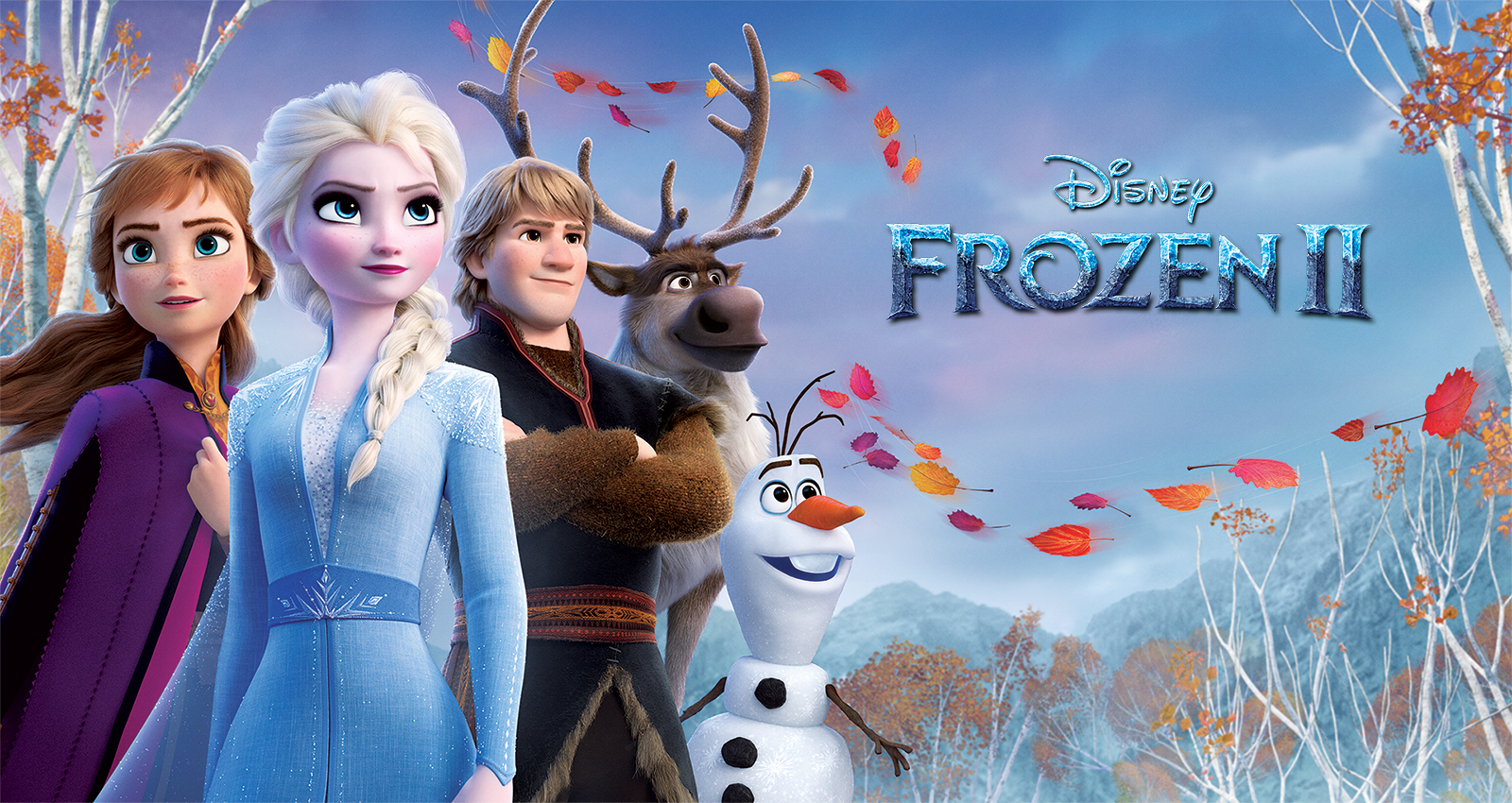 It’s been 6 years since the original Frozen film was released, taking over the world and becoming an international pop culture phenomenon out of nowhere. The songs, the gorgeously realised 3D world of Arendelle that felt like a real life place was incredibly beautiful to behold. The now infamous tale of Disney spinning the classic fairy tale of an act of true love between two sisters is now firmly cemented in popular culture. How could you follow up such a huge hit? The original filmmakers Jennifer Lee and Chris Buck are back again writing the story based on Hans Christian Anderson’s The Snow Queen (VERY loosely!) in a new adventure that takes the whole gang on a road trip to an enchanted forest while Elsa’s powers are growing stronger every waking day.

Things are plodding along as they should in the kingdom of Arendelle, Elsa (Idina Menzel) and Anna (Kristen Bell) have opened the gates of the kingdom and are living out their days with Kristoff (Jonathon Groff) and Sven going along with the status quo of kingdom life. Snowman Olaf (Josh Gad) has been given a perma-frost spell so he is loving the autumn change happening in the air. This is perfectly reflected in the song “Some Things Never Change” which showcases just how normal their lives have turned out to be. It’s not all normal though, Elsa has been hearing a voice at night singing to her, calling outside the confines of the kingdom. Elsa follows the voice, along with the rest of the gang to find an enchanted forest covered in mist. They must work together with the four elements Earth, Wind, Fire and Water to uncover the fifth element and unlock the secrets of the forest.

Frozen was a huge film for me personally, it continued the fairytale resurgance after another favourite Tangled and brought the underlying messages of accepting who you are, that a family and friendship bond can be just as strong as being saved from a prince and added one of the best soundtracks of any Disney film to date. It was with a lot of trepidation that I went to see the sequel, as how could you possibly expand on a film that was originally intended a single entry.

Fortunately my fears were elated as Frozen 2 delivered a story that explored an area outside of Arendelle that still had the elements of the first film that I loved, the songs, oh the songs! At first I wasn’t sold, they felt a little off, nowhere near as catchy as the first films, it wasn’t until Kristoff has his big 80’s ballad moment that I was completely won over to the soundtrack of this film. There is also a call and response earworm that you won’t be able to get out of your head for days (good luck with those kids!) The highlight is definitely Into The Unknown both the movie version and the incredible Panic At The Disco version. The only song I didn’t really connect with is the Reindeer Are Better Than People 2 which was an odd addition in this film. The score soars over the incredible visuals creating a hauntingly beautiful atmosphere in a truly magical world.

Visually this film takes animation to another level with some of the most jaw droppingly gorgeous effects ever crafted. Walt Disney Animation Studios have clearly learned some tricks from the now in-house Pixar team and have delivered a world rich in detail. The scene from the trailer in the ocean with the waves pouding and sea foam settling is such a minute detail, but the level of care taken in making this look so photo-realistic is astonishing. Similarly each character has been given a huge upgrade and while they aren’t radically different, it is the subtle changes and the outfit details that really make the difference here. Having a change of pallette and season with autumn is such a great contrast to the first film. The browns and orange leaves that whirl around the screen that mix with the dark and foreboding forest reminscient of classic Disney animated films is truly a work of art.

The story arc moves in and around the inhabitants of the forest and a quest to right some wrong’s of the past. There is no actual villain in the film which is another surprise for a Disney princess film. It could easily have descended into a mess, but fortunately Lee guides the story to have weight as Elsa’s powers are still getting stronger every day. The rest of the cast could easily have felt like they were just along for the ride, fortunately Anna goes through a journey of self-discovery finding her own strength without her sister by her side. Similarly Olaf ends up alone and bonds with the fire element and poor Kristoff gets lost in the woods with Sven about mid-way through the film with a big arc at the end of the story. The enchanted forest is used as a device to bring them together, divide them so they can go on their journey and then bring them together again. It is a great inter-twining story that is written with care and a deep understanding of who these characters are and how this journey effects them all individually. Both the songs and theme’s aren’t afraid to go into some darker territory with the movie exploring themes of colonialism, death and depression. It is done in such a way that kids can still watch it and understand without being overly preachy. It is a fine line to walk with issues like this and it is done perfectly.

Frozen 2 is on par with the original, time will tell if it will become the pop culture phenomenon that the first one was. There are a bunch of great new songs to get stuck in your head with some truly eye popping animation that is worth the price of admission alone. Olaf does take more of a centre stage in this film and it is purely to entertain the little ones. Seeing Elsa and Anna maintain a close relationship while also going on their personal journeys is something special for all ages to see in a Disney film.