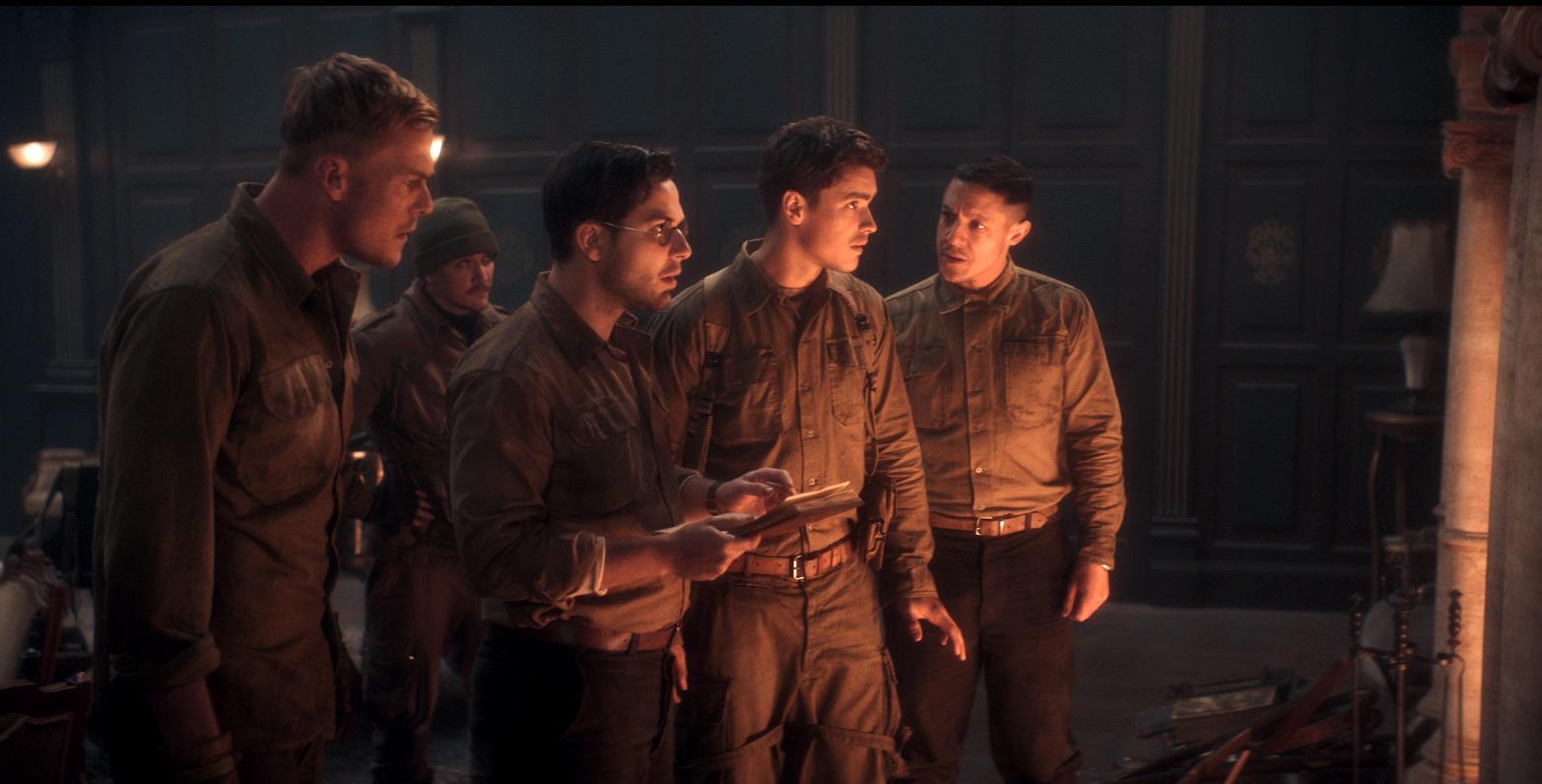 Centering a story around a group of soliders in WWII is no original thing, but add in a supernatural element, a cast of young familiar faces and some great special effects and you have a movie that’s perfect for a Saturday night in.

The film is set in 1944 and a group of five soldiers led by Chris (Brandon Thwaites) Butchie (Alan Richardson) Eugene (Skylar Astin) Kirk (Theo Rossi) and Tappert (Kyle Gallner) are all soldiers in Nazi occupied France during the second world war. They are in charge of guarding a chateau that seems abandoned, after they spend the night and supernatural events start happening, they are roped into a house that invades each part of their brain playing tricks and mind games to tear them apart.

What really stood out in this movie is the cinematography. The house itself is beautifully detailed keeping with the style at the time. Having the mystery of something popping out from every dark corner of the space is something that Lorenzo Senatore absolutely nails in this film. While a lot of the scares are jump ones, this is something that has been overdone in these kinds of films in recent years, fortunately it feels fresh and the combination of the aesthetic of the house itself with the supernatural beings make for a winning combination.

Director Eric Bress does a fantastic job of making you care about these 5 soldiers from the opening shot. As their journey evolves and things get stranger, your focus and attention is sorely on making sure that these 5 soldiers get out of this situation alive and solve the mystery that this chateau alludes to. While there are a lot of supernatural elements in the story, it really is a character driven story that explores the effects of war on young soldiers, especially those placed in foreign territory with little awareness of what is really happening in the bigger picture. While this is alluded to, it is never fully explored as the horror elements need to be implemented for the movie to live up to its name.

Performance wise, it is obvious that this cast were chosen for their abilities and the chemistry they have together as a group plays a large role in allowing you to suspend your belief. Thwaites in particular commands the screen as the lead. While his backstory is not as detailed as the others, he plays a lot with his eyes expressing the shock, horror and curiosity throughout the story. Ritchson is typecast again as the loudmouth American and while he does play this role well, it was another character that didn’t have much depth and could have had some more on-screen time to help this. Astin plays the nerdy smart guy and does actually really well in this role. His character is very philosophical and it really fleshes out his character. I would be remiss if I didn’t mention Billy Zane who plays Dr. Engel, a crazed lunatic who is unafraid to pull the punches.

Ghosts of War is the perfect film for a movie night at home. It has just enough frights to keep you on the edge of your seat that weave with a great story embedded in war and despair that make this a great choice for a night in. Packing in a star studded cast from your favourite TV shows and movies also helps you instantly feel at home with this movie.

Ghosts of War is now available on Google Movies, Apple Movies and online digital video stores for rental and purchase.

Like Loading...
Newsletter Signup
In this article:2020, brandon thwaites, ghosts of war, leithal reviews, movie review, movies
Up Next: