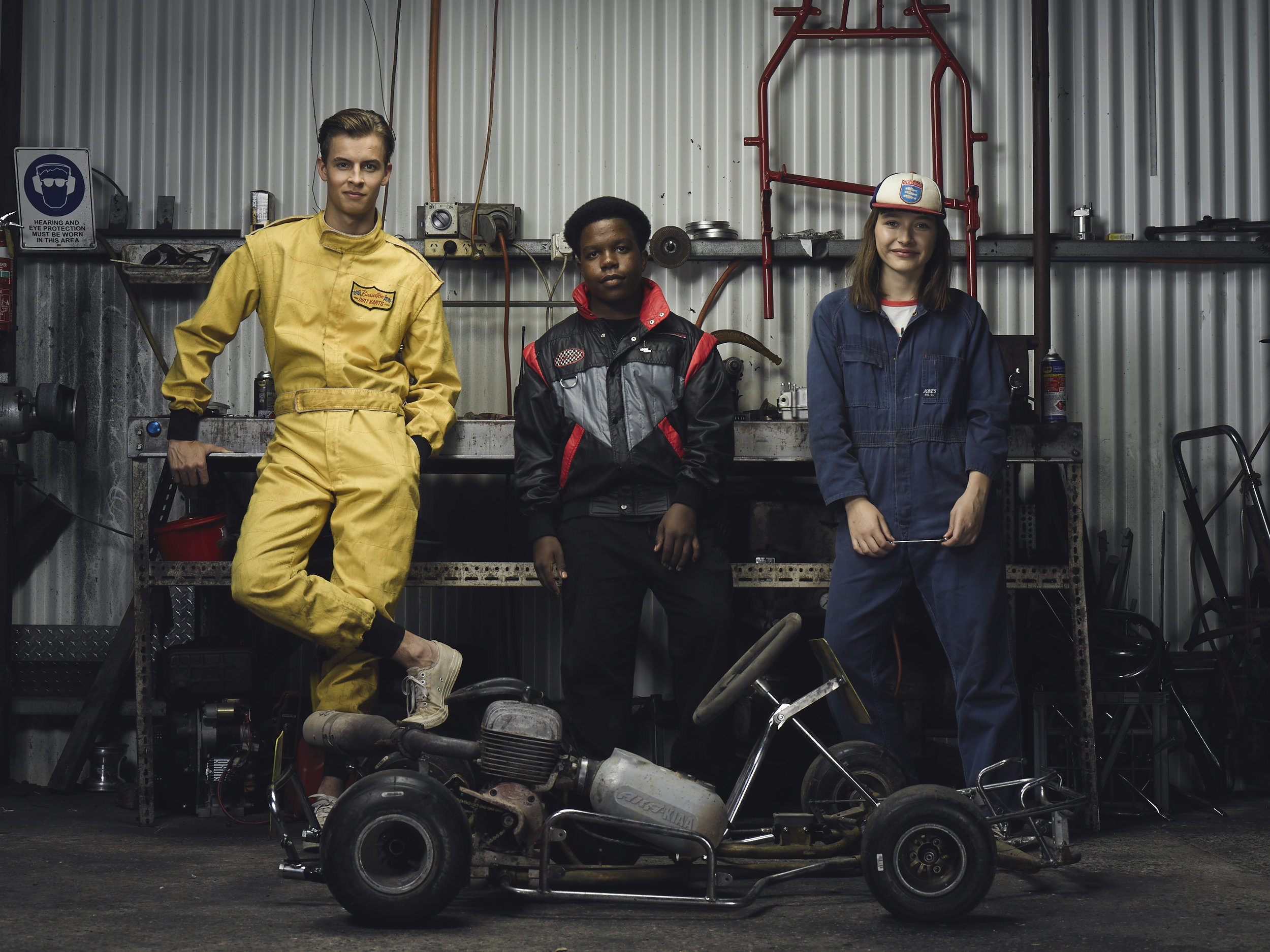 Remember back in the 90’s when we had family sports movies like Mighty Ducks, Cool Runnings and The Sandlot? Director Owen Trevor is throwing back to that time with Go!, a movie centered around go karts and set in the incredibly beautiful Bussellton in Western Australia. The film has some veteran Aussie actors teamed up with some young up and coming talent that shine a light on our branded Aussie humour combined with an underdog story that the whole family will enjoy.

The story revolves around Jack (William Lodder) and his mum Christie (Frances O’Connor) who have recently moved to Busselton in Western Australia after the death of Jack’s father. After being invited to a local boys birthday party at a go kart track, Jack gets a taste of racing and bonds with Colin (Darius Amarfio Jefferson), a social outcast at school. The two bond over their new found love of kart racing and get the attention of school bully Dean (Cooper van Grootel). Dean is also a kart racer and is the undisputed local winner of the National Go Kart Championship for the last few years. Jack recruits old professional racer and kart track owner Patrick (Richard Roxburgh) with helping clean up the track and business in return for training and laps on the track. As the competition heats up between Jack and Dean, they recruit engineer Mandy (Anastasia Bampos) to help update the kart and take on Dean to win the National Go Kart Championship.

Recruiting O’Connor and Roxburgh is genius casting. The two intertwine well with newcomers Lodder, Bampos and Jefferson in particular. Lodder is able to express the feeling of a young boy coming into his manhood who has just lost his father. He also has a few scenes where he is playing a Playstation and racing his Dad’s ghost car in the game, trying desperately to bring back the moments they shared together. These scenes are incredibly moving and show what a future Lodder has in the industry. His interactions with O’Connor as mother and son starting over are beautiful. Their dynamic is fantastic with Jack buying dinner and cleaning the house while Jackie works at her local shop during the day. Jefferson is a newcomer to the industry and has excellent comedic timing.

Visually the cinematography is breathtaking. I have never been to Bussellton myself, the beautiful beaches mix with seaside homes and 90’s style sea shack homes. If that wasn’t enough the camera really comes into its own when it zips around the go kart track with a mix of long and snappy shots that capture the fun and intensity of the racing. The cinematography by Peter Eastgate and Rick Rifici is some of the best in recent memory and will make you want to book tickets to Western Australia.

Go! is an incredibly well crafted and masterfully produced Aussie gem. The film has an incredibly heart-warming story that is a classic underdog tale. A ton of great Aussie humour is injected into the movie that are complimented by some truly great performances from the newcomers and veteran actors. The cinematography is nothing short of pure art and the film proves why Australian cinema is so important and must be celebrated.

Go! is showing in cinemas now.