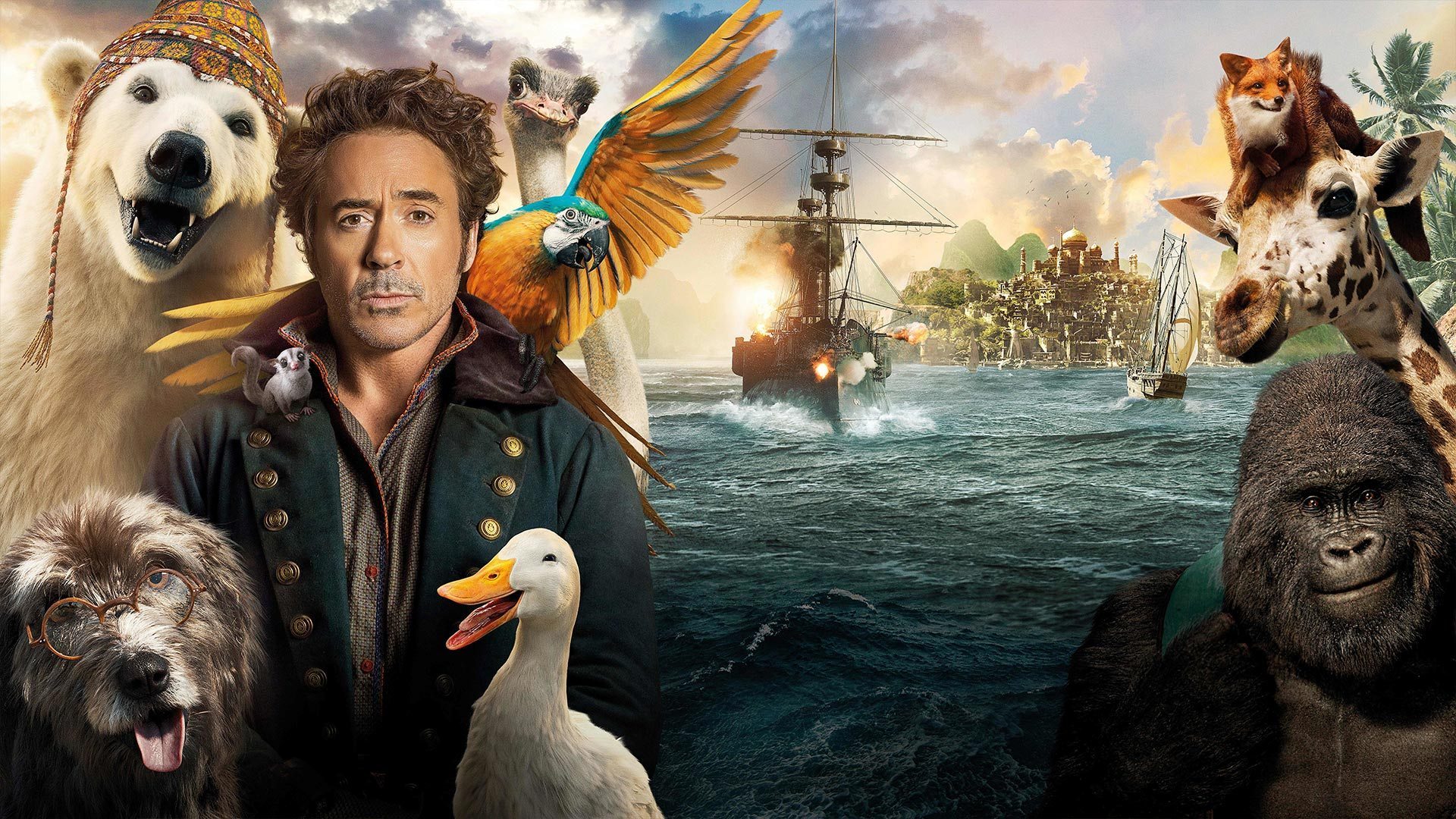 Robert Downey Junior is the third actor to take the reins of Doctor Dolittle, a franchise now welcoming in its third take on the story. This time around the story takes inspiration from the second book in a Victorian setting. This movie has seen many setbacks with release date delays, production hell and editing that has clearly still not been finished after the movie’s release. Also taking into account RDJ’s muddled accent and a fairly weak story, Dolittle is truly the first major dud of 2020.

Dolittle (RDJ) has mourned the death of his wife and become a social recluse hiding out in his estate that the Queen has granted him for life. The doctor no longer sees patients or leaves the grounds, complete with a long beard and unruly hair. When Queen Victoria (Jessie Buckley) falls ill, Dolittle is forced to leave his estate to follow his late wife’s research to find a hidden island that houses the Eden fruit to heal the Queen and keep his estate. Along for the ride is his rival Blair Mudfly (Michael Sheen) and campy island king Rassouli (Antonion Banderas).

It is really hard to pinpoint exactly what went wrong with this film. The story is based off the second book in the series and while the books are classic, the story here is muddled and struggles to make sense. This could be due to the change of directors and the back to basics editing that this film undertook after some disastrous test screenings had re-shoots and a date move from April to January. You can’t really leave it there either, the CGI is barely passable at times and there are moments when important scenes are replaced by narrative exposition accompanied by a flyover shot. It is incredibly frustrating and sloppy and could also be due to the re-shoots and editing late in the films process.

The voice acting is what is truly baffling about this film. There are some really big names here like Tom Holland, Rami Malek, Kumail Nanjiana, Ralph Fiennes, Jason Mantzoukas and Emma Thompson. Their animal counterparts are simply one note jokes that at a lot of times don’t match what is happening by their human counterparts. It is an incredibly confusing and irritating part of the movie and reeks of sloppy post film editing that doesn’t fit.

Regrettably there is no real redeeming qualities about this film that can make me recommend that you pay money to see it at the cinema. Kids may enjoy the plethora of fart jokes and if you ever want to see bagpipes being pulled out of a dragons butt, then this may be the film for you. Fans of RDJ may want to skip this one and forget it exists and any fans of the property will do well to just re-watch the old films for their Dolittle fix.

Dolittle is now showing in cinemas.