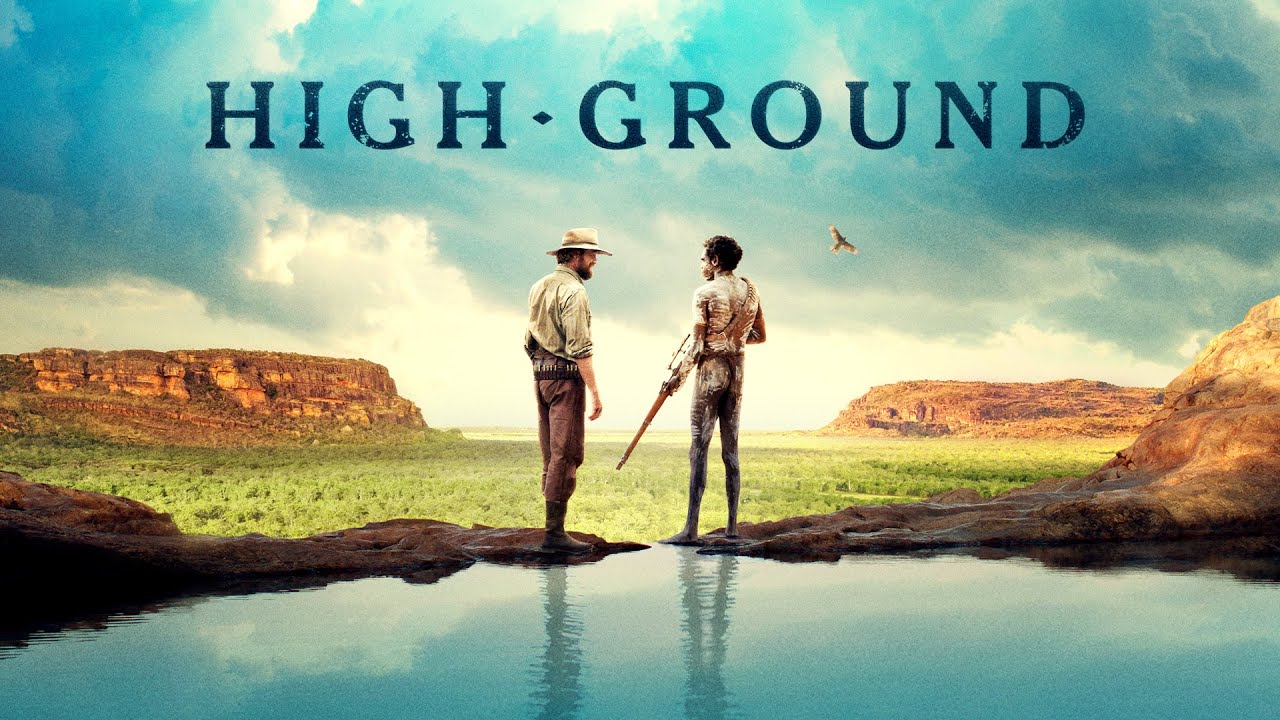 High Ground is a film all Australian’s should watch. It’s also a film that will leave you feeling a little broken and selfish. There is something to say about a film that can make you feel, think and wonder days after you’ve left the cinema. High Ground does just that.

It’s the 1930s and ex-soldier, Travis (Simon Baker), is putting his skill as a sniper to use as a policeman in northern Australia. He’s been sent on a peaceful mission to understand why a cow was killed by some men of a local tribe. But when some trigger-happy policemen decide the peaceful tribe isn’t coordinating, a horrible shoot-out occurs. Only the Aboriginals don’t have guns.

In an attempt at revenge Baywara (Sean Mununggur), who managed to survive the massacre, is terrorising settlements. To stop any further damage, Travis is called in to assist alongside the only child to have escaped the massacre Gutjuk (Jacob Junior Nayinggul), Baywara’s nephew.

Raised by a mission Gutjuk and Travis form a bond helping each other try to make peace with that fateful day. Only their ending isn’t as expected when Travis becomes a new target.

There is no denying the subject matter of this film is gut-wrenching and heartbreaking at the same time. High Ground goes about the treatment of Aboriginal people in Australia in the early 1900s in what can only be imagined as accurate and disturbingly true. The horror of what these Aboriginals dealt with and the conflict with the white man trying to claim their land has a very real feel. So much so it’s clear while this isn’t a factual event, you can see the ideas were taken from many stories and recounts of such atrocities.

Simon Baker (The Mentalist, The Devil Wears Prada, Breath) leads the cast as Travis. An ex-military man who has a conscience. Baker gave the character a number of layers, as he so often does with his roles. On the surface you have an abiding officer of the law, what you see is what you get. But below he starts to become entwined with what can only be a troubled past and a battle between what he feels is right and what he thinks he should do.

Alongside Baker is newcomer Jacob Junior Nayinggul as Gutjuk. It’s surprising this is Nayinggul’s first film as he manages to bring a wealth of emotions to his character. All the while delivering his lines with such earnest of which seasoned actors even struggle with. His chemistry alongside Baker is commendable as he not only stepped up to be present in the scene with Baker but also held his own.

The one thing that stood out in High Ground, aside from the amazing ability to tell such a horrible story by Director Stephen Johnson. It’s actually the way Johnson managed to capture the essence of northern Australia. Along with the Cinematographer Andrew Commis, the visual splendour of the Northern Territory is truly breathtaking and remarkable. It’s something most Australian films set out to do, capture how beautiful Australia is, but High Ground managed to become intimate with it.

Overall, High Ground is a remarkable film that all Australians should see, feel and understand. Despite the horrid subject matter, the story is one of adventure and mystique. A journey you are hesitant to be on but so glad you’re along for the ride. With some absolutely stellar performances, High Ground will leave you with all sorts of feelings.