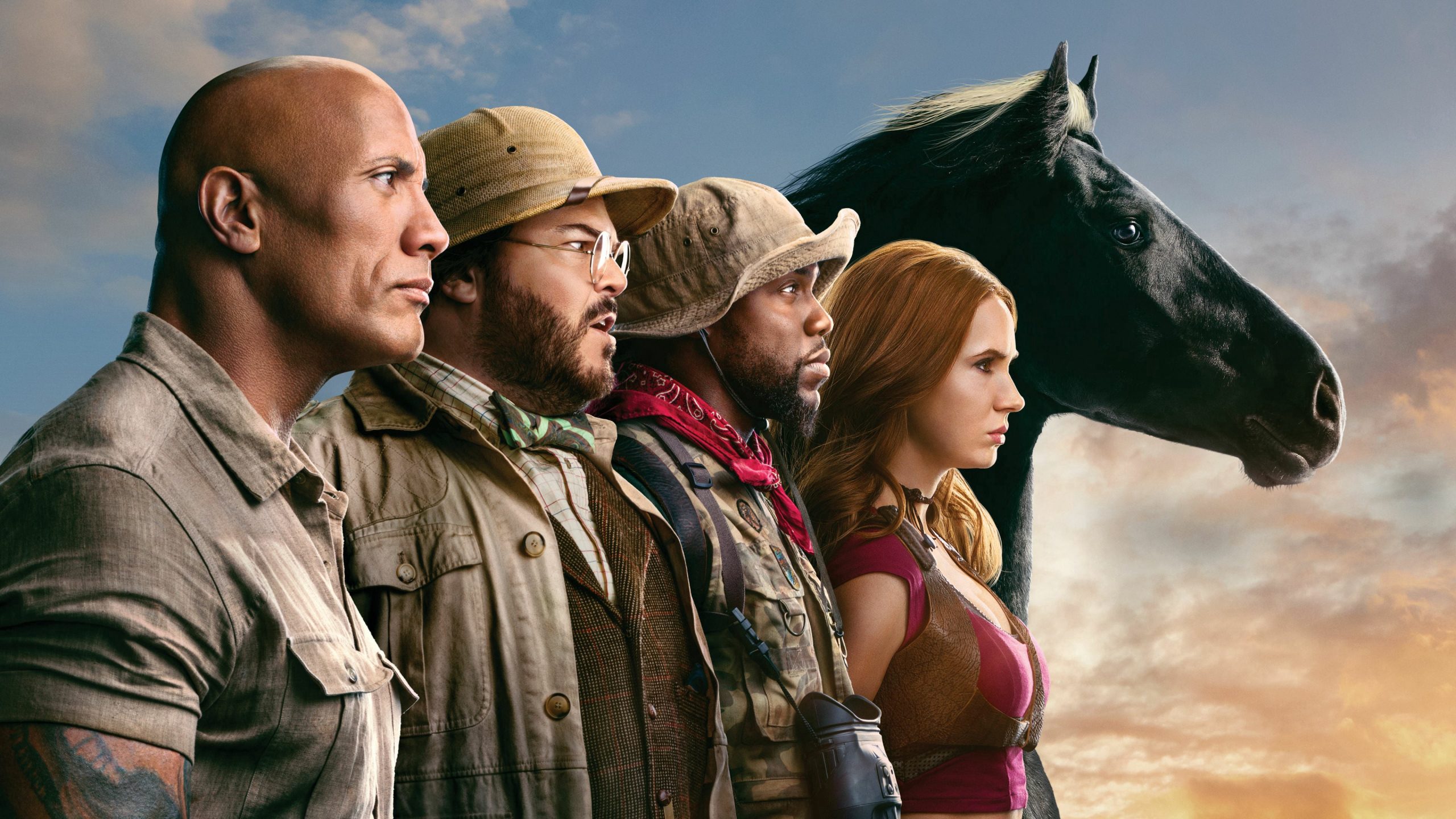 Welcome To The Jungle was definitely the biggest surprise at the box office on its release. The film was a reboot of the much loved 1995 title starring comedic legend Robin Williams and has garnered a huge following over the years. When Sony announced they were making a semi-sequel/reboot I think it is fair to say that everyone was skeptical. Particularly now that Williams is no longer with us, how could this film possibly live up to the original. Fortunately it was a massive hit both critically and with audiences and made bank at the box office despite strong competition in the crowded Christmas period. The Next Level is the follow up to this title and has all the fun of the first film with some added characters, stakes and laughs delivering a sold sequel that avoids overstaying its welcome.

The story follows the four teenagers from the first film Spencer (Alex Wolff), Martha (Morgan Turner), Fridge (Ser’Darius Blain) and Bethany (Madison Iseman) who have all graduated high school and move away to go to college. They are set to reunite back in their hometown when Spencer reveals he is not coping living in New York, longing to feel strong he jumps back into Jumanji to become Dr Bravestone, the strong and fearless warrior from before. When his friends realise Spencer is missing they jump into the game and are unwillingly followed by Spencer’s grandfather Eddie (Danny DeVito) and his business partner Milo (Danny Glover). Once again the team need to figure out how to save Jumanji and get home, this time though the body switching happens a lot and the new characters include a horse and a stealthy burglar Ming (Awkwafina).

The story uses the body switching mechanic several times throughout the movie which is a great device to keep things moving when they begin to slow down. It also allows for the main avatars and actors to play each other as well as the grumpy old grandpa’s which generates a ton of humour. I never thought I would see the day that Awkwafina got to play an 80 year old Danny Devito. The impression is hilarious and something I will remember for a long time. While it is very similar to the first film, it does offer higher stakes and the constant switching keeps things moving along. The addition of new players are a welcome breath allowing for additional comedic moments. The three new additions are picture perfect for this film and could be great series contributors if the franchise keeps moving forward.

Visually the film does look a little samey due to the similar jungle setting from the first film which is a little disappointing at first, however the movie does move into a tundra setting with ice and snow and a desert in the later parts of the film which creates a nice balance. The avatars have all different strengths and weaknesses this time around which does mix up the character traits, don’t worry Bravestone still has his steely glaze intact.

What did let the film down was the dance fighting part, Ruby Roundhouse has the same song which is disappointing, it did feel like it was only there because it was in the last one. That aside this film is a solid fun time, best experienced with a group of friends who enjoy a good comedy. While the film does have a lot of mature content, it is definitely still suitable for the whole family.

Jumanji : The Next Level is a huge step up for the series, delivering a solid sequel that avoids being inferior to the previous instalment. The video game inspired script combines with a coming into adulthood story that are complimented by outstanding performances from the entire cast. The Next Level proves that filmmaker Jade Kaskan is onto a winning franchise and should definitely be entrusted with the next film. Make sure you see this on the biggest screen you can with the best sound for the best experience. Make sure you stay till the end credits for a sneak peek at what is next!