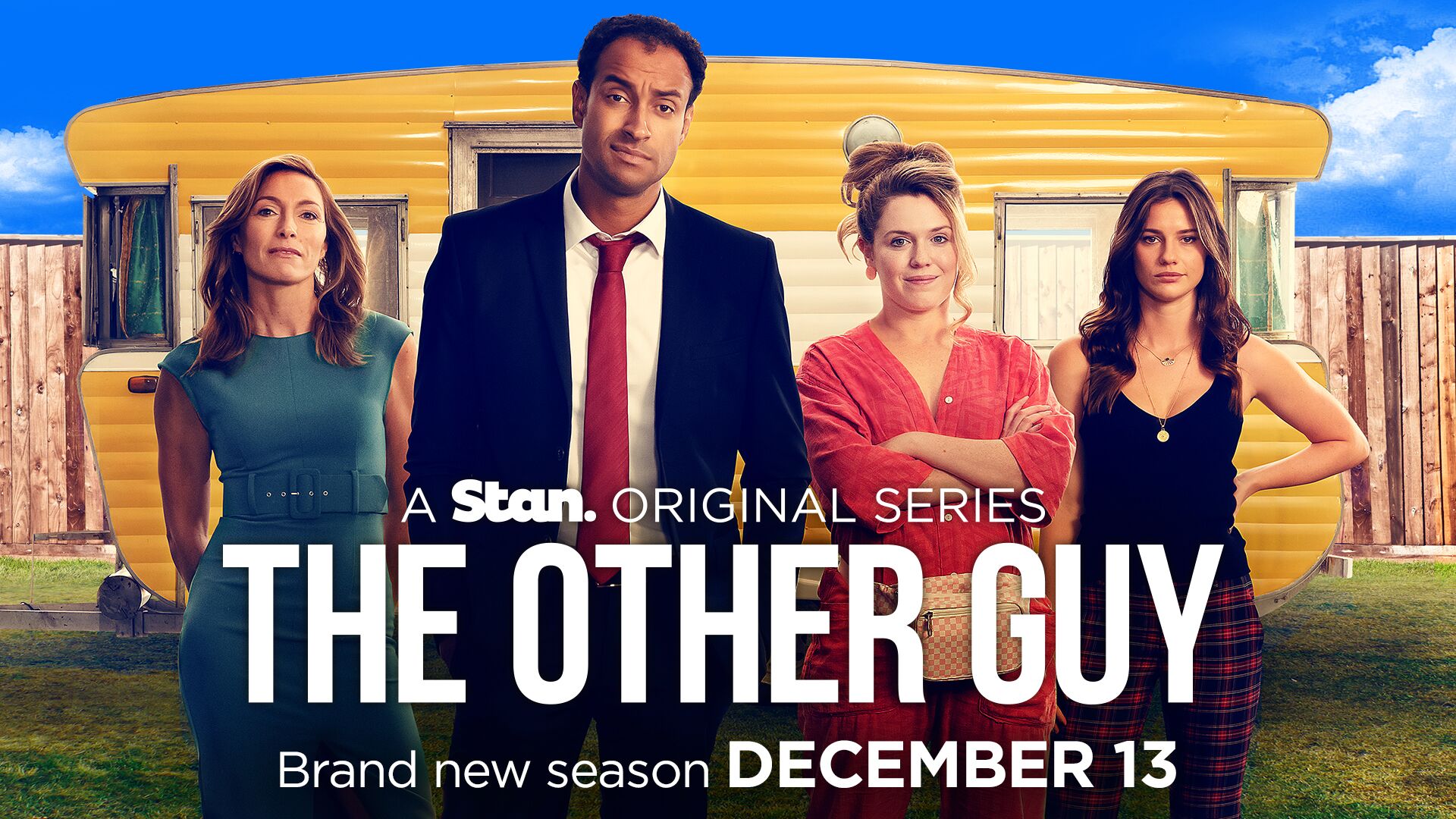 Matt Okine has crafted one of Australia’s best modern comedies with The Other Guy. Season 1 had a great premise but was bogged down by only having a short number of episodes which didn’t allow for much character exploration and some of the comedy just didn’t land as well as it could have. Fortunately after a year off, the second season is here and is much more well rounded and refined with some great new cast members and a much raunchier and darker comedy style that has elevated this show from a good watch to a must watch.

Season 2 revolves aroud AJ Armon (Matt Okine) who has decided to deal with his upset over his relationship breakup by turning it into a TV show. To help him along with this is TV executive Miranda (Claudia Karven) who will help shape the show to be a success. When the death of a mutal friend brings Stevie (Harriet Dyer) back into AJ’s life, she is attempting to get her license to drive to see the giant Bilby before it’s taken down. Fortunately their relationship is repaired and the two are back to help each other through the next stage of their lives.

By far the best thing about this show is the relationship between AJ and Stevie. She is described in the show by another character as quicksand, bringing everyone else down with her. The reality is we all want a friend like Stevie, she is fierce and loyal and tells it like it is. This show is at its best when AJ and Stevie are up to their antics together. This season in particular has many in store for example a goon bag with dildo attachment to fool a drug test. There are many more but I want to leave them as a surprise.

Stevie also has a story arc of her own attempting to get her license and dealing with some squatters in her caravan after a one night stand goes horribly wrong and she can’t say no. There is an incredible tender scene with veteran actor Barry Otto and an order of chicken that if you didn’t love her before, will make you fall head over heels in love with her. The fact that she has alot more screen time this season is a testamant to her character and how deserving it is to get more one on one screen time with her.

There are some other great guest stars this season like podcaster Yumi Stynes , Matt Day, Fiona Press and previously mentioned Barry Otto. The comedy is a lot more grotesque humour this time around with some incidents that I don’t want to spoil just yet. It feels like there has been a lot of refinement to the show since its first season and it really shows. The pace and evolution of the story is well balanced with the comedic elements which are still a main part of this season.

The Other Guy season 2 is a welcome return to Aussie comedy, with a flavour that millenials in particular will shine to. Okine is outstanding as AJ and his comedic timing couldn’t be more perfect. The chemistry between him and Dyer really shows as their characters interact a lot more this season while exploring individual arcs. New additions to the cast including Karven and Otto add some age diversity to this show while also bringing their surperior acting chops. The Other Guy has really come into its own this season and is a MUST watch comedy.

You can watch the brand new season of The Other Guy now streaming on STAN.