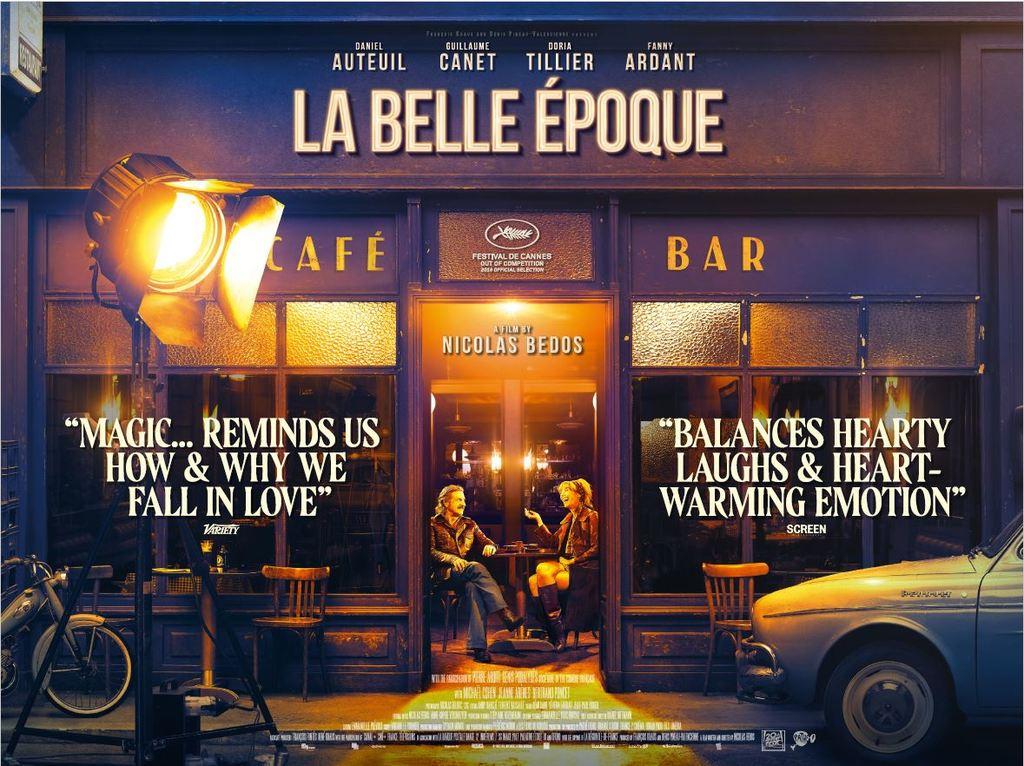 Love is as complicated as it is trying to understand what love actually is. If you had the chance to go back and relive the moment you fell in love with someone the question would be, how long for. And that question comes with a hefty cheque.

Victor is in his 70s and he doesn’t quite understand technology or the way of the world. Some would say he is stuck in his ways. His wife Marianne is the opposite. She is still working and right on the cusp of technology creating a psychologist AI people can use around the world.

While Victor has become bored with his life, Marianne has had enough trying to motivate him to keep her feeling young. So, they separate.

However, in an attempt to bring his parents back together their Son Max gives Victor a voucher. The voucher gets him a chance to relive a memory. With extravagant sets and highly trained actors, Victor goes about meeting his love for the first time, again.

The plan works a little too well when Victor falls in love with the actress playing his wife. Victor goes back to work to continue paying for the memory where he spends all his spare time. When it all gets out of hand and with some clever direction and acting, Victor is set back on track with a new lease on life.

The film comes from Director and Writer Nicolas Bedos who has a history of bringing love to the big screen as an actor, writer and director. Bedos manages to capture that warm and wonderful sensation only love can bring. His understanding of how love looks and feels is a talent not many can visualise.

Leading the cast is Daniel Auteuil who does a lot of things with his character. Not only does he play a ‘stuck in his ways’ old man, but he also captures a fatherly figure, a sense of comfort when he is around and also this unlimited amount of love that for some reason he seems to have forgotten about.

There is something clever about this film in the way there is a film set built into a film set. The premise of the film is about living out a fantasy or memory which is then recreated in a liveable set. Behind the mirrors and watching from screens are directors and producers to make sure every aspect of the fantasy as accurate. It’s interesting to see an almost behind the camera making of..

Overall, La Belle Époque is a wonderful romantic film only the French could ever manage. With some amazing performances and wonderful set design, the story pulls you in and eventually you forget you’re reading English subtitles. It’s a reminder that the love you once had can die, but sometimes all you need is a reminder of why you loved someone in the first place.