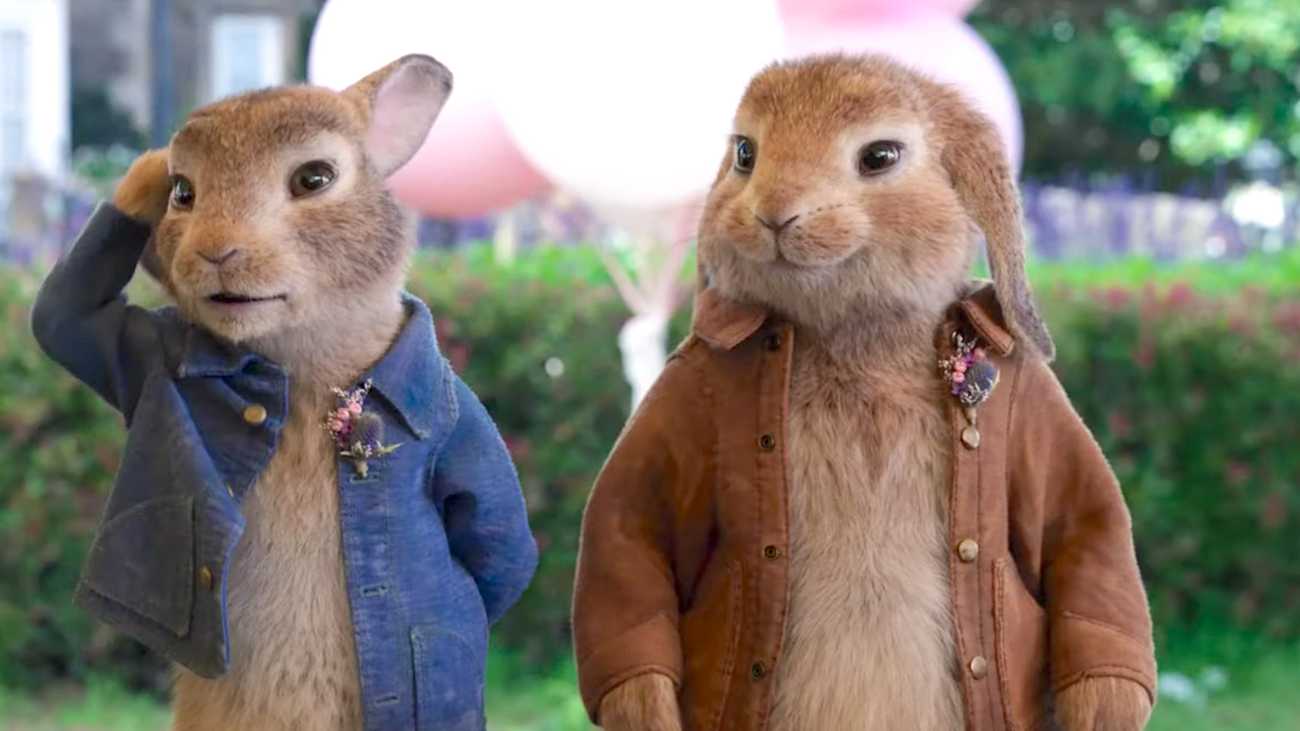 Note from the reviewer: Peter Rabbit 2 has a significant, yet odd place in the history of Nick’s Flicks Fix and the beginning of the pandemic effect in Australia. Alongside A Quiet Place: Part II, this movie was one of the last media screenings that was booked in before the initial closure of cinemas nationwide in Australia, effectively being postponed and then cancelled due to release date delays. In fact, going through the emails from Sony Pictures leading up to the 2021 screening of Peter Rabbit 2, I noticed that it was taking place exactly one year to the day that it was initially happening in 2020, before the world changed as we knew it. The reason I bring this up is just to say – it is nice to be back at the movies again. It has been a whirlwind year for some, and it has been a truly awful last 12 months for many more. And if going to the cinema and being able to lose yourself in another world for an hour or two can bring you some much needed (and hopefully joyous) relief, then I hope you relish in the ability to do so, because we are incredibly lucky to be here right now, coming back to some sense of normalcy! Now, on with the review!

Hopping into Australian cinemas just in time for the Easter school holidays, Peter Rabbit 2 sees the return of the titular rabbit and his farmyard friends as they get up to even more shenanigans after the blockbuster success of the first film.

Peter (voiced by James Corden) has now come to terms with the marriage of Bea (Rose Byrne) to his former-but-somewhat-still arch nemesis, Thomas (Domhnall Gleeson). After the wild success of Bea’s book about the adventures of Peter and his friends sparks the interest of a worldwide publisher who wishes to change the fundamental heart of the book, Peter feels he is being pushed aside by his friends and decides to runaway with a group of animal thieves living in the streets of the big city.

Much like the first film, the animation of all the farmyard animals is spectacular. Director Will Gluck and his special effects team have done a fantastic job of blending a lifelike quality to each animal while also making them feel animated and larger than life in the world they inhabit. With all the crazy scenarios and silly moments this film has the animals engage in, it is a necessary and well-made decision by the filmmakers to have them feel like cartoon characters, but nevertheless it still looks intricately designed.

Each one of the silly scenarios or utterly insane set pieces that occur in Peter Rabbit 2 is utterly jaw dropping. It’s jaw dropping in the sense of – “How did someone come up with this outlandish idea”, such as a deer skydiving or a group of cats dressing up in human clothes trying to pass of as… well, human. The scenes are ridiculous but provide ample laughs for both kids and bigger kids alike.

The jokes are fired at the audience at a rapid-fire pace. Clocking in at just over 90 minutes, Gluck’s script mixed with what seems like a healthy number of improvised jokes from Corden, Gleeson and Byrne littered throughout (including a hilarious exchange with the publishing agent played by David Oyelowo that has a great pay off later in the movie), Peter Rabbit 2 never missed a bit when it comes to providing humour. A large amount of praise must go to this film because even with its childlike silliness to keep the young ones intrigued, the movie also realizes that parents will be in the cinemas watching along with their kids and adds a few good tidbits and some solid, very meta jokes for them to enjoy – the personal standout being a rooster having an existential crisis once he realizes that his morning calls aren’t the reason the sun rises each day. Also the joke about James Corden having an annoying voice (see my Superintelligence review from last year for reference) is a 10/10.

Peter Rabbit 2 exercises a safe approach to its storytelling. The events and set pieces that take place in the movie are more exciting than the story itself, and when a movie is loaded with as many moments as Peter Rabbit 2 is, it can make the story seem a bit forgettable. Which isn’t necessarily a bad thing in this case simply due to the fact that it is a wildly entertaining ride for all ages.

Fans of the first movie will no doubt have just as much, maybe even more fun with the sequel. It’s packed with laughs, heart and crazy visual gags that makes for fast paced, easy family viewing for the holidays.