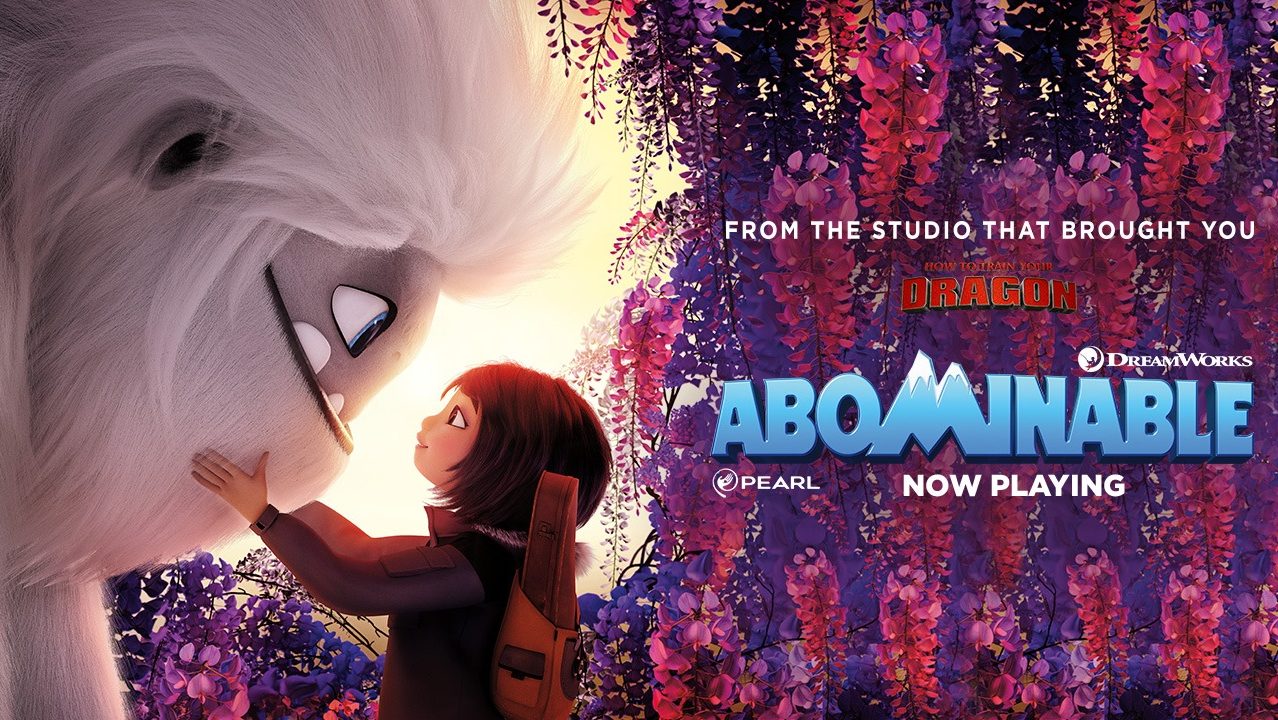 This year has been a non stop flow of animated films, particularly more than one that have been centred around a Yeti (Smallfoot, Missing Link) and while the previous two were just ok, Abominable has swept in to deliver a heart-warming story, eye popping animation, great performances and a score that will stay with you.

The story follows Yi (Chloe Bennett) who is learning how to live after the recent death of her father. She lives with her mother and grandmother who are trying to bring the three of them together as a family. Yi is doing a number of jobs to save money to go on a trip she had planned with her late father when she discovers a yeti hiding on her roof. When Yi discovers that she must help the Yeti return home to Mount Everest, along with her childhood friends Peng (Albert Tsai) and Jin (Tenzing Norgay Trainor) the trio are being chased by disgraced explorer Burnish (Eddie Izzard) and his zoologist Dr Zara (Sarah Paulson) who captured Everest and are trying to expose him to the world.

The story is much of a destination film with a few dazzling locations along the way. The relationship between the travelling four is a joy to watch and becomes the central focus of the film. As the two boys coming along is kind of a last minute mistake, their banter is quite sour and as Everest’s personality comes out, the group as a whole begins to bond and figure out exactly what is going and band together as a group to help Everest get home.

Visually the film is unlike anything Dreamworks have produced before. Every city and location is dripping with gorgeous life-like detail with a splash of magic to keep with the tone of the story. The sprawling city contrasts with the rolling hills and rice paddies in the country scenes and any scene involving water is jaw droppingly impressive. Everest himself is the most incredible creation any CGI animated film has produced to date. The hair on his body ruffles and blows in the wind showing each individual strand weaving into the other is a beautiful work of art. Also his personality changing from scared creature to Looney Tunes style slapstick comedy in later scenes is seamless and really helps layer the character. There is also a “transformation” scene that I won’t spoil that is mesmerising every time it happens. Most of the film is very connected to nature with loads of water, trees, flowers, forests, mountains and plains that have a ridiculous amount of detail put into them.

Going hand in hand with this is the score by Rupert Gregson-Williams who manages to weave a sweeping and emotional orchestral theme that connects with the soundtrack like ‘Fix You’ seamlessly. Yi plays a lot of violin and these pieces hit some really high emotional notes for the film and one scene in particular on top of a Buddha statue is exceptionally moving.

Dreamworks Animation and Pearl Studios have crafted the most extraordinary animated film of 2019 (so far!) they manage to strike the balance between exploring a story of loss and grief and mixing in some humour that appeals to both adults and children (whooping snakes ahoy!) This is no easy feat and is a formula that only a few talented filmmakers can crack. Adding in an extremely talented voice cast, dazzling visuals and a great story Abominable is truly an animated masterpiece worth seeing on the biggest screen you can find.