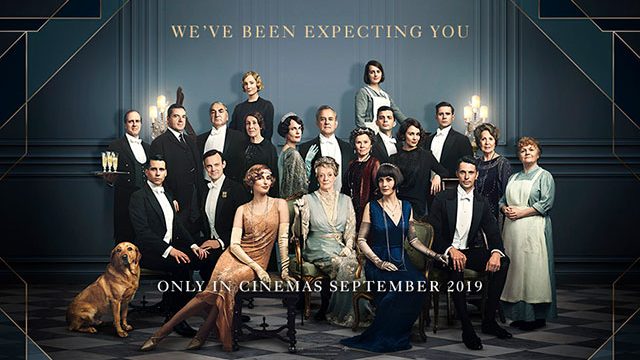 Guilty pleasures, trips down memory lane and seeing old friends again. These are all the things that come flooding back the instant the recognisable theme tune for Downton Abbey plays, even for the smallest of fans.

It’s always a risk when you take a beloved television series to the screen. Take for example Power Rangers, they just can’t seem to get the big-screen adaptation right to spawn a successful cinema franchise. The A-team would also fall into that category with an embarrassing effort onto the big screen. Downton Abbey, however, is the opposite pulling a great deal of strength with the entire cast back together.

December 2015 was the last time the Crawley’s and their staff graced television screens. The amount of time between drinks works to the series benefit. Now, almost 4 years later the Crawley’s have managed to capture that elegance, splendour and wonderful sense of family they managed all that time ago.

The Crawleys have received a letter advising them the King and Queen are coming to stay with them on their royal tour. While the excitement of the visit has spread, it quickly takes a turn when the royal servants arrive.

Lady Crawley has been tasked with organising the event both at Downton and for the royal parade in the village. But when she doesn’t feel Downton is up to scratch for the royals to arrive, she calls in some old help, Mr Carson.

Being told to get out of the way while the royal servants prepare, serve and attend to Downton, the servants devise a plan to make sure this monumental moment doesn’t slip through their fingers.

But while this is happening Downton once again comes under threat by a new claim to the land. Violet Crawley is quick to get to the bottom of the issue and do her best to keep Downton exactly where it should be.

The entire film is one long television episode. There’s nothing fanciful or extravagant when it comes to cinematic expectations. Despite that, there isn’t a moment that leaves you thinking it is a waste or boring.

What Downton Abbey does manage to do is bring back that feeling the television show used to. That sense of being part of the family just as much as the staff are.

There is one defining feature of the entire movie and that is, of course, Violet Crawley played by Maggie Smith. Her wit, sass and delivery will have you laughing out loud and wanting more.

Overall, Downton Abbey is a wonderful fun film that will leave you smiling and remembering why it was you were so hooked with the television series in the first place.