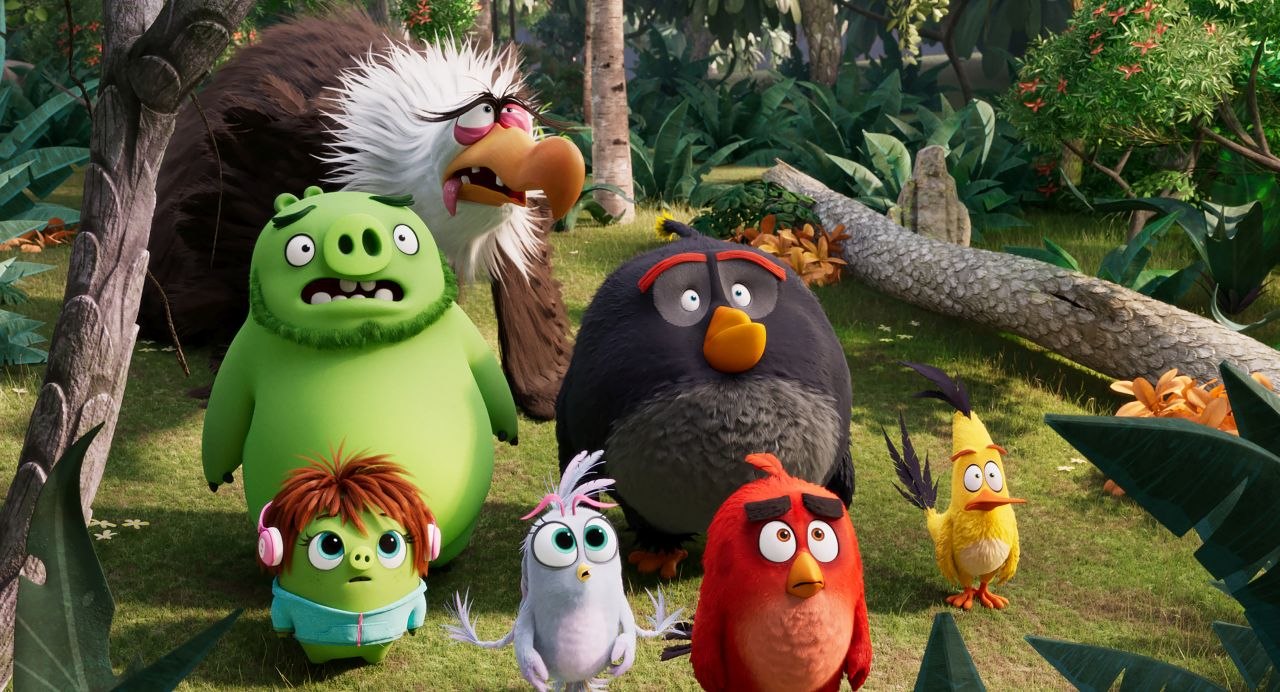 The mobile game phenomenon takes flight after a wildly surprising successful first film into a sequel that actually explores the aftermath of being a surprise hero with incredible animation, a lot of laughs and a script that is very aware that adults are watching as well so it leans into the edgier side of humour with wildly inappropriate jokes that will go over your little one’s heads but keep you entertained.

The story is once again based on Bird Island where Red (Jason Sudekis) is still basking in his own fame after he successfully defeated the Pigs who were trying to steal their eggs in the previous film. Pig Island is located in throwing distance and the two play hilarious pranks on each other. When news of a third island appears, a tyrannical place ruled by Zeta (Leslie Jones) an eagle who wants to overtake Pig and Bird Island to turn them into her own personal paradise theme park. When the Pigs and Birds find out about this they must unite to stop Zeta and save their islands by working together.

The humour in this movie is a massive upgrade from the previous film, the filmmakers have kept it really kid friendly while still injecting a ton of adult humour to keep the parents mildly entertained. A lot of the jokes will run right over kids heads (trust me that is for the best!) The story is fairly standard sequel fare, the one thing I really enjoyed was the exploration of Red and the town’s reaction to him being their hero. The mantra of “Red is protecting us” “Everything is ok because Red is here” while Red feeling the need to prove himself time and time again that he is liked and still worthy is a interesting angle for a kids movie to take. While this doesn’t go as far into it as it should have, it is enough to mark out an idea that could be explored in future films (if that ever happens).

The addition of new characters with Silver (Rachel Bloom) with a strong message of more girls should study science is an absolute joy to watch. In addition to a new female main character with Zeta and her offsider Courtney voiced by Awkwafina (who hilariously is reading a copy of Crazy Rich Asians in one scene) does help to flesh out this world a bit more.

Angry Birds 2 is a big step up from the previous film offering an improvement on the story, characters and humour. While it is miles better than the previous instalment, there is still room for it to grow to become a memorable and viable franchise for the future. If you are going to see this with your kids you will be entertained while they will enjoy the colour, music and laughs.

The Angry Birds Movie 2 is in cinemas now.