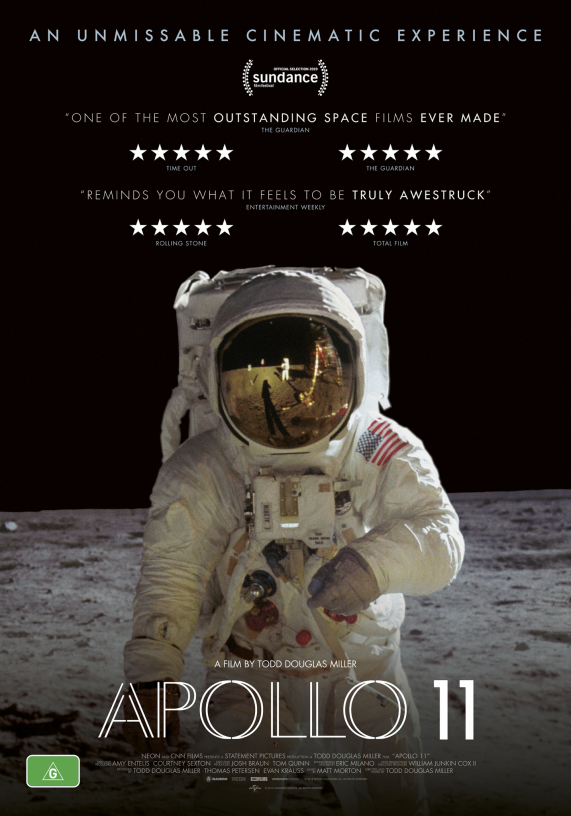 Apollo 11 is a different kind of documentary. Composed entirely of archive footage, it doesn’t beat around the bush and gets straight to the point. Everyone knows what happened exactly 50 years ago. We’ve been taught in school and it’s one of NASA’s biggest accomplishments in history – the landing on the moon.

This documentary is interestingly tense from the start. We actually pick up on the morning of July 16, 1969. There are no new interviews nor is there a narrator, just crystal clear footage that was ready to be shown to its audience. We’ve seen plenty of documentaries that want to relive this moment, but Apollo 11 was made impeccably and with a heart for research. Especially when editing behind-the-scenes footage and crowds of people – with big sunglasses and magnificent hairstyles – waiting to witness the launch of this rocket into space, looks this flawless. Cape Canaveral has never looked this breathtaking on screen, it looks like it was shot in 2019.

Filmmaker Todd Douglas Miller knew exactly how to tell the story of this dangerous mission, with the footage he used. Where the first two acts of the film explore the lead up and lift off of Apollo 11, the third act gets very scientific and slows everything down significantly. Especially when different warnings and alarm bells blink on screen, indicating there’s something wrong with the spaceship – but viewers never get an explanation as to what exactly is going on. Luckily by then, you’re already so pulled into Armstrong, Aldrin and Collins‘ journey, that there’s no turning back. The score made my blood pump more than once, which was a bonus.