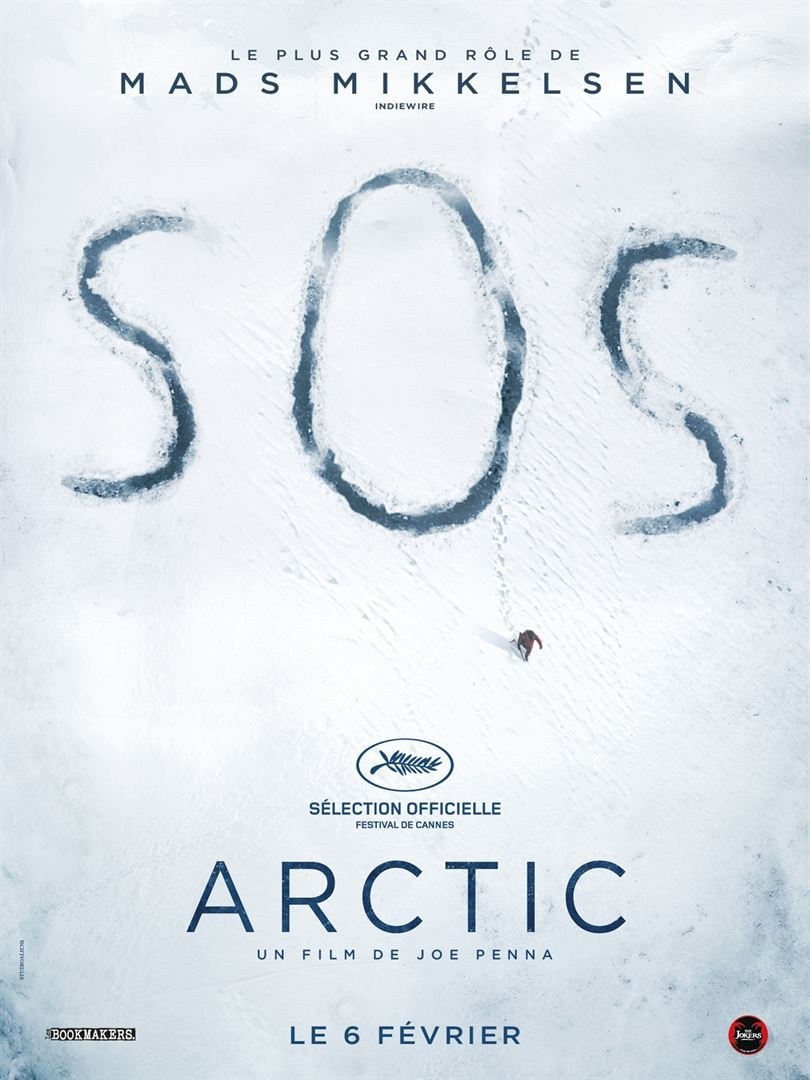 So few entertainers mange to incite emotion and interest with little or no dialogue. Give it the length of a feature film and little no or dialogue and you can separate the boys from the men. Arctic is exactly that film. Surrounded by despair, horror and a bleak future is this wonderful story of hope, peace, courage and humans fight for survival.

Think Tom Hanks in Castaway or Emile Hirsch with Into the Wild. Arctic is a film about the struggle to survive and the determination to fight the hard fight. It captures all the emotions and offers a wonderful story all the time letting the story tell itself. There’s no dialogue to drive the story aside from those moments you’d talk to yourself.

A man, Overgård (Mads Mikkelsen), was stranded in the arctic when his plane crashed. Spending his days carving out the letters S.O.S and trying to send a signal from the top of a hill. His future looks bleak as he tries to survive on fish he manages to catch under the ice. Battling the daily snowfall and sometimes harsh conditions Overgård is offered a glimpse of hope when a rescue helicopter happens to fly past him.

In a horrible turn of events Overgård ends up having to not only save his own life but the life of his rescuer. The young woman is badly injured and hopes of survival are slim if she is unable to get medical attention. Overgård makes the decision to tackle mother nature and try get himself and the young lady to a rescue point. But it will take days to walk to and there’s a whole world of risk to get there.

In between the horror and disparities of Arctic is this beautiful, unpredictable landscape. As Overgård winds his signal device he scans the open vast spaces of the Arctic. The snow-capped mountains rugged terrain and natural beauty adds an entire new element to the otherwise bleak story.

Leading the path is Mads Mikkelsen (TV: Hannibal, Doctor Strange, Casino Royale) as Overgård, who gives a stellar performance despite doing very little. He brings an entire world of emotion to his character with little dialogue. Mikkelsen manages to take you on a journey with nothing but body language and facial expression. Because he isn’t navigating the journey through dialogue the viewer pays a great deal more attention to what it is he is doing. There is a moment where he feels heat for the first time in months. He goes in to feel the heat only to retreat as he takes in the warmth as if he has just thawed out his frozen body.

Overall, Arctic is a journey that nightmares are made of. It’s about survival and hope and that human instinct to help another human. It takes you through some tough terrain but at the same time it’s beautiful. It takes you on an emotional journey, but at the same time shows human strength. There isn’t a lot to this film when it comes to storyline or dialogue. But that is the beauty of the film. It makes up for it in every other possible way and sucks you in. A powerful performance within a powerful landscape.