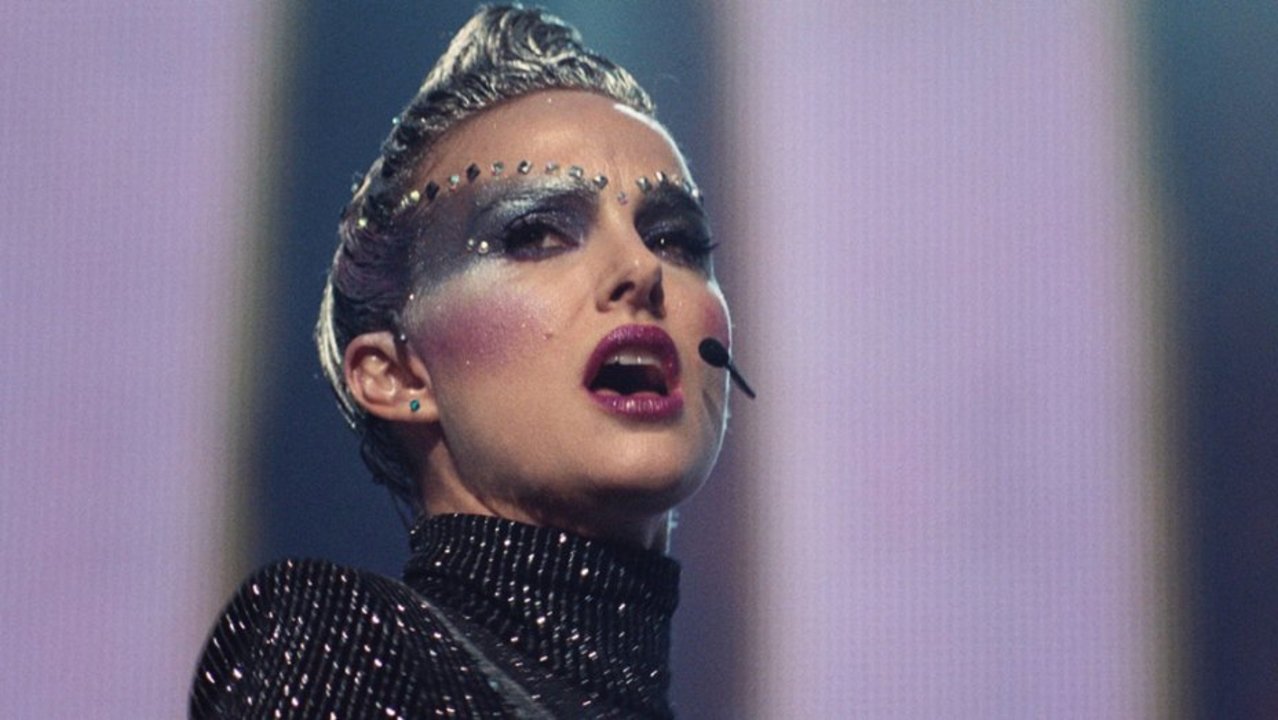 It’s not unfair to say Vox Lux is confusing. However, it’s only confusing as you watch it. Once you walk away and realise what you’ve just watched, it’s actually a rather powerful film executed with absolute quirk perfection.

Vox Lux is the comeback album for pop singer Celeste (Natalie Portman) some 18 years after being discovered as a child and becoming a prodigy. Celeste was in a horrific high school massacre and performed a song with her sister at the funeral of her classmates. The song swept the nation and Celeste found herself rising to fame faster than she could have ever imagined.

With her sister Eleanor (Stacy Martin) along for the ride, innocent and outgoing Celeste started to fall into the trap of the celebrity lifestyle in addition to having a child at a young age. Further to the turbulent times of her celebrity life, Celeste was in a horrible accident and ended up having to take some time off.

With a strong fan base and the desire to get back to performing Celeste is about to embark on a major tour. With the public eye having not seen her since the accident some not knowing she had a young daughter, Celeste is desperate to get back her status in the industry.

With the pressures of the show, her ongoing pain from the accident and pressures of her new family commitments, Celeste enjoys cocktails of alcohol and drugs to get her through. Her decision to do it right before her first major performance puts her team into overdrive. But that doesn’t matter as Celeste gives one of her greatest performances yet.

Vox Lux is quite simply confusing to watch. You don’t expect the opening scenes that end up demanding your attention before you’ve even had time to open your choctop. The dialogue between Celeste and her daughter rambles and can be intense making it at times hard to follow.

But between the drama of the film, is some clever camera work. Long shots that follow the performers enables the viewer to focus on what is being said or done. That isn’t to say, it’s fancy camera work. This film tends to hold onto basic structure when it comes to film making. The use of lighting, simple sets and locations are stripped down to give you a more real and relatable story.

The film begins with young Celeste played by Raffey Cassidy. A name you may not know yet, but has already started to build a strong career with the likes of Mr Selfridge, Snow White and the Huntsman and The Killing of a Sacred Deer. Cassidy played two characters in Vox Lux. First she plays the young version of Celeste. For the entirety of the first half of the film it is hard to know if Cassidy is a bad actress or just playing this entirely awkward human. It isn’t until the second act when Natalie Portman steps in that you realise, Cassidy was playing Natalie Portman’s portrayal of Celeste. A truly remarkable performance.

Within the first few minutes of the second act with adult Celeste we meet her daughter Albertine, who is also played by Raffey Cassidy. Not only is it clever casting in that it looks like a young Celeste, but Cassidy’s performance is completely different from Celeste. Her posture and facial expression transform her to an entirely different person all the while having the striking resemblance of a young Celeste.

Natalie Portman absolutely steals the show with a highly confused, confronted and lost pop star craving the life she once had. Her dialogue is delivered with an almost distant connection to what she is saying as her thoughts are somewhere else. Her long rambling conversation with her daughter at lunch are some of the most remarkable delivery in the entire film.

There’s a particular scene where she is being interviewed and despite the journalists being asked not to talk about her troubled past, he does anyway. Her performance in this scene is addictive to watch. As she answers the journalist she is educating, then a split second she is calling her publicist to get her out of the interview, then once again in a split second she is transitions into another emotion telling the journalist what she thinks. This is all while having an amazing Staten Island accent.

But far from her line delivery is her performance as a singer and dancer. The final act of the film is a large portion of the Vox Lux concert. Here Portman shines as a performer. There was no doubt the actress could sing but being able to sing, dance and act at the same time really does show Portman is a force to be reckoned with.

There is something unique about the music that is used in the film. It resembles something so very clearly written by an experience pop song writer. To the point that when the title song is sung, “Wrapped Up”, there are points where you may think an inexperienced high school student couldn’t have written it. And the assumption is correct. The music for Vox Lux is written by the ever talented Pop-Star herself, Sia.

Brady Corbet wrote and directed Vox Lux which is only his second directorial effort. His quirk and humour can be felt in every aspect of the film. To a point where Vox Lux could be seen as a poke towards another musical film doing the rounds of late, A Star Is Born. Be it intentional or not, Corbet has created something very different and quirky and sometimes hard to follow. But at the same time, it has a real and comical depth to what could be perceived as the lifestyle of a popstar.

Corbet uses a modern-day twist of popular culture. He takes something horrid and terrible and turns it into something people can digest and be entertained by. Portman recalls Corbet calling Vox Lux a “pageantry of evil” when she was interviewed on the Today show in the US. Portman sums up what it is Corbet managed to create with Vox Lux, “even evil has become a spectacle”.

Overall, Vox Lux is confusing and at times hard to follow. It isn’t until after the film when you consider what you’ve just watched that you realise how amazing the performances were and what a very specific commentary on pop culture Vox Lux has managed to do.

Like Loading...
Newsletter Signup
In this article:2019, movies, movies with jay, natalie portman, vox lux, vox lux review
Up Next: