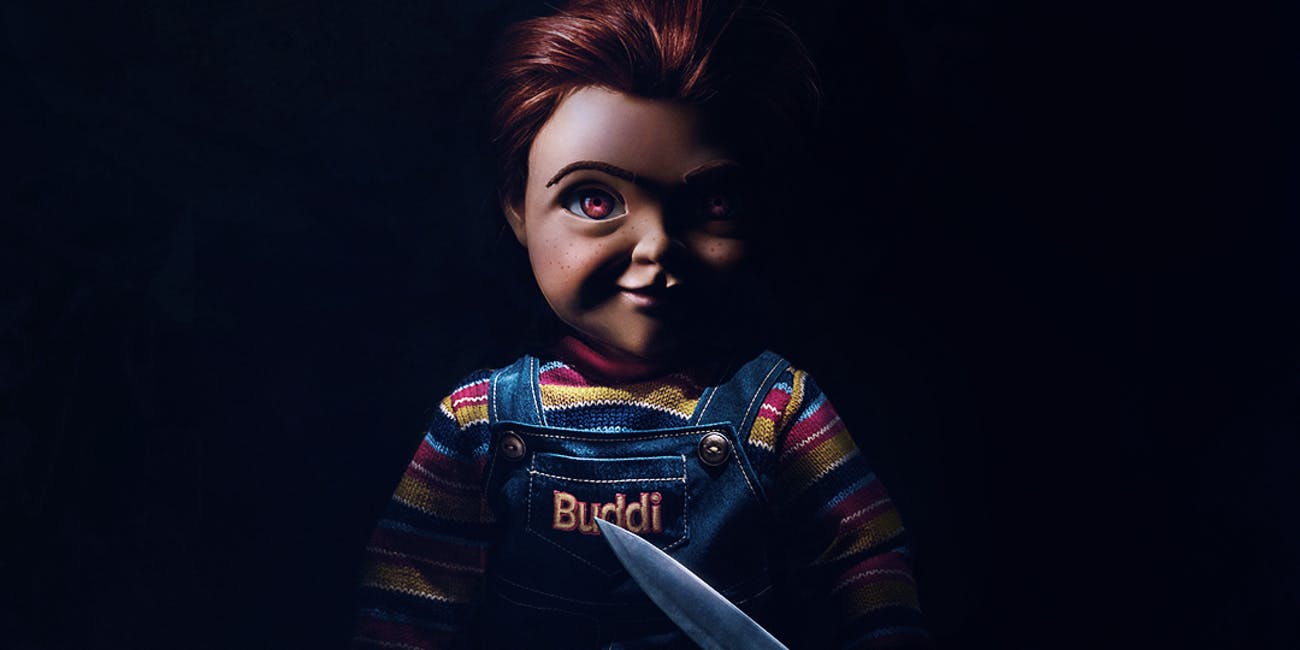 Ah reboots, the quickly becoming staple of modern cinema. While most drag under the weight of inferiority to their predecessors, there are some that can take previously well adapted material and update it to a modern audience with just enough of a twist to create interest and re-ignite the property. While the stories of this have been more miss than hit, there is a rare movie that tries something new and succeeds. While I have seen all 7 movies previously throughout the years, I am by no means a die hard fan who demanded vengeance after seeing the first trailer for this film. Child’s Play 2019 combines a talented cast with an interesting technology based premise combined with a comedy horror blend that successfully catapults Chucky into the digital millenial era

The story revolves around single mother Karen (Aubrey Plaza) and her son Andy (Gabriel Bateman) who are struggling to put their lives back together with a fresh move to a new city. Karen works at the local department store and when she finds a discarded wifi Furby type doll, she brings it home to Andy as an early birthday present. Andy is a little weird and socially awkward not easily making friends with other kids his age. The doll’s name is Buddi and connects to the smart house and cloud. Buddi can control the lights, locks, sound, cameras as well as play fun games with Andy. Buddi comes a little defective and pronounces his name to be Chucky. A defective doll whose violence and language inhibitors have been turned off by a disgruntled factory worker. When Chucky and Andy form a bond, Chucky will go to any length to keep Andy all to himself and kill anyone who tries to take him away.

The story is fairly solid, centering around smart technology is a genius move. It helps it feel relevant and brings a fresh feeling to the series. While it does follow similar beats to the original, having the central child a little older as a young teenager does allow for more play room with mature content and for some further character development. Taking away the supernatural posession element of the story did help it feel scarily real at times, particularly when reflected on how much we rely on our tech to assist us in our daily lives.

Getting child actors to give you a good performance is often a challenging task, fortunately this is something that this film absolutely nails. There is a realness with the three main teenagers that solidifies their bond and they deliver some great comedic and scared performances. The same can be said about Plaza who is absolutely at home in this movie. She still has her trademark snide and sneer, but there is a softness to her playing a mother in this movie that gives us a deeper look into her profile as an actress. She can deliver the comedy goods which we already know while switching it up to be terrified and screaming and a doting mother who loves and cares about her son. Supporting players are Brian Tyree Henry who plays Detective Mike Norris, a hilarious and doting carer who looks after his mother. Tim Matheson is in a few appearances as head of the tech company Kaslan. While his scenes are fleeting, he really sells it as a Steve Jobs/Tim Cook style tycoon. To round it all out Mark Hamill as the voice of Chucky is casting perfection. He brings a blend of friend and evil crazy that easily switches at the drop of a hat. It is the perfect casting for this role and one of the biggest reasons the movie works so well.

The movie embraces its own ridiculousness as the kills and story get more convoluted and crazy. By doing this it elevates the film to that comedic/horror blend that stops it from being over the top and just enough to be wildly entertaining. The addition of making Andy deaf and dependent on a hearing aid allows for Chucky to communicate effectively with Andy and be less laughable than the original with the whisper and repeat beat.

When it comes to the violence and horror, it is more gore than scares. There are a couple of jump scares to be expected in a movie like this but instead of relying on just this there are copius amounts of blood spilled and body parts shattered throughout the film. They were never so bad that you have to look away as they are still laced with that comedic element to stop making it feel believable.

When Chucky connects to the cloud and can control driverless cars and drones armed with blades is when things really get interesting. They lean into the smart home thing just enough to be scary but don’t overly rely on it which could have been easy to do. Chucky can communicate directly to Andy via his hearing aid allowing for the audience to be part of their banter.

Child’s Play is the perfect example of a remake, it brings new and fresh ideas to the table with a new story that updates it for a brand new audience and time. By assembling an incredibly talented cast and giving them room to shine by flexing their comedic and horror based setting it does bring the best of the two together. Plaza and Henry are the clear stand outs with incredible chemistry and are well supported by the younger cast. Chucky himself looks terrifying and the switch from good to evil is a lot of fun to watch. Don’t go into this expecting a serious horror flick, they embrace the camp and fun aspects and roll with it resulting in an extremely enjoyable romp.

Child’s Play is in cinemas today.