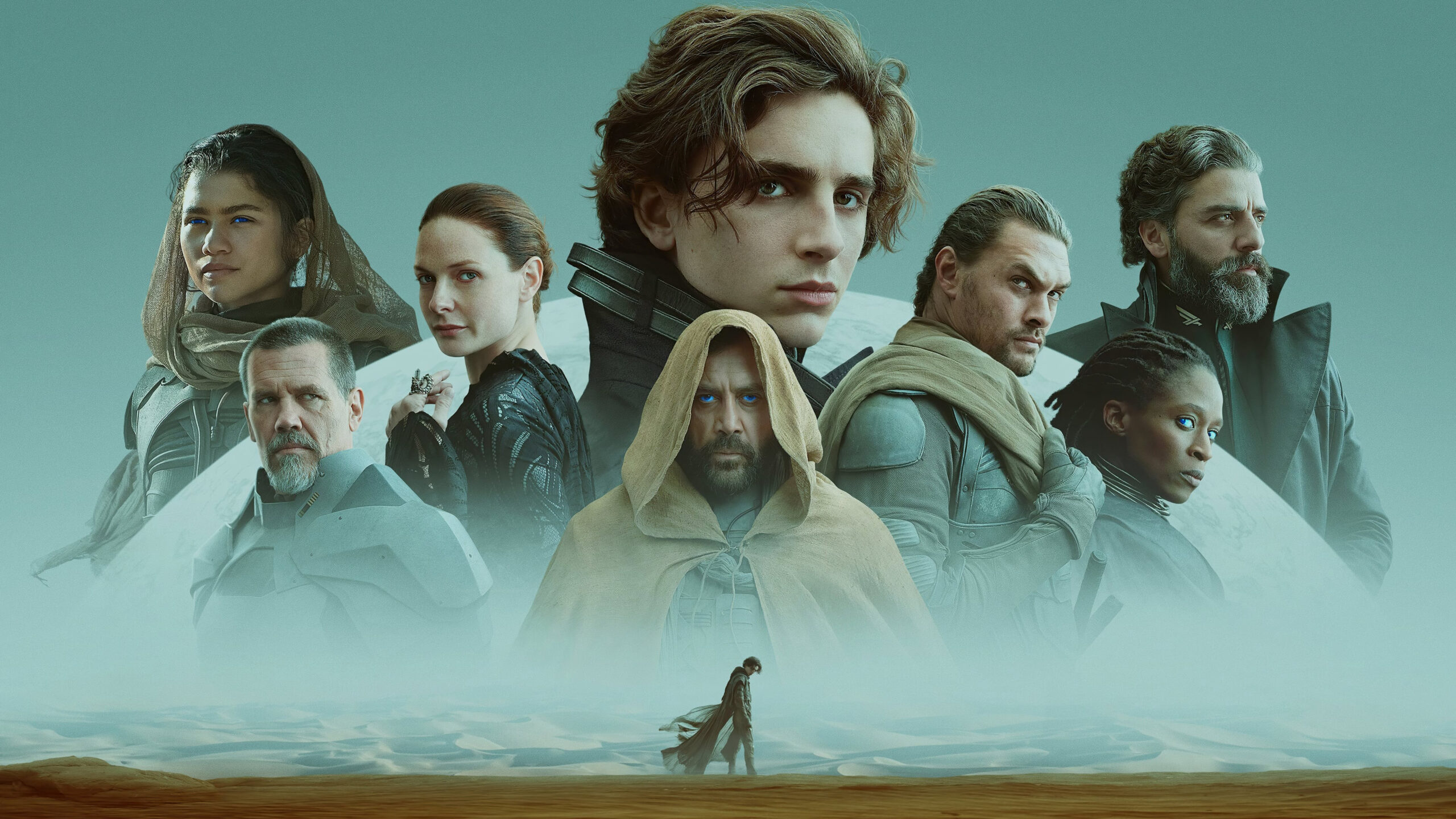 When news of Denis Villeneuve’s project to take on the production of another film version of Frank Herbert’s acclaimed sci-fi epic Dune, there was much curiosity at the Director’s announcement on taking on such a content-heavy and layered plot.There was also some trepidation given the critically panned and financially failed first film adaptation attempt by director David Lynch. Could Villeneuve pull something as big as Dune off? Sci-fi fans probably had no problems believing he could, though, given his mastering of the genre with the likes of Arrival in 2016, followed by Bladerunner 2049 a year later.

Dune follows the story of Paul’s arrival on the resource-rich planet Arrakis. Its spice resource, which skims the sands of the desert planet, is the most valuable in the galaxy. Paul’s family have been suddenly requested by the Emperor to take over the fiefdom from the brutal House Harkonnen, led by Baron Vladimir Harkonnen (Skarsgård). For Paul, this is a mysterious yet exciting adventure as he has been having dreams and visions of his future on Arrakis, including often seeing a young woman, who we come to learn is Chani (Zendaya) part of a local resistance group.

Paul confides in the mother of his dreams and confusion. She, in turn, advises her Reverend Mother of her Bene Gesserit sisterhood, Gaius Helen Mohiam (Rampling). Before Paul travels to Arrakis with his family, the Reverend Mother arrives at House Atreides. She forces Paul to undergo an endurance test to determine whether he may be the prophesied Messiah they have been anticipating for generations.

Once on Arrakis, House Atreides faced difficulties harvesting the planet’s spice courtesy of House Harkkonen’s sabotaging equipment and other resources needed to store and transport the spice. A plot unveils to take over the empire.

Villeneuve had expressed his long-standing dream to one day adapt Herbert’s creation for the big screen. He co-wrote the screenplay with Eric Roth (Forrest Gump, The Curious Case of Benjamin Button) and John Spaihts (Doctor Strange). He envisaged the adaptation to feature across two feature-length chapters. While the plot is detailed and intriguing, Dune is a two-and-a-half-hour marathon that allows Villeneuve to set it all up, often in his signature slow pace.

Villeneuve used the talents of acclaimed Australian cinematographer Greig Fraser (Lion, Zero Dark Thirty and Rogue One: A Star Wars Story) and two-time Academy Award winner for Best Visual Effects, Paul Lambert (Blade Runner 2049 and First Man) to bring to life glorious visuals and special effects which make Dune the most visually stunning film of the year. Attention to set design is equally award nomination worthy. Any lack of pace is easily forgiven by the sheer brilliance in visual stimulation.

Taking beauty to the next level is the gift of Hans Zimmer’s glorious score. In bringing Zimmer to the Dune project, Zimmer rejected working with Christopher Nolan on Tenet. However, Villeneuve didn’t have to woo him as Zimmer has made it clear that Dune was one of his favourite books growing up as a teenager, and he simply had to do it. His expressed passion for the project only adds to his apparent genius. The score is like nothing he has composed before – efficiently his best work yet. It entrances the audience and lifts them to emotional highs and thrills as though they are soaring over the sweeping peaks of the giant sand dunes of Arrakis.

Fans of the book will recognise the attention to detail and appreciate the efforts to remain as accurate to the book as visually possible. While the level of political intrigue and complex plot underlays are missing in this instalment, Villeneuve’s Dune is a visual and technical treat that is best viewed on the biggest screen you can find.

Dune is out in Australian theatres today.