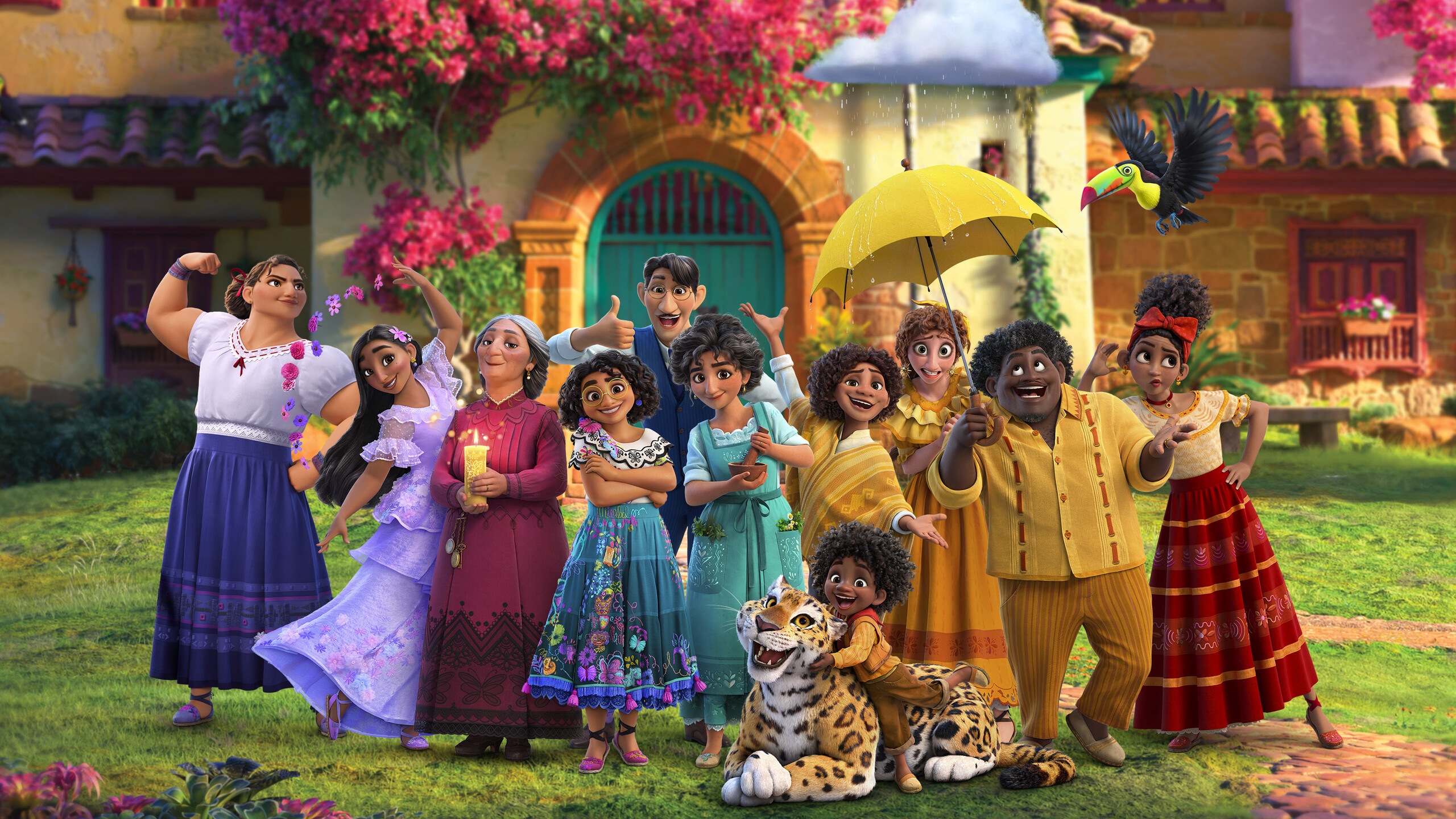 To the Madrigal family, an ‘Encanto’ isn’t just a place where this extraordinary group of people live in the mountains of Colombia, instead it’s their magical home set within a vibrant, wonderous town. Powered by a magical candle that holds strong in the centre of the Encanto, each child in the Madrigal family has been blessed with a unique gift, ranging from Luisa’s super strength, or Dolores’ incredible hearing range, to a mother who can heal anything through her cooking. However, one child, Mirabel Madrigal, must face the frustration of being the only member in her family without a magical gift. And while her spirits are bright in lieu of this, Mirabel knows deep down inside that something is wrong with her. Until one day, when the Encanto begins to crack, the candle begins to dim and the Madrigal family members gifts begin to weaken, Mirabel takes it upon herself to find out why this is happening and create her own purpose within her family.

Encanto is another magical hit from Walt Disney Animation. Celebrating a beautifully rich culture set within Colombia, the colourful and vibrant aesthetic of the town in which the Madrigal’s live is an immersive and captivating visual treat that has both become the norm for Disney animated films, but also showcases the liveliness of the Colombian people. A blend of both larger-than-life characters (both human and animal alike), and jaw-droppingly realistically scenery elements paint a wonderful portrait of joy that is felt from the beginning, and to the end of Encanto.

Accompanying the rich visuals is a toe-tappingly catchy array of musical numbers, helmed by Broadway and Disney-film star, Lin Manuel Miranda (creator of Hamilton and In The Heights). While there are still elements of the classic ‘Lin Manuel-isms’, including fast-paced rapping verses and a strong use of urban music, the songs in Encanto do feel fresh and original. Each character has a specific tone and tune with their songs, which creates a great feeling of originality and uniqueness to make them stand out in the story. And for the most part, each song has a beautiful message encapsulated within the lyrics, a highlight being Luisa’s song, Surface Pressure, which is about being able to be strong and vulnerable.

Voiced by Stephanie Beatriz, Mirabel is a sweet and heartwarming protagonist to lead this adventure. Mirabel’s happy-go-lucky attitude and care she shows for her family is electric and sparks the entire heart of Encanto. Even when conflict arises, specifically with her polar-opposite sister, Isabela, Mirabel’s character development and a wonderful performance from Beatriz, make her a great addition into the lineup of Disney characters.

Packed with a stellar supporting cast including John Leguizamo as the outcast Uncle Bruno, Jessica Darrow as the super strong Luisa and Maria Cecilia Botero as the loving Abuela (grandmother), each character is given their moment to shine in such a diverse and unique way that no one character feels the same. Even outside of their individual powers, their personalities are solid foundations that create an incredibly grounded family dynamic, that feels like one of Disney’s most personal stories yet.

However, even while being an incredibly personally driven story, Encanto does follow a familiar Disney formula quite closely. Each emotional beat that the story goes down, is one that feels like it’s been done many times before, leaving little wiggle room for any unpredictable twists or turns. Character reveals and moments in the script don’t pack enough punch to be overly interesting. And by the time the movie begins to come to an end, the emotional weight doesn’t feel as heavy as previous Disney tales. This wouldn’t normally be a criticism if Encanto was trying to move away from that Disney formula and not have to rely on a tear-jerking, heart-string-pulling ending, but it’s hard not to think that the screenwriters were going for that with the way this story is formatted.

Nevertheless, outside of some screenplay familiarities, Encanto is still a magical, joyous and beautiful celebration of Colombian culture. The vibrancy of the animation is wonderous, Lin Manuel Miranda’s musical numbers will bring a smile to many faces, and each character is so unique and written with such passion, that it creates such a grounded family dynamic that both kids and adults will enjoy!