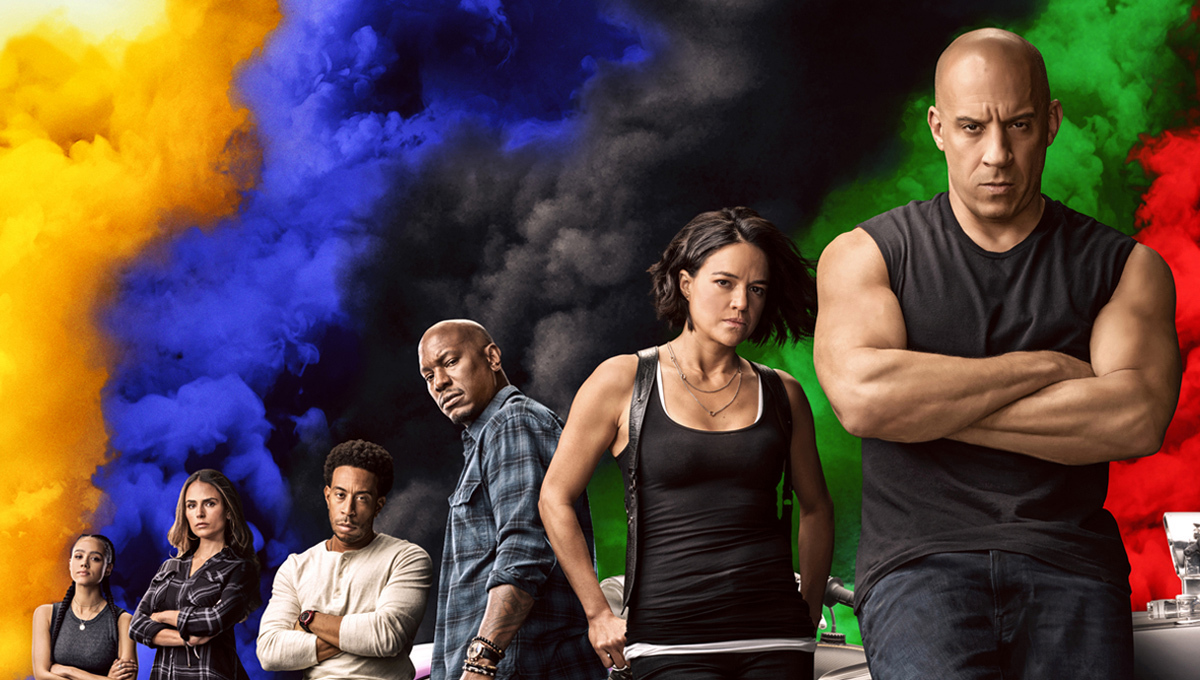 It’s been a hot minute since I successfully sat through a Fast & Furious movie, while I am still gobsmacked that they have reached the billion dollar status they have, I did enjoy the spin-off Hobbes & Shaw (sorry Vin Diesel) but it has definitely been a hot minute since I checked in with the main franchise. It is with no surprise that the franchise has gotten more ridiculous, more outlandish and boasts a lot more action that I have seen previously. While the cast that remain have moved on from petty street thugs to international spies, this feels like a reset and a return for the core characters left to go on a journey, however outlandish and ridiculous that may be.

The movie starts with a flashback to 1989, the Toretto family are involved in a massive accident with a young Dominic and his now estranged brother Jackob. The underlying story here is Jakob may have deliberately caused the accident and now we flash forward and Jakob is employed to retrieve items that will let his boss control the internet and along with it all the worlds weapons, nukes etc. You know, the kind of thing we have all seen before. So it’s Toretto V Toretto with John Cena taking on the role of Jackob. Along for the ride is his employer Otto (Thue Ersted Rasmussen) who wants to control the world and the internet. While Cena and Rasmussen have this odd chemistry, they don’t exactly feel menacing especially with the likes of Vin Diesel, Michelle Rodriguez and Tyrese hitting back at you. The biggest downfall of the movie is the story as no spoilers, the most ridiculous thing happens in the final act that will have you scratching your head and laughing in one of the biggest WTF moments in recent times.

While the story is lacking, the action sequences are nothing short of spectacular, and they don’t stop hitting. There are some impressive jungle chase sequences with cars, bikes and trucks with helicopters picking up cars to lift them out of combat. There’s a crazy landmine situation with apparently a delay that is enough to get you out of being blown up if you go over 70 miles per hour (Speed reference?) Cars are bolted in with wire and zipped across large canyons in what can only be described as absolutely unbelievable jumps. This is just the start of the movie, things really elevate from here and the stunt work involved in the more spectacular parts of the movie really are a work of art.

Cast wise everyone here is on their A-game, there were a few surprises, Helen Mirren? Charlize Theron? It is obvious that the franchise offers a lot of fun for those involved, Cena is a welcome addition as the long lost brother who wants a chance to reunite with his family. While he isn’t the maniacal mustache twirling villain, he does offer a strong never relenting force of nature that is strong enough to go up against Diesel’s Dominic Toretto. Helen Mirren looks like she is having the most fun with her limited screen time, her chemistry with Diesel is great. Theron also has limited screen time and hopefully gets a larger role in the impending sequels to come. It is Tyrese and Ludacris who have the most fun in this film. Their constant banter, pranks and pop.culture references help keep things light when they turn to the ridiculous.

It’s hard to believe that this franchise has been going for 20 years with still a large chunk of the original cast still here. While the movies do have interweaving storylines that connect, this one feels like a fresh start or possibly the start of the end. When the series started Dominic had Brian (Paul Walker’s character) and since his unexpected death, that loss has been evident. Having Jakob come in and attempt to come back in and filling that void is a great way for this series to dive into. While this film will certainly not break any new ground when it comes to story, there is enough mindless action and fun for it to be counted as a good time. Definitely see this with friends and lovers of the franchise

Fast 9 opens in Australian cinemas on the 17th of June

Like Loading...
Newsletter Signup
In this article:fast 9, fast and furious 9, movies, universal pictures, upi media
Up Next: