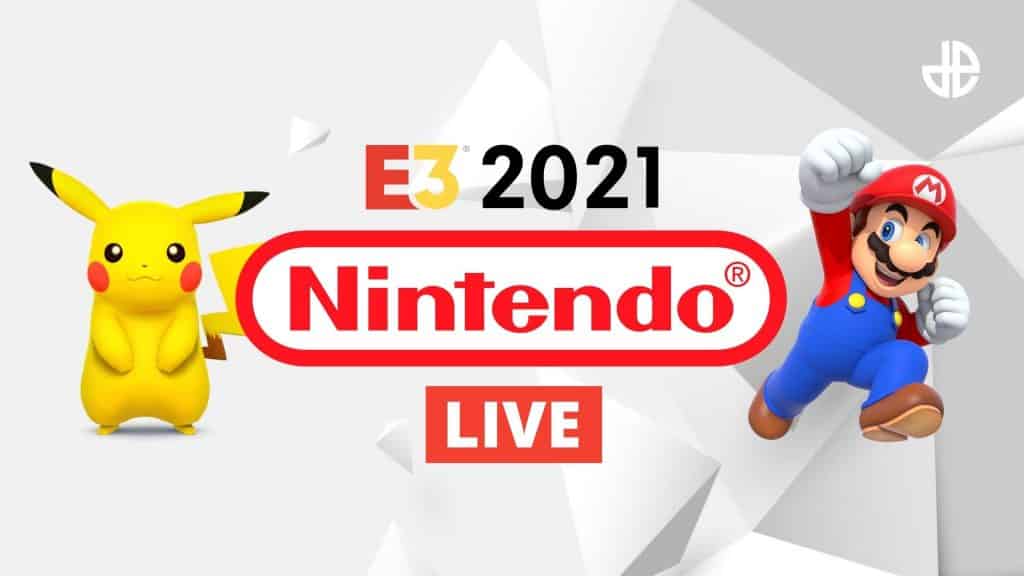 E3 is winding down for the year and one of the last presentations comes from Nintendo. The Japanese giant rolled out announcement after announcement for 40 minutes of games coming to the Nintendo Switch system this year.

Super Monkey Ball Banana Mania is celebrating the series 20 year anniversary with a brand new game celebrating the legacy of the series and features over 300 levels and mazes, 12 mini-games and a full band of characters that fans and newcomers will love. You can watch the trailer below.

Wario is back with a brand new WarioWare game titled Get It Together. The focus is a bunch of minigames with different characters and offers two player microgames that players can share Joy Cons or using wireless play with an additional console and game. The game will release on the 10th of September with Pre-orders starting today on the Nintendo Switch E-Shop.

The biggest announcement without a release date was the sequel to Legend of Zelda The Breath of The Wild. We got to see some beautiful footage from the new world above Hyrule. The game showed a tentative release date of 2022. Watch the footage below.

Fans of Metroid were in for a treat with a brand new Metroid game announced a brand new 2D story called Dead. The game is a direct sequel to 2002’s Metroid Fusion and features Samus heading to a mysterious planet being hunted by the E.M.M.I robots. Along the way you gain new abilities and find hidden upgrades to overcome the Dread that is spreading over the planet. The game will launch October 8.

Hyrule Warriors is preparing to release some DLC titled Age of Calamity. The expansion pass is $30 and come in 2 waves. The first is Pulse of the Ancients and Guardian of the Remembrance at the end of November this year. You can watch the action below.

Mario Party is back with Superstars, featuring five classic boards from the Nintendo 64 era and a collection of 100 minigames covering the Mario Party series. You can also now play online with an active Nintendo Membership. Watch the footage below

Tony Hawk’s Pro Skater 1 and 2 is being completely remastered in HD and is coming to Nintendo Switch on June 25th. You can play with a roster of new and returning pro skaters and complete locally or online. Watch the great new trailer below

Life Is Strange is coming to the Switch with the release of three games including the original Life Is Strange, its prequel Before the Storm and True Colours. The game will release on September 11 this year. It is an incredible feat that this game can be ported to the Switch and look this good. Watch the trailer below

While we did get a beautiful look at Marvel’s Guardians of the Galaxy from Square Enix, it is regrettably only coming as a could game and of course not available in Australia. While this will is incredibly disappointing, its another jaw drop moment that a game of this calibre can run on the system.

If you are wanting a little more Zelda in your life, there is a new Game + Watch Zelda edition which is colour and has the first 3 Zelda games along with a special version of classic Vermin which has Link as a playable character. The system will also feature a playable digital clock based on The Legend of Zelda and a playable timer themed after Zelda II : The Adventure of Link. The system will release on November 12.

If you want to play something new today, the first DLC for Doom Eternal is now out for Nintendo Switch. The brand new game mode brings insane new challenges and a whole lot of fighting fun. You can download The Ancient Gods – Part One via the Nintendo Eshop today. You can buy the DLC separately and just play the Ancient Gods Part One, however I would definitely recommend jumping on and picking up Doom Eternal Deluxe Edition as the base game is SO good (you can read my review here) Watch the video below and grab your copy today! You will not regret it.

If you are after more DLC for your games, Super Smash Bros Ultimate announced a new fighter Kazuya Mishima from the Tekken series as part of the Fighters Pass Vol. 2. There will be a seperate video about Kazuya and all his moves in a special video presentation on the 29th of June. Check out the first footage here

If you want to watch the whole 40 minute presentation, you can do so below.