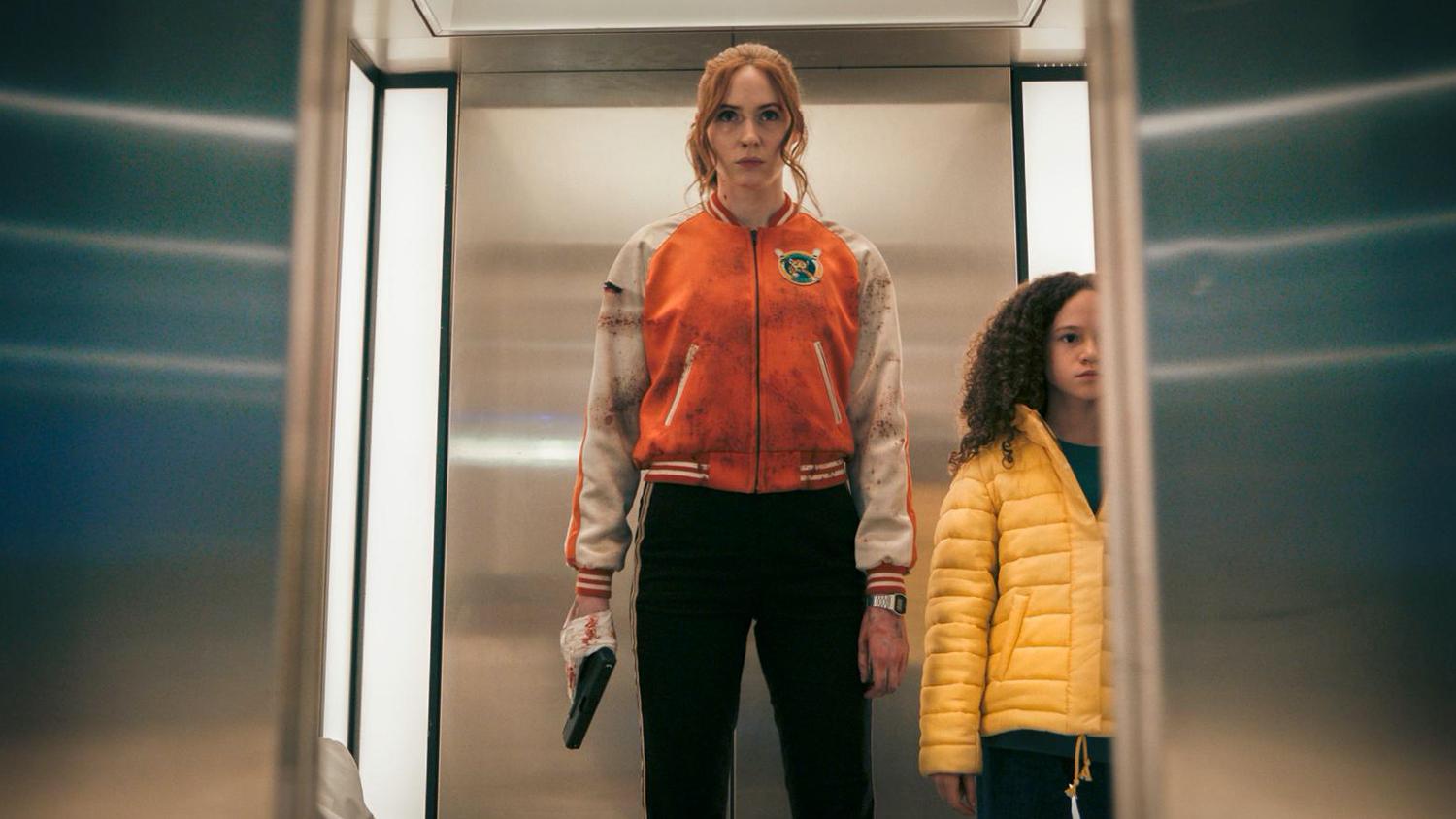 There is something magical about this film. Something you can’t quite put your finger on. It’s familiar yet entirely whimsical. Gunpowder Milkshake isn’t your traditional vanilla assassin film. It’s got a twist, giving you all sorts of Tarantino and Jackie Chan goodness and the cherry on top is this visually splendid neon pop.

Sam (Karen Gillan) was abandoned by her mother Scarlet (Lena Headey) when she was 12 years old. Growing up as the daughter of an elite assassin Sam easily falls into the same line of work under the watchful eye of Nathan (Paul Giamatti) who happens to head The Firm.

Some 15 years later, Sam has become the person The Firm hire when their own crew are unable to complete a job. Her skills are highly sought but there is untamed revenge that floods her emotions the moment she goes into combat. It isn’t until The Firm requires her skills to stop the person who stole from them when her world becomes unstuck.

Given the dilemma of saving a man and protecting his daughter, 8-year-old Emily (Chloe Coleman) or completing the job she was hired to do, Sam’s own personal story leads her to decide to help the man and his daughter. This ends poorly for everyone involved and Sam becomes the hunted. With Emily in tow, Sam’s location is handed over to the men hunting her but not without some help from Nathan.

Unbeknownst to her, Nathan gave Sam her mother’s address. But with the henchmen hot on her tail Sam, Scarlet and Emily go to the only people they know who can help, the Librarians Anna May, Florence and Madeleine. Together with the help of many books holding many useful tools, the ladies attempt to put a stop to being chased.

There are so many wonderful things about this film that will leave you wanting more. First is the stunning visuals. The colour pallet used is this quirky art deco blend of American Euro-pop filled with a neon candy vibe. The sets are spectacular from the American diner to the bowling alley that could be from the future as it is the past. And that’s the exact mise-en-scene Director Navot Papushado and Production Designer David Scheunemann wanted with Gunpowder Milkshake.

The cinematography from Michael Seresin is quirky which not only gives the relatively new Director Navot Papushado his own style but adds to this weird whimsical place Gunpowder Milkshake is set. There are scenes where the character in focus has a super close up as their background or accompanying actors are at normal size. The fight scenes are tightly choreographed which enables the viewer to be right in there with the action.

For an assassin-action film, it’s not unexpected to have a number of fight scenes that would result in blood and death. But there is something clever and intentional about how much of the gruesome scenes are shown. It’s almost as if they have consciously decided since there’s an 8-year-old in the film, they’ll carry on the jokes about bad language use and only give little glances to the horrifying ways people die.

Navot Papushado not only Directed Gunpowder Milkshake but also wrote it alongside Ehud Lavski who together had worked on Big Bad Wolves (2013). The story manages to blend comedy with action which gives it a nice balance. When Karen Gillan has lost function of her arms and takes on two thugs by flailing her arms about will have you in stitches. But unlike traditional assassin films, there are also themes covering abandonment, self-discovery, acceptance and most of all the love of family in all its different ways.

There are times where the script did tend to lose itself and it was hard to tell if the delivery of the lines was intentional or if the script was bad. It had a very Tarantino vibe about it where it’s a fine line of being too wordy where the lines become separate of the character.

Leading the film is Karen Gillan (Guardians of the Galaxy, Jumanji: The Next Level, Doctor Who) who plays Sam. And you can see exactly why she was cast in this role. Not only does she come with her action background as a character in the Marvel Universe but there is a whole emotional element Gillan is able to bring. Being abandoned by your mother only to have to discover yourself and then forgive. The arc of emotion all the while killing a number of men to get there is wonderful to watch.

Overall, Gunpowder Milkshake is a whole lot of fun from start to finish. It’s nothing like what you’ve seen before or would expect from any assassin film, it’s reimagined. The best part, you’ll notice only women do the killing and only men get killed. It’s clever, it’s visually stunning and it’s all lead by a wonderfully amazing female cast.