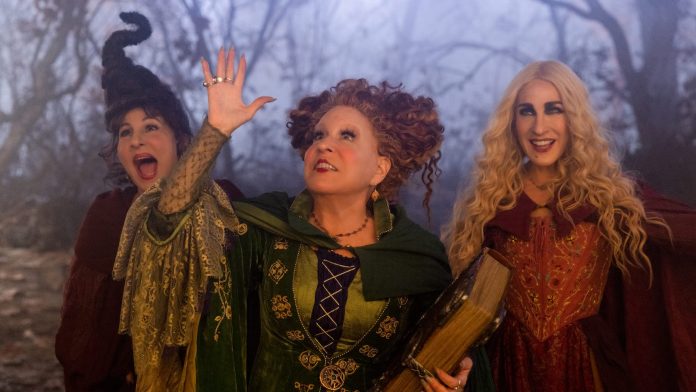 Hocus Pocus 2 reunites the original stars Kathy Najimy, Bette Middler and Sarah Jessica Parker for a straight-to Disney + sequel that captures the fun and musical campness of the 1993 original film. While the world has changed, the Sanderson sisters are the same and thrust into 2022 with the same goal to make the town of Salem pay for how they were treated and cast out. Surprisingly Hocus Pocus 2 manages to take everything that was great about the first film and hold it intact for the nostalgia factor for this film, while still infusing it with enough new ideas, including a fresh young cast who can carry to torch for this generation of fans.

Set in the current day, two friends Becca (Whitney Peak) and Izzy (Belissa Escobedo) are tricked into lighting the black candle, a second one that survived from the 1993 incident, bringing back the Sanderson sisters to perform their Halloween ritual. This time around the sistaaaaaahs hatch a plan cast a spell to make them immortal, which will stop the rising sun from sending them back to their supernatural prison. As the girls trick the sisters into thinking the blood of children now exists in facial creme products, they must do their best to stave them off till the next day when the sun rises. When the sisters run into the town’s mayor (Tony Hale) who is a descendant of one of the townsfolk who originally casted the girls out when they were young, they craft a plan to capture him as they need his blood to complete the spell.

Hocus Pocus 2 could have been a cheap and easy rehash of the original, and while some of the beats hit the same, this very much feels like its own thing. Getting the original cast back to play the three leads is the only way this works, they are as loud, camp and irreverently fun as they were in the original, and under new direction are allowed to have a lot more fun with the characters. Assembling a new cast was no easy feat but a mix of comedy legends like Tony Hale and Hannah Waddingham blend perfectly with the new young leads Peak and Escobedo who carry the film perfectly.

There are a lot of scenes in which the Sanderson sisters interact with new technology like Siri, automatic doors and you have all seen the Roombas in the poster. It is all done with such a great sense of tongue in cheek-campness, both adults and children will enjoy the performances here. Another great addition is the music, there are a couple of big musical numbers that help Hocus Pocus 2 feel like similar Disney + films like Zombies and High School Musical, the fact that they are performed by a powerhouse like Bette Middler only makes them more enjoyable. 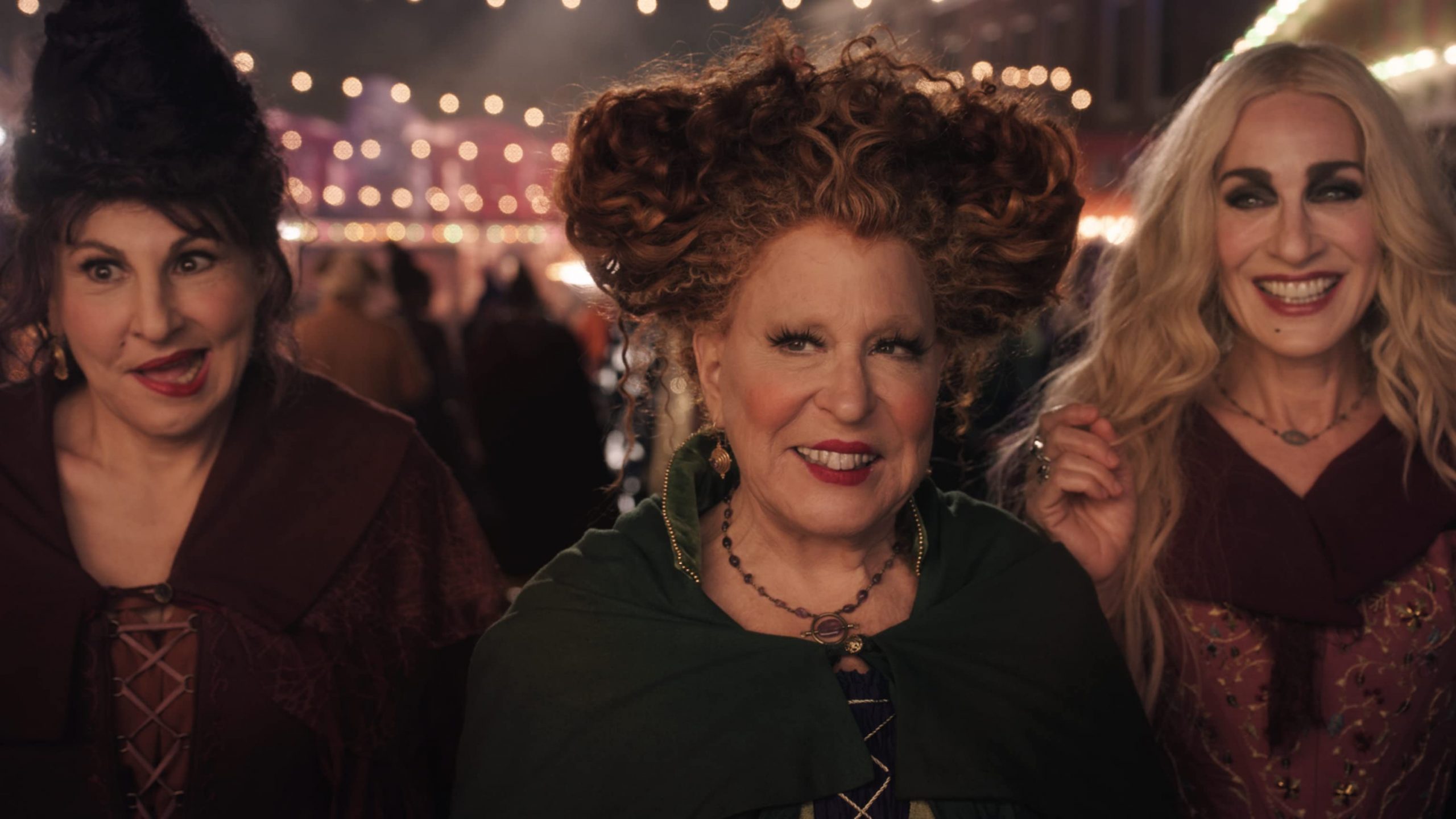 Hocus Pocus 2 is available on Disney Plus from 6pm tonight.

Hocus Pocus 2 reunites the original stars Kathy Najimy, Bette Middler and Sarah Jessica Parker for a straight-to Disney + sequel that captures the fun and musical campness of the 1993 original film. While the world has changed, the Sanderson sisters are the same...Review : Hocus Pocus 2