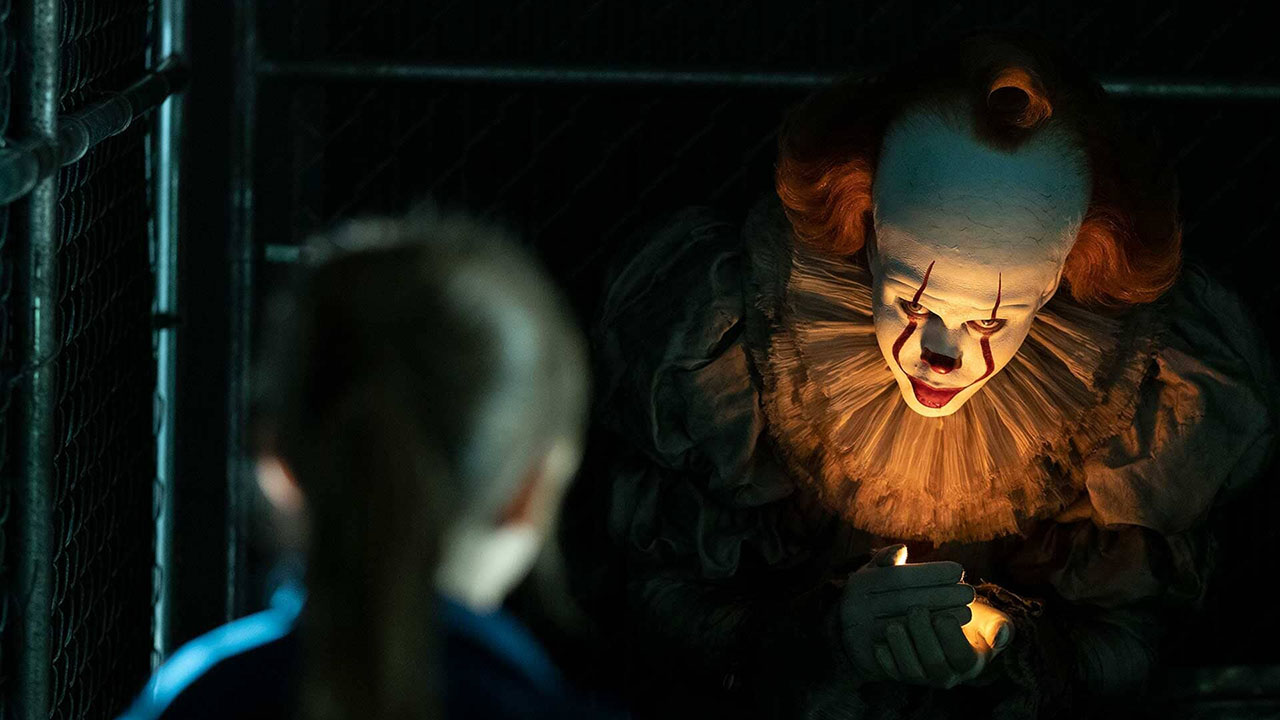 The highly anticipated sequel to the first film comes with a huge 3 hour run time that flips between the adult losers and their younger counterparts as they return to Derry to destroy It who has returned after 27 years and begun kidnapping children again. While the adult cast offers a broad range of talent and they all deliver outstanding performances, the long run time allows for a lot of filler making you feel every single minute in the film’s incredibly show second act. The scares are still here but have been dialed back to be more creepy than scary. Fortunately Bill Skaarsgard’s performance as Pennywise is still as unsettling and terrifying as ever and is worth the price of admission alone.

It’s been 27 years since The Losers defeated IT, forcing it back to its slumber and while all of them have left the town (bar Michael) their memories of Pennywise and the atrocities they endured have become a faded and distant memory. When a river of missing bodies are washed up in the river at Derry, Mike (Isaiah Mustafa) who has been monitoring the activity since the others left. When he convinces them all to return after 27 years Beverley (Jessica Chastain), BIll (James McAvoy), Ben (Jay Ryan), Eddie (James Ransone) and Stanley (Andy Bean) arrive back in Derry to regain their memories and destroy It once and for all.

The film has a 3 hour run time which for any movie is a big ask for an audience to sit through, particularly only after one film. While the first film was a huge success it does feel a bit much to ask fans to sit through 3 hours of the concluding chapter. There were times I thought a third movie may have been more appropriate, however there is a lot of filler scenes, particularly in the second act that could have easily been scrapped and weigh the film down before ramping up to the final showdown. The film allows each character to have several interactions with Pennywise and while one would be enough, by the third time it happens it fuels into overkill and you start to feel every minute of the film.

Factoring in the above, there is a distinct change in the level of horror in the this. While it is still present, it feels severely dialled back compared to the first film with the film being more creepy and eery as opposed to the scary horror dished out previously. If you are looking at this as a standalone film then the horror elements are there but if you compare it to the first film it pales in comparison. This can also be attributed to the introduction of humour that has a hit and miss effect. Fortunately Hader balances the line perfectly but when other characters try it misses the mark and a lot of echoes and awkward silences in the cinema followed.

The young cast of the original movie return as the story drifts between past and present. Diving into what happened after they defeated Pennywise the first time, their relationships and how they changed is a great offset to the story of the adult Loser club. The young actors all again bring their A game to this second part and a fleeting but terrifying appearance from Georgie actor Jackson Robert Scott is truly effective as a quick scene provides one of the more terrifying parts of the movie.

Effects wise the CGI that is overused in the film (for necessary reasons) goes from laughable at the start to gloriously epic in the balls out finale that will blow your mind. While I don’t want to spoil anything the explosion of illusions in the final moments of the film do make this journey worth it. It just takes a bit longer than it should have.

It Chapter Two boasts an incredible cast but by trying to stay faithful to the source material (namely the book) is fleshed out with a run time that could easily be carved back or adapted into a third instalment to save the film from the middle act slog. Fortunately the performances from the cast both young and old are spectacular and while the jokes don’t always land from other characters who aren’t Hader, scenes that will become integral to this adaption are the reunion dinner at the chinese restaurant that boasts a chemistry that is undeniable. The Losers re-discovering their fortress as adults and flashing back to their unveiling when they were children is incredible storytelling. While these elements are great, particularly for a horror film, the toned down scares are turned to the creep factor make for a less engaging experience if you are looking for pure horror.

It Chapter Two is showing in cinemas now.