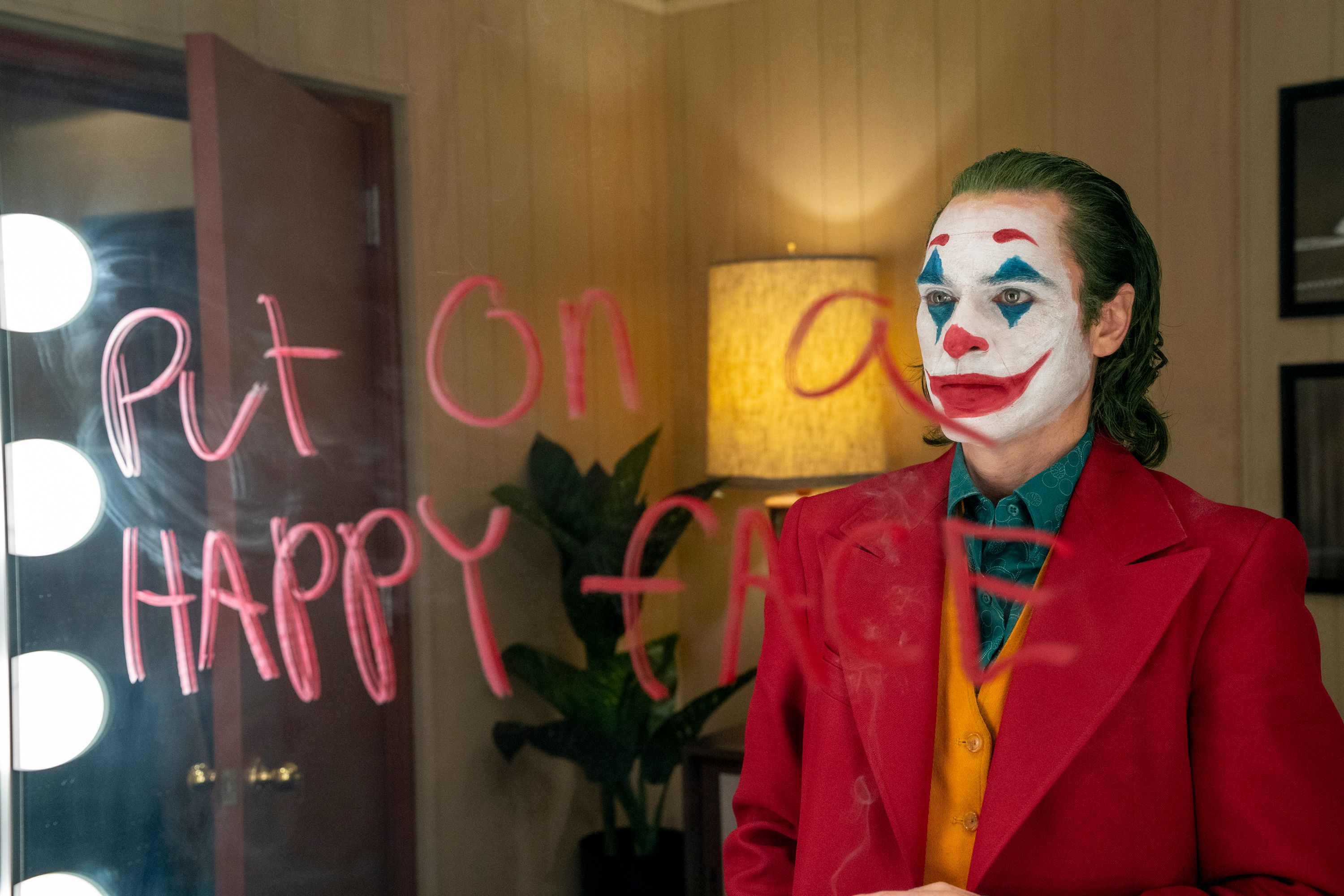 Comic book movie saturation has reached an all time high with up to 10 + comic book inspired stories hitting the big screen every year, with no sign of it slowing down anytime soon studios are going to have to do more than deliver the traditional MCU method of film making to stand out in the crowd and deliver something memorable. Earlier this year the culmination of 10 years of connected stories ended with End Game becoming the highest grossing film of this generation (not adjusted for inflation). DC comics have had a bit of a mixed reception to its connected universe with more lows than highs, things have begun to turn around with positive responses both critically and financially for Aquaman and Shazam. Now comes Joker to absolutely smash any pre-conceptions of what a comic book movie is and by not following any comic book storylines sets a new standard for superhero films. Joker is by far the best adaptation of a DC comics from page to film ever made.

Set in the 1980s, Joker follows the story of Arthur Fleck (Joaquin Phoenix) a mentally disturbed child who is in his 30s living with his mother Penny (Frances Conroy) Arthur is trying to make a career as a stand up comedian after his mother has instilled that he is meant to bring laughter and happiness to the world. Needless to say his career is not going so great with his day job working as a clown, he is often subject to bullying from his co-workers. In the outside world Gotham is set to explode as the rich vs poor divide in society is reading a dizzying height. Garbage workers are on strike and as a result giant rats are now infesting parts of the city turning it into a slum. Thomas Wayne (Brett Cullen) is running for Mayor of Gotham to try and bridge the gap between the two classes. When a series of murders in a clown costume send the city into a spiral, Gotham is ready for Joker to make his debut.

By far the most incredible thing about the film is Phoenix as Arthur Fleck. He delivers an unsettling performance through Arthur’s condition that causes him to laugh uncontrollably in awkward and tense situations. When these scenes play out on screen it is the most uncomfortable I have ever been in a film. Phoenix lost considerable weight for the role and twists and contorts his body into scary and freakish positions. It is the perfect visual accompaniment to his flawless performance. The moments that Arthur snaps into Joker resulting in bloody and violent acts are sudden and this only adds to the twisted and warped nature of the character. Phoenix shifts into this seamlessly and just as easily back to Arthur the scared and tortured soul.

Not to be outdone by Phoenix is Francis Conroy as the doting and overbearing Penny. Her relationship with her son is one of dependence and while she relies on him to get her through life, she is clinging to the hope that Thomas Wayne will intervene and save them from the building and slum they are currently living in. She is fierce in her determination and when things start to turn sour, can flip into a hardened version of the character becoming quite critical and judgemental. Conroy delivers a performance of a frail and desperate woman who will do anything to see her son succeed but reveals reservation about his ability to make other laugh “Don’t you have to be funny to make it as a comedian” her constant echo throughout their scenes together.

Additional appearances from Zazie Beetz as the Fleck’s neighbour Sophie showcases a side of humanity to the family and show a softer side to the Fleck family. Through all of the twisted insanity, Sophie is able to draw a human side out of Arthur for just a few moments before he descends back into madness. Robert DeNiro plays a TV host Murray Franklin hosting a late night comedy show. DeNiro delivers a suave and comedic performance, a side of him we rarely get to see.

Lawrence Shur delivers some breathtaking cinematography allowing the camera to linger on Fleck when he melts down and descends into a laughing fit. Leaving the camera for just a few extra moments allows for the moment to really sink in, it adds an extra level to the disturbing performance from Phoenix. There are several locations that may look familiar (which I won’t spoil here) that help keep it connected to the DC comics side of things when it seems so distant from the recent films.

Going hand in hand with this is the dark and brooding score from Hildur Guðnadóttir. As the sweeping shots of Gotham and the slums whirl around, the score is kept dark and sparse and only leans in when it needs to. It feels a very careful and deliberate mix of visual and audio creating the perfect atmosphere supporting the performances from its characters.

Having a movie not connected to the larger DC cinematic universe is exactly what WB should be doing moving forward. You can still have your big budget blockbuster films and give them connective tissue, but giving Joker free rein and a hard R rating will be the key to success with DC as it is something that Marvel/Disney can never do. Joker is the perfect jumping off point for a darker, adult comic book stories that are truly adult and can provide character studies into classic villains we have seen in comics and on screen for many years. I also never ever want to see Jared Leto’s version of the character on screen ever again.

Joker is a deep dive into the psyche of a truly disturbed and abused child forced into a world that wants nothing to do with him. While fears of the message of the movie may incite violence in real life, the film never depicts Arthur Fleck as someone to be admired or emulated. It allows the truly psychotic nature of Fleck turning into Joker and how his abuse infects the world around him. Adding in outstanding performances from the supporting cast and some truly shocking and violent moments, Joker is the comic book movie we didn’t expect, it completely rewrites the book on the genre and finally allows DC to flex its muscles against the might of MCU films.