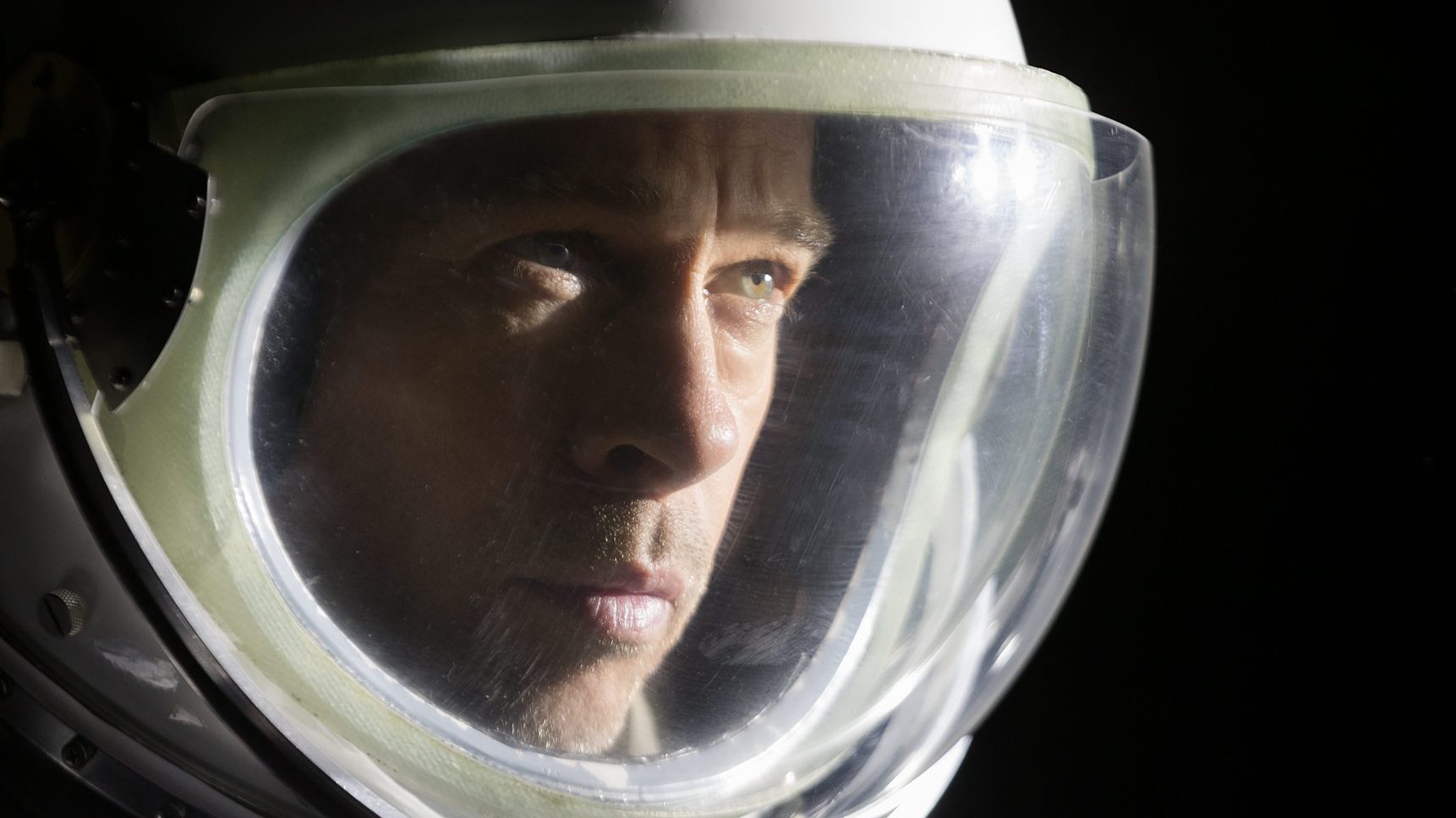 Space film is fast taking a different route. Until recently film revolving around space has been about exploration and seeking the unknown. However, for the last handful of movies based in space, the theme has gone down the trajectory of personal struggles and escaping life on earth. Ad Astra continues on this path in a clever albeit drawn-out story.

It’s the not too distant future and space exploration has rocketed. Commercial flights to the moon and bases set up on planets used mostly for mining. It’s the latter that has sparked wars on land in places like the moon and with no policing available the wars continue almost unchecked.

Working on a large antenna high into the atmosphere, Captain Roy McBride and a number of others are struck by an electronic pulse which sends them hurtling back to Earth.

In what seems like a routing debriefing McBride is called in for questioning. But to his surprise and shock, he has been asked to go on a mission to find the source of the electronic pulses. The pulses of which are believed to be coming from his father thought to be dead.

In a quest to save the earth from further catastrophe and some much-needed closure from his father, McBride sets out on a highly confidential and long journey to Neptune where his father is believed to be.

The first thing to establish is that while this film is set in space, it is by no means at its core a sci-fi. It is very much a psychological drama teetering on a thriller. The space element makes the concept more interesting than a drive across the country to see his father.

The idea comes from Writer and Director James Gray (The Lost City of Z, The Immigrant, We Own The Night). To Gray’s credit, he has taken a tale of father and son woes and given it a complicated journey. A relationship that can sometimes feel like it is something from outer space.

The film revolves around the one central character, Roy McBride played by Brad Pitt (Once Upon a Time in Hollywood, World War Z, Moneyball). McBride has this unique ability to stay calm under pressure and handle situations with expert analysis, minimising any if at all complications. This all unravels the closer he gets to his father. Pitt’s ability to show the breakdown is both powerful and almost heartbreaking at the same time. A lot of Pitt’s performance comes from voice-overs which he manages to portray with more questions in what he is saying. His tone and delivery are outstanding.

What it comes down to is this psychological battle Roy must deal with after finding out his father is alive and possibly the cause of a catastrophic event. The further he goes into space the deeper the issues he struggles with. For someone who is very calculated and systematic in their approach, their way starts to unravel as their choices falter. The viewer is on this journey with Roy with the many monologues and internal thoughts. This gives a deeper understanding of an otherwise vast space.

Visually the film does tend to let itself down. Director James Gray had the film delayed spending more time on the VFX, but still holds no splendour. There is a certain expectation with space film in that it will bring some spectacular visuals with it. Take, for example, Interstellar, Gravity or even The Martian where half the journey watching the film is in the bewilderment of the image. Ad Astra seemed to have a more simple and basic approach putting more attention to that of the story and performance.

There are some amazing glimpses into the future which really gives the film a strong base. It’s the use of commercial space travel. Virgin Galactic taking people to the moon on what seemed like a daily commute, charging $150 for a blanket and a pillow. What you see on the Moon is what can only be described as a tourist destination. Full of trashy shops and large chain restaurants and retail. There was something frighteningly realistic about this that made the film that little bit more believable.

Overall, Ad Astra isn’t what you’d expect it to be. It isn’t the grand space film which has come to be expected with such a theme. But rather you have this really interesting and complicated father and son story that just so happens to be set in space. It’s an outstanding performance from Brad Pitt as he navigates his thoughts and feelings. The entire film matches that of the mood and complications. Even down to the empty red spaces of Mars. Sometimes all the space of the universe isn’t what you need when you have all you need back on Earth.