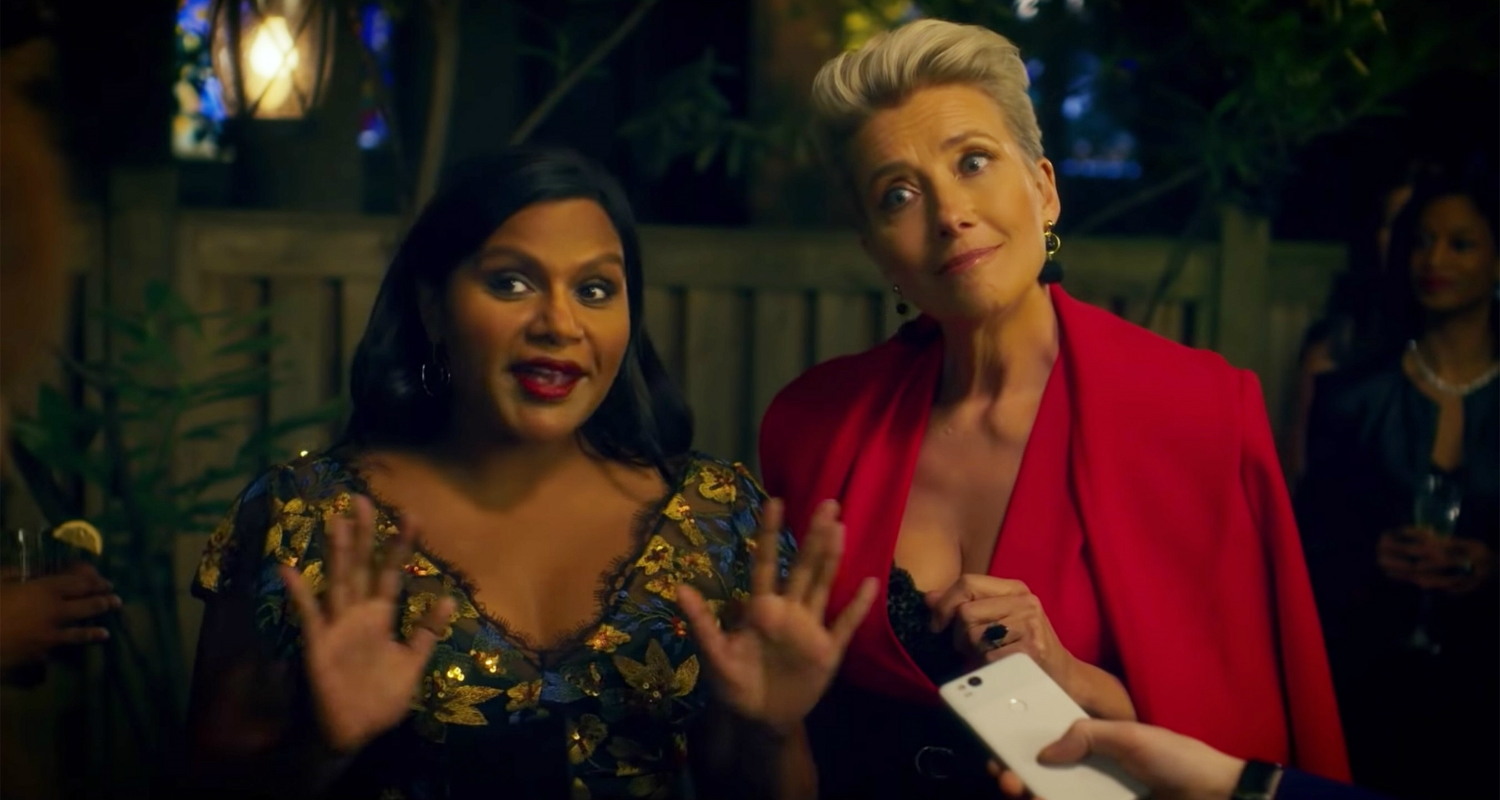 Mindy Kaling is a renowned comedy writer and actress starring in mainly TV projects as the lead actress like The Office & The Mindy Project, While she has been a powerhouse as a writer and actress on the small screen it is finally time for her to spread her wings and bring her unique view of the world to the big screen with Late Night. The film is a smart and funny take on a classic workplace trope that is the most I have laughed out loud in the cinema this year. Apart from the writing, the performances, particularly from lead Emma Thompson completely sells the premise and will leave you wanting more. Disclaimer – it is important to note that this film is a work of fiction, it is not inspired by Kaling’s experience or any other late night host as sadly as Thompson put it “This film is science fiction as there is no such thing as a female late night host”

The film revolves around late night show host Katherine Newbury (Emma Thompson) who is about to enter her 25th year hosting her talk show, plagued by declining ratings and a refusal to accept new technologies and talk show shticks. After receiving news that the network plans to replace her with Daniel Tennant (Ike Barinholtz) Katherine employs a young indian woman to revive the show Molly (Mindy Kaling) who is the diversity hire in a room full of white male writers. Together they attempt to re-write the show and shift its direction to a wider audience.

There is so much about this film to love. The writing is sharp and witty, it utilises Thompson’s ability to make a complete monster feel a little bit relate able and through scenes with her husband Walter (John Lithgow) allows for the viewer to be sympathetic to her plight, even when she is truly tyrannical. If you love Emma Thompson as an actress you will adore her in this role, if you are not a fan you will be a convert after this performance. It is most comparable to Meryl Streep’s Miranda Priestly in The Devil Wears Prada, however in this role there is a lot more human elements to Katherine and a layered performance and admittance of depression and emotional self flagellation. There is one point in the film where Katherine admits “I feel shitty about my life so I try and make everyone else feel shitty too” It’s such a rare thing for a character in a workplace comedy to admit and the film allows some time for that moment to breathe and play out.

The comedy is spot on. While there is a lot of tension with the diversity hire thing, it is often balanced out with witty rhetoric and quippy one liners that keep it from feeling too serious. This is typical of Kaling’s writing, most comparable to The Mindy Project. however there is a definite air of growth to her writing. Although the consistent wink to her love of McDonald’s is still evident in this project.

Late Night was delayed by a few months after making its U.S. run earlier in June, and while Booksmart was my favourite comedy of the year, Late Night has swooped in and taken out the top spot with its incredible writing, unforgettable performances and a leading duo that need to co-star in more projects together.