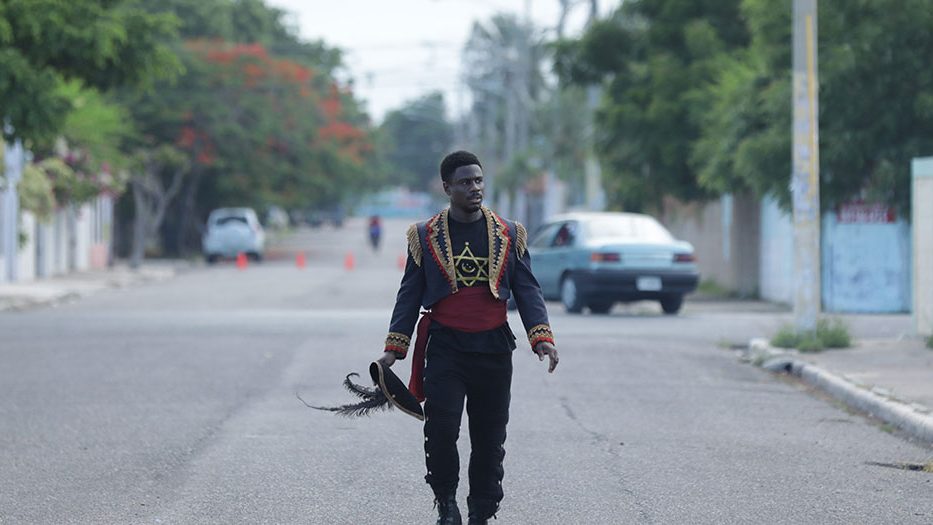 There is a clause at the start of The Day Shall Come stating it’s “based on 100 true stories”. It’s hard to pick a side with the people working tirelessly to keep America safe from extremists or the individuals being set up to be an example for others who will follow in their path. The Day Shall Come pokes fun at both sides and gives the whole situation an emotional attachment.

Preacher, husband and father Moses Al Shabaz is working hard to build a sustainable farm and find a following of believers of his revolutionary ideas. With three loyal followers Moses takes to the streets to spread his good word. But his online presence has made its way to the attention of the FBI.

In an attempt at locking away Moses and his followers for their extremist beliefs, the FBI attempts to set up Moses in a theoretically simple sting. But what they didn’t expect is Moses to be not only delusional but also have some moral standards which meant he handed the FBI into themselves.

The whole concept of The Day Shall Come is hilarious. It’s almost so far-fetched it’s hard to believe that something so unbelievable could happen. It’s also the downside of this film at the same time. It’s so far-fetched, that it’s hard to understand what it is the film is going for. Is it trying to make a mockery of extremists? Or is it trying to point out how ridiculous the FBI are in order to make an example of someone?

The gold in this film lies in the interactions between the FBI agents. Anna Kendrick as Kendra Glack, Denis O’Hare as Andy and Adam David Thompson as Stevie. There are so many one liners that will make you stop for a moment and think, did they just say that, then burst out laughing.

The standout performance comes from the relatively newcomer, Marchánt Davis as Moses Al Shabaz. Davis plays a delusional cult leader blended with a family man and holds this bizarre combination really well. He managed to give a believable performance in an entirely unbelievable circumstance.

The film comes from Writer and Director Christopher Morris, famous for Four Lions. He has a strong British comedy background which can be felt throughout the film. But as he tries to blend it with the deadpan comedy style the Unites States of America are famous for, the outcome starts to become a little dazed and confused.