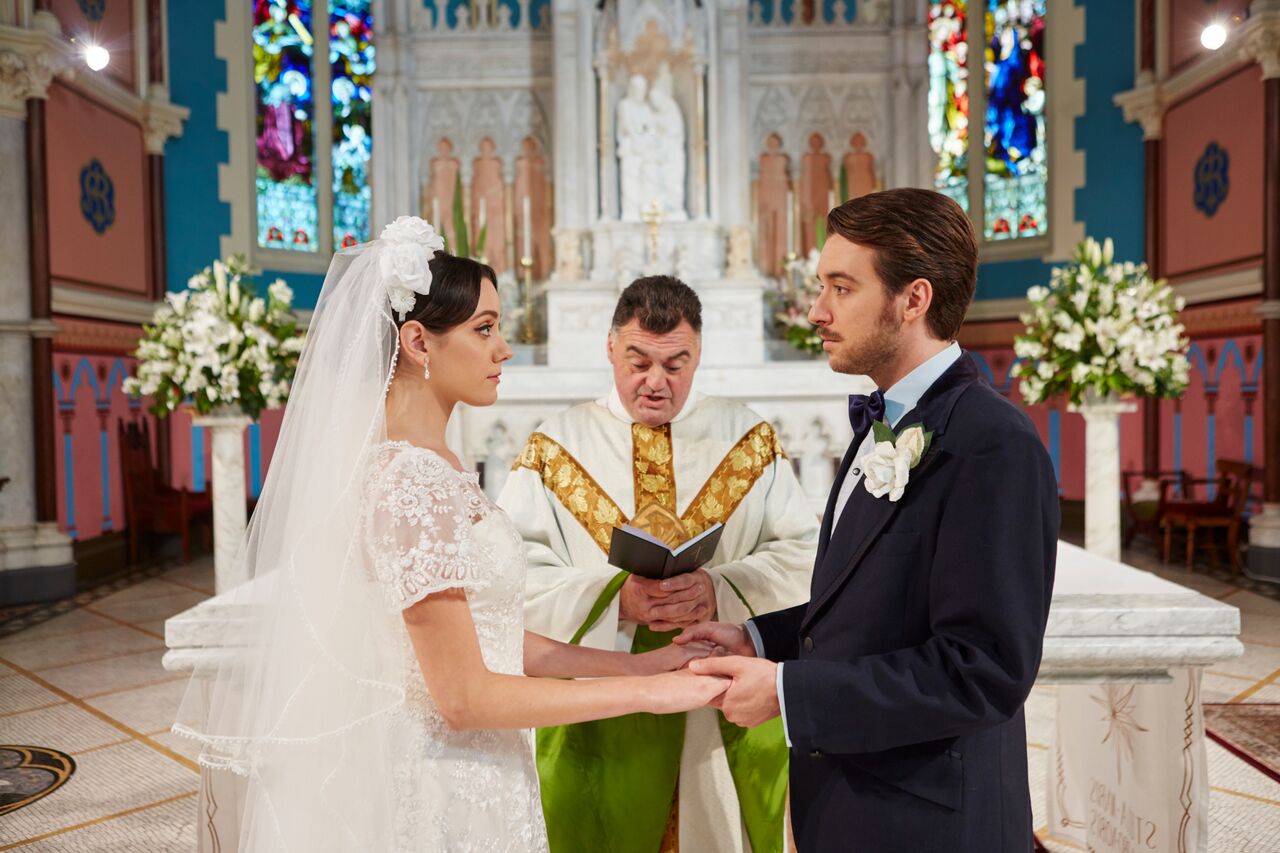 Love is and always will be life’s most wonderful journey. But at the same time or for parts of, it’s one of the most unhappy, complicated and challenging times of one’s life. Throw the challenge of arranged marriages into the works and being forced into something the heart doesn’t want, can only cause more heartache. That is unless the heart doesn’t know what it wants. Australian film, Promised, navigates the rollercoaster that is an Italian arranged marriage.

When baby Angela is restless and crying, a young Robert puts his teddy bear next to her in her cot. To the amazement of everyone, Angela stops crying and her father Joe is struck with an idea. Angela and Robert should wed when they are of age, in turn, they are promised to each other.

Skip ahead a number of years once Robert is back from studying abroad and Angela is studying hard at University, the pressure of being promised becomes a hot topic. But not without complication. Angela is in love with another man and Robert doesn’t know how to say no to his father Joe.

Joe holds a strong and dominant position in the Italian community and usually gets his way. When he finds out Angela has another love interest and his son’s life isn’t going to his plan, Joe makes arrangements to ensure the marriage between Angela and Robert goes ahead.

Forced into an unhappy marriage and a rather dull wedding, the two go through the motions of living together but having nothing to do with each other. That is until Robert brings home some eggs from a client and teaches Angela the basics of cooking.

From here the two start to understand each other and what is it they want in life and how they can provide for each other. This journey isn’t without some bumps and a lot of tears. But what they find in the end is what they’ve always been looking for, each other.

There was a strong undertow about the Italian mafia in Promised. There was always a hint at what was going on, but it was only ever hinted at. Delving further into this storyline would have given a great understanding to Joe and why the arranged marriage is so important. It would have also better filled the time otherwise spent looking at unhappy faces and long contemplating glances.

There was also a great loss with Promised in its casting. Firstly, Australian 90s pop sensation, Tina Aerna as Rosalba and secondly 90s dancing heartthrob from Strictly Ballroom Paul Mercurio as Sal. A wonderful union of the two onscreen that completely missed an opportunity to have them sing and or dance together.

Despite the lost opportunity, the two give great performances especially with Aerna’s debut into the movie world. Her heartfelt portrayal of a wife and mother in the 50s who wants the best for her children but has no place to question her husband.

Antoniette Iesue leads the cast as Angela. While her work prior is minimal but does include the hit TV show, The Good Place, she manages to navigate some strong emotions with ease. There are parts of the film where there is a little distance to the emotion but for the most part, Iesue captures the essence of the heart and what it wants.

Overall, Promised is a tale of forbidden love, broken hearts and knowing what the heart wants. The film does tend to teeter around a number of storylines and not quite delve into the ones that would seem interesting. There is a lot of juvenile performances but that is outweighed by the stellar casting of some of Australia’s performing heavyweights. It’s a heart-warming tale about Italian culture where sometimes, parents can be right.