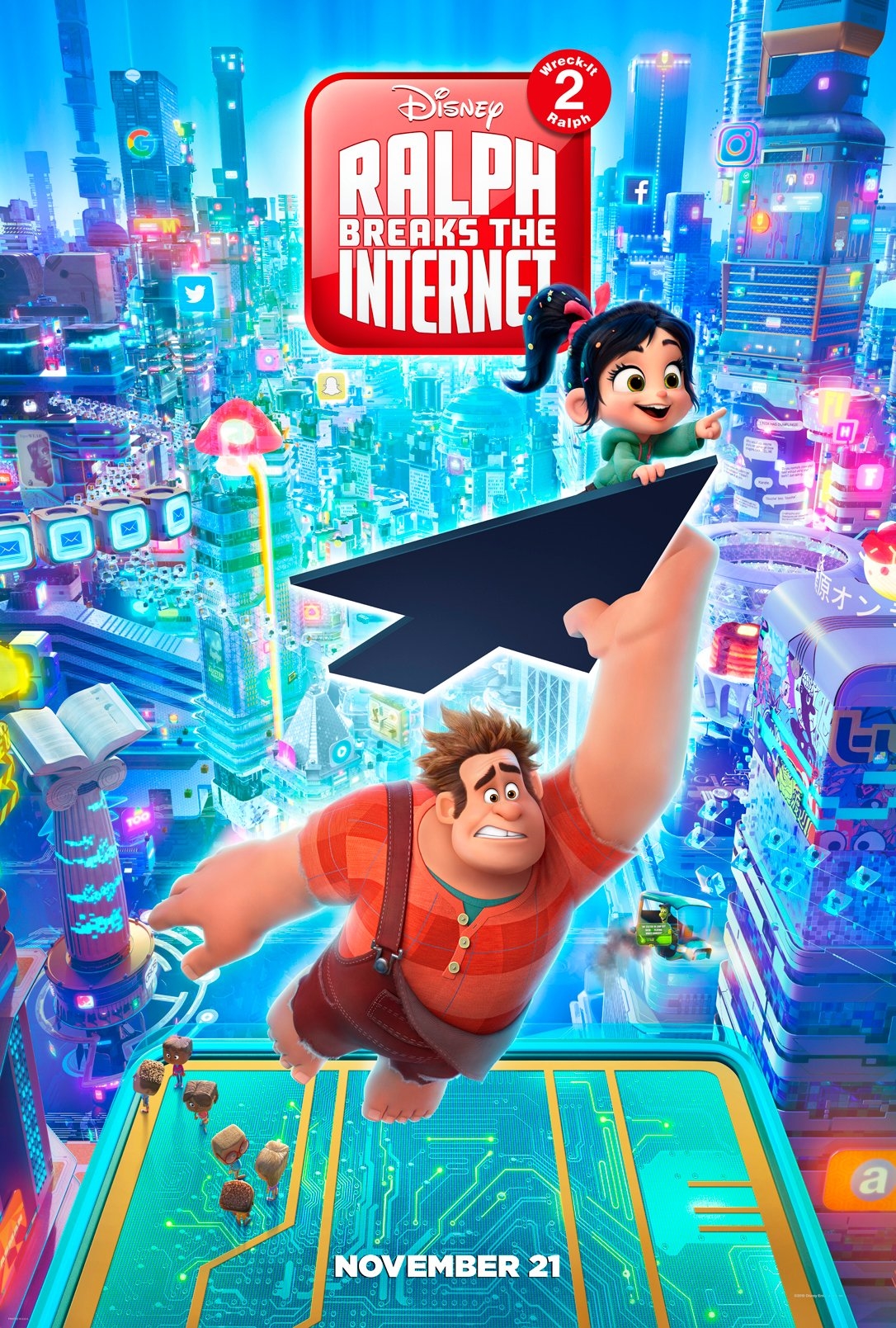 It’s been 6 years since we were introduced to Wreck It Ralph where Disney ventured into the world of video games, exploring a retro filled paradise for gamers, while giving us some truly memorable characters like Princess Vanellope and Felix with some pop.culture moments that have stood the test of time. Now we finally get a sequel that takes Ralph and Vanellope inside the world of the internet, and while this is not something that is new after The Emoji Movie, it is the first time that it gets it right. This time with more laughs, more puns, more video game characters and a touching message about friendship that movies rarely dare to dive into. All of this combined with incredibly beautiful animation and the infamous Disney Princesses (with some more surprises along the way!) deliver one of this years best animated films to brighten up your Boxing Day.

The story picks up a few years after we left off with Ralph and Vanellope in their respective games, they entertain by day and spend the night drinking root beer at the Tapper and enjoying each other’s company. When Venelope expresses the desire for something more, Ralph attempts to help by making a few new shortcuts on the game track. The Sugar Rush game glitches out and as a result the arcade owner decides to unplug the game. Ralph and Vanellope set off inside the internet to try and buy a new steering wheel so that game won’t be unplugged. Along the way they meet Shank (Gal Gadot) inside an online game called Slaughter Race, the standout addition to the world of Wreck It Ralph, a sassy and positive role model for Vanellope whil also commanding the rules of the internet to help the story move along.

What was most surprising about the story was its final act that is dedicated to friendship and what we allow to come from our friendships. For most of the movie Ralph is always by Vanellope’s side and seeing his neediness is never something I ever thought would see adressed in a children’s film. While there is no clear villain in this movie, it does paint negative friend traits and control freak behaviour as something to be wary of and that we should all believe and trust in our friendships as they grow and evolve over time, even if we are not seeing each other every day. It’s a surprising and impressive direction from the House of Mouse. Additionally having Vanellope and Shank become friends and role model type relationship was also a surprising addition. They could have easily made Shank a villain type character, instead they chose to give her depth and now is a great character in this expanding world.

Animation wise this film is just beautiful. Watching the first film the night before, you can definitely see the huge advancement made in animation in just five years since the first installment. It also helps that the lights and fast paced internet world the majority of the world is set in is immaculately detailed. The attention to detail even with Ralph and Vanellope is also very noticeable. Shank is the most human of any character we have seen in the franchise so far and she looks incredible. The way her hair flows and the lines on her face are all beautifully detailed. The world of Slaughter Race is dank and dirty when compared to the vibrant colours of Sugar Rush and really deliver a diverse pallete of colour.

The nature of a sequel is to rip two characters apart and have them come together closer than ever. This story breaks away from the mould and instead centers around how these two compliment each other and how they can move forward while both living their best lives. This combined with some of the best computer animation in a movie to date deliver a surprise hit for Disney Studios and some very memorable moments with Disney Princesses, the late Stan Lee and Sonic The Hedgehog. Both young and old will enjoy this movie and is a worthy sucessor to the Ralph video game movie universe that we cannot wait to see more.

Ralph Breaks The Internet opens in Australia on Boxing Day.

Review : Spiderman – Into The Spiderverse