Review – Scary Stories To Tell In The Dark 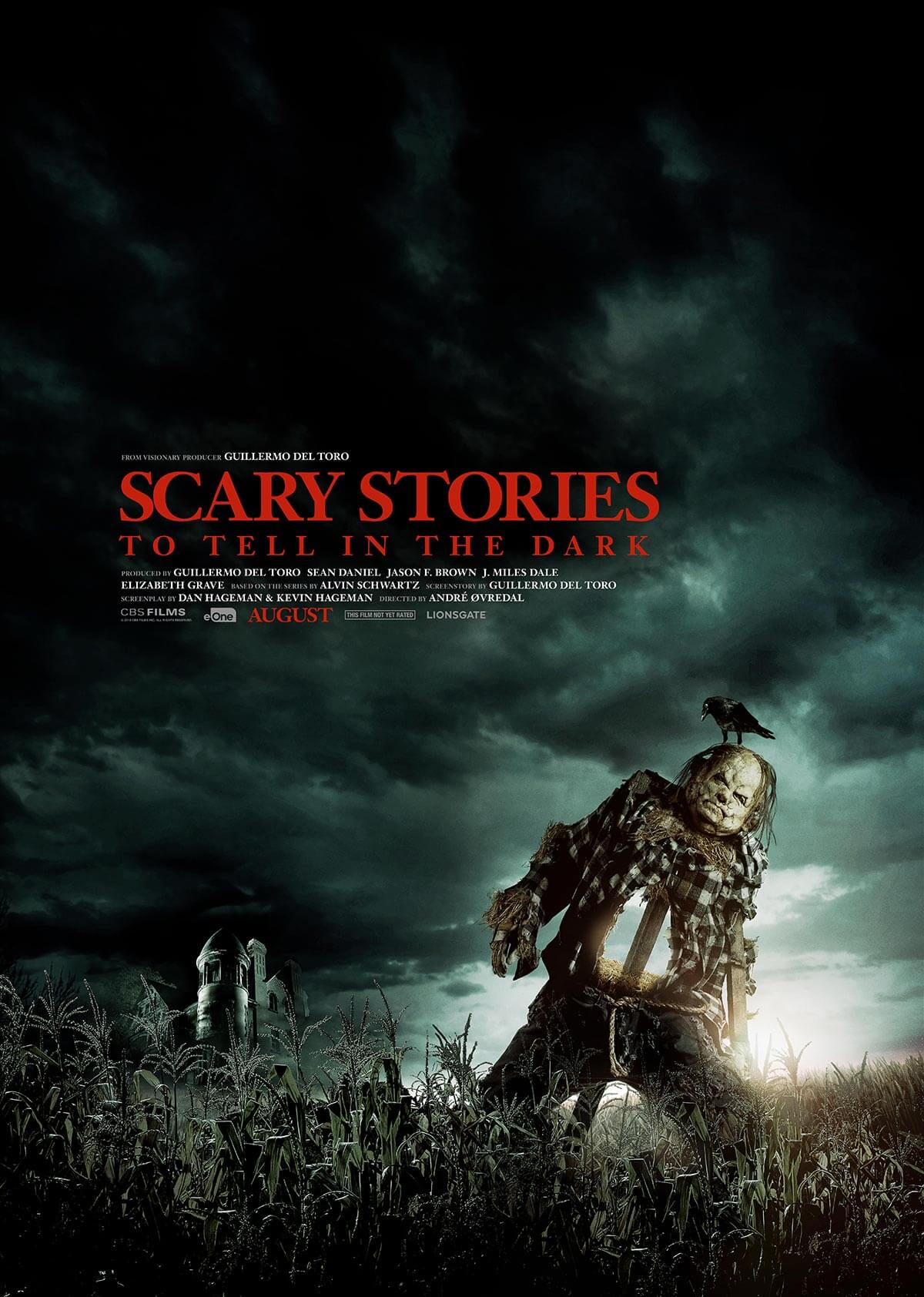 This type of scary storytelling hasn’t been seen for some time. Not since the late 90s and early 2000s that was filled with urban legends and scary stories.  But there is something about Scary Stories to Tell in the Dark that just feels like its tapping into something that just works. It knows its audience and exactly who will enjoy this film, teenagers interested in horror and film and caters to them perfectly.

It’s Halloween and Stella decided to show-off to the new guy in town, Ramon, and show him a haunted house. Stella, a budding writer, has always been fascinated by the horror genre and is excited to look around the house.

Searching through the home that belonged to the Bellows and the source for many stories about Sarah Bellows, the daughter that was mistreated and hidden away. Stella finds a book of stories written by Sarah Bellows in what appears to be revenge stories against those who harmed her.

Taking the book back with her, Stella discovers a new story and to her horror, it comes true. In a race against time, Stella and her friends have to stop the stories coming true before people die.

Scary Stories to Tell in the Dark is based on the written stories by Alvin Schwartz from the early 1980s. It was adapted by the ever-talented and creative storyteller, Guillermo del Toro. del Toro is most famous for bringing Pans Labyrinth to life as both the writer and director. He also wrote and directed The Shape of Water and a writer on the Hobbit films. Not only can he tell a great story, but he also has this wonderful ability to put these two worlds of ghosts and ghouls and fictional characters and humans together. Creating an almost natural albeit frightening and horrifying result.

Leading the cast is actress Zoe Margaret Colletti (Wildlife, Annie, Skin) who plays Stella. Colletti brings a wonderful balance of innocence, confidence and a young girl who had to grow up way too fast. She executes this backstory and persona so intimately that the viewer tends to know exactly who she is and where she’s come from.

With any book to film, it is always hard to give the viewer what might possibly be a different visual experience to what they have already had when reading the book. In this case, the book was already illustrated and the visual team managed to bring the illustrations to life with particular homage to the original works. The ghosts and ghouls represented were all given an almost black and white hue to represent that of the original illustrations.

A scary movie wouldn’t be complete without the score to accompany it as it builds the suspense and makes the audience uncomfortable. The score, however, was done in a clever way as to differentiate between each of the stories within the film. For example, Harold the scarecrow tends to use a lot of banjos and the Pale Lady using woodwinds.

Overall, Scary Stories to Tell in the Dark is a good bit frightening and scary as it is a great story. The strength of this film is in that fact it holds its own despite having the book background. If anything, it strengthens the words already on the pages of the book. At the hand of del Toro, it’s easy to see why this adaptation to screen works. It is every great thing about scary film the 90s and early 2000s seemed to get right and a whole lot more.

Previous article
Pax Wrap Up 2019
Next article
Review – The King