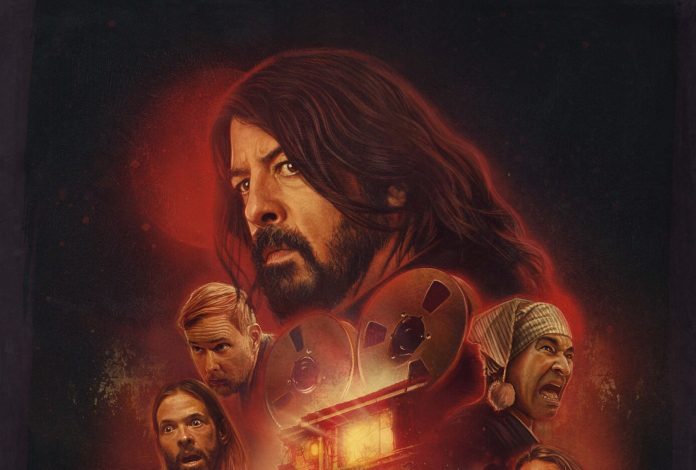 Here is everything you need to know about Studio 666. You’ll laugh, you’ll turn your head in horror of how gruesome it can be, you’ll rock and then at times you’ll question why the Foo Fighters made this.

The Foo Fighters are making their 10th album and they want it to be epic. They’ve recorded at all the great studios and made all the great sounds their fans have loved or come to love. While their manager, Jeremy Shill, needs this to be an even bigger hit to manage some debts, he comes up with a great idea and suggests the perfect studio.

The band moves into a big Hollywood house complete with a pool that’s never been cleaned and a perfect deck for a bbq. But what suckered in the band is the sound the house makes. Moving the instruments into its perfect spot to create the perfect sound, something started to happen to the band. 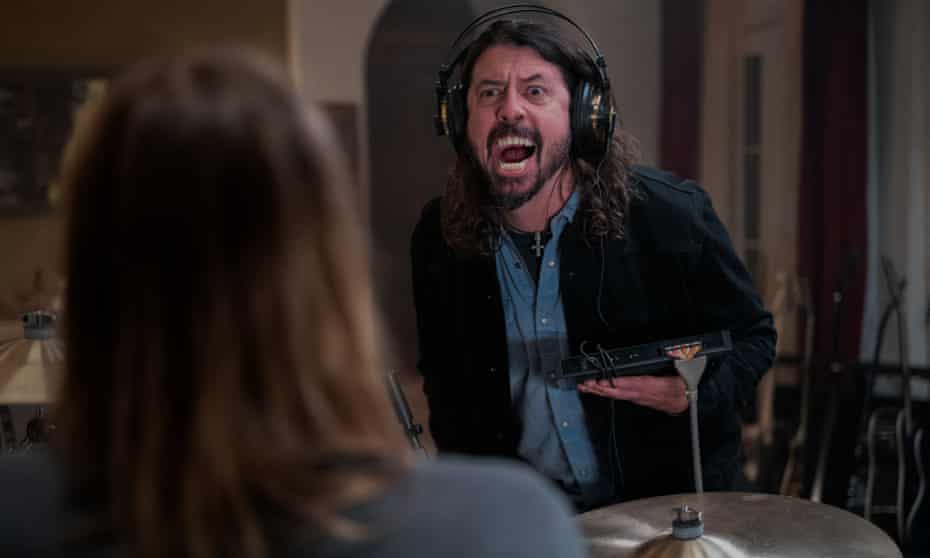 Dave starts to see things out of the corner of his eye. Not to mention the insistent dripping sound he can hear which leads him to the basement. Low and behold, not only does Dave find the new sound for the album he becomes possessed.

The task at hand is to complete the song that was never finished by the last band that recorded at the house. Once that’s done the demonic spirits will gain strength to cause havoc. Dave pushes the team harder and harder to complete the song that just doesn’t have an ending. But to get there, the band starts dropping off one by one. Until Dave is the last standing with a promising solo career.

Studio 666 is low budget. Lower than low. It’s made to look low and is low. Something you would expect from the film students of a University. One location, basic lines and some very gruesome but hilariously simple special effects. And it all works so very well. If this concept was attempted with a big budget with a high profile director, it would flop. The beauty of this film is just how simple it is. 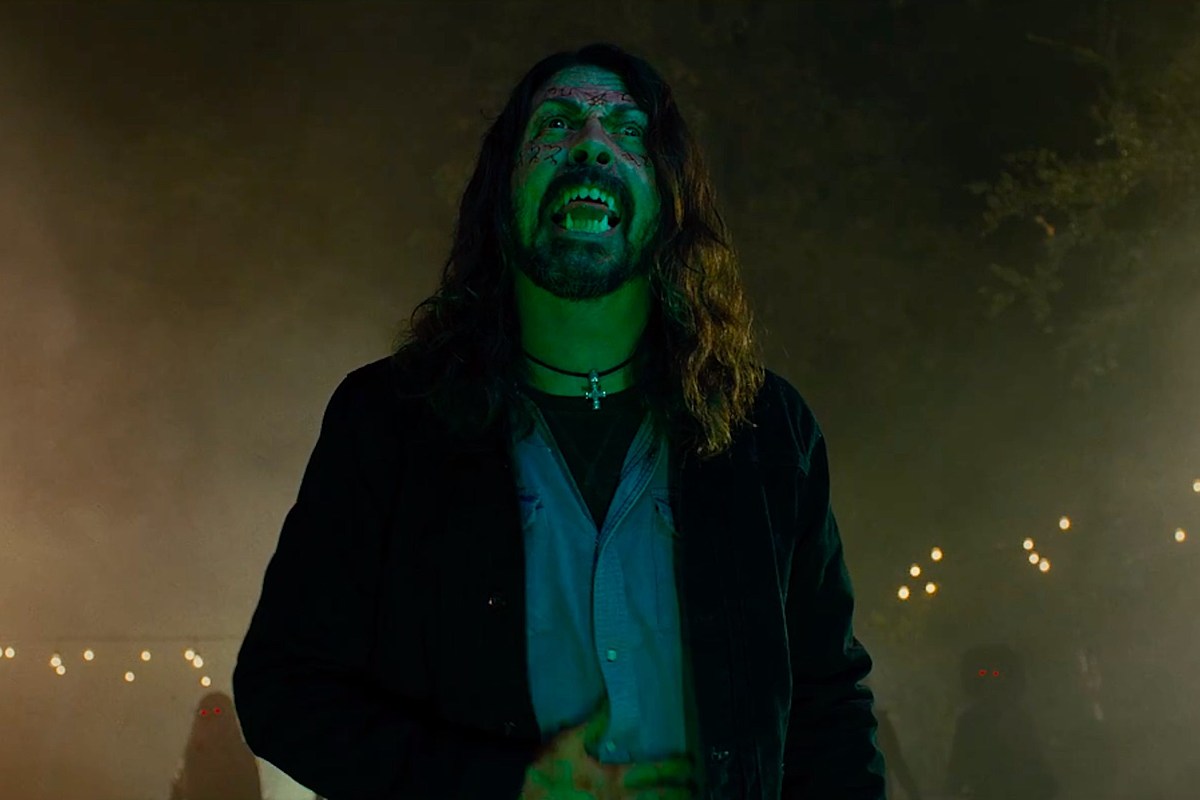 Which brings us to the performance of the Foo Fighters. These are performers, there is no denying they bring a certain je ne sais quoi. You’d be correct in thinking it would be an easy transition from musician to screen actor. They make music videos in which they are acting all the time. But it’s actually quite the opposite for the Foo Fighters. If you think about their music videos, it’s for the most part them having a bunch of fun with the song as the video’s soundtrack. Their actual “acting” is far and few between.

The band delivers their lines as if they are delivering lines. Even their interactions between each other is forced and a little uneasy. But there are these slivers of moments that will make you laugh. It’s usually moments where they most likely went off script or they just let go and had a bit of fun with the role.

To loop back to the initial question of why the Foo Fighters would make Studio 666. Well as it turns out, it’s nothing more than, “why not”. The band had a chat with Triple J radio host Zan Rowe and explained the idea was rather simple. They were recording their latest album, Medicine At Midnight, at the creepy old hollywood house when they decided since they had the house they would stay on a couple more weeks and make a short horror film. Only to find themselves part of a much larger project which ended in a full length feature film. 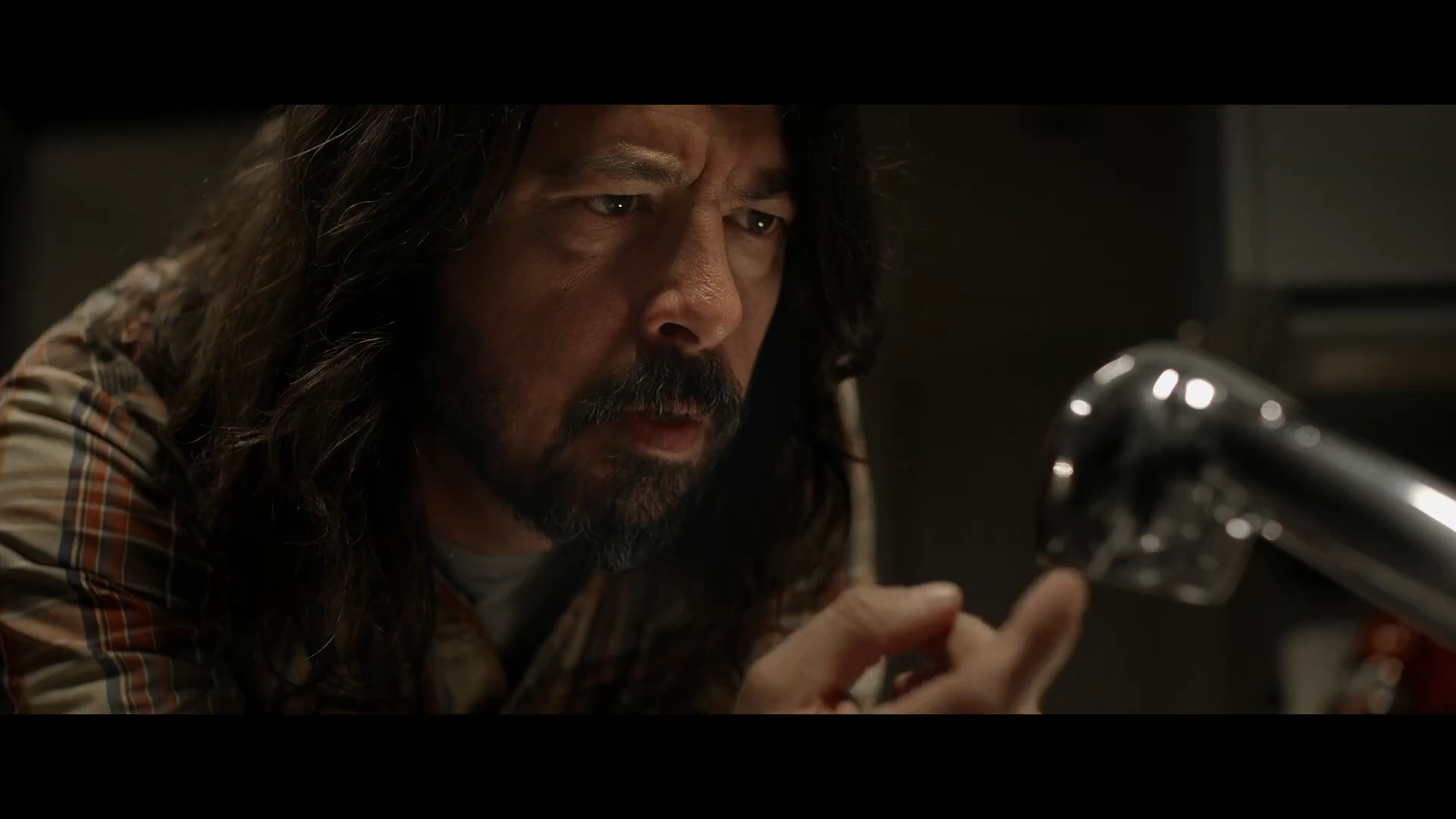 Overall, while Studio 666 is maybe 20 to 30 minutes too long, it’s every moment is worth it. You can tell the band went in with a simple idea and had fun with it and it grew to what it is. You’ll most certainly laugh, they don’t take themselves too seriously in this film. You’ll most likely laugh at how ridiculous the horror scenes are. That’s if you can watch it all. It does become rather gruesome at times. But most of all, it’s wonderful to see the band do what they do best and that’s make music. Even if it does mean they will die trying to do it.