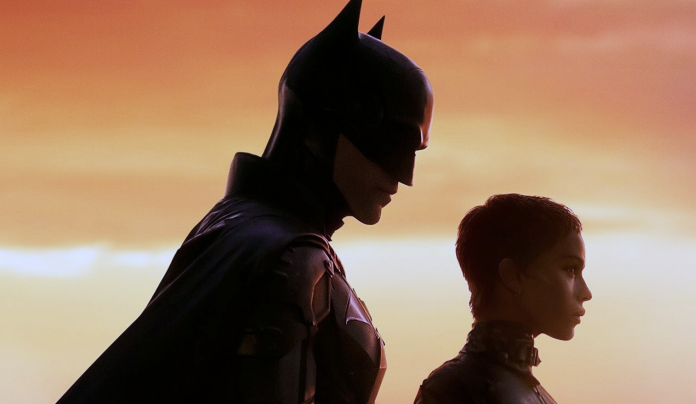 The Bat is back with a brand new spin with acclaimed director Matt Reeves at the helm and a fresh cast breathing life into Gotham. This new take allows us to finally see a new Batman without needing another back story (no Thomas and Martha dying scenes here!) showing a two year into the job Batman who needs to fight to take back the city of Gotham and go from mysterious rumour to become a hero and leader. The dark tones and stunning camera work collide with razor-sharp writing that holds your attention for its entire runtime resulting in the best Batman film made to date.

It’s Halloween night, and a Gotham politician is brutally murdered in his home by a masked man who wraps his head in masking tape and leaves a letter for The Batman (Robert Pattinson) at the crime scene. Called in by Lieutenant James Gordon (Jeffrey Wright), it is the start of a string of murders involving Gotham’s rich, powerful and politicians who have polluted the city with their greed and lies, turning it into a pool of crime and drugs helped along by mob boss Carmine Falcone (John Turturro) and his right-hand man Oswald Cobblepot aka The Penguin (Colin Farrell). Along for the ride is Selena Kyle, aka Catwoman (Zoe Kravitz), trying to help her friend caught under Falcone’s control. The instigator of the murders is The Riddler (Paul Dano) who increases his assault on Gotham’s elite, it is up to Batman to figure out who the Riddler is and stop him before the city tears itself apart as the secrets and lies come to light.

I’m going to level with you; the Nolan trilogy is good, the Keaton movies are great, and the others fit somewhere in between. The Batman takes these movies back to great status by making Batman a detective again, working with the police (and against them when needed) to solve a crime. That is the absolute essence of Batman, and somewhere along the way, the idea of what Batman is has been lost; Reeves finds him again and delivers a performance and story you won’t soon forget.

Visually this film nails the look and feel of Gotham. The dark and murky alleyways and corners of the city are perfect for Batman to his and emerge on unsuspecting criminals. This is something that Reeves utilises to perfection. In sync with this is the use of the Bat-signal being fired up by James Gordon as a sign of fear and intimidation for criminals, rather than calling Batman for assistance. Cinematographer Greig Fraser gets the most bang out of the budget and utilises the camera to offer up some truly unique shots and angles. While Batman and Catwoman scream through the streets of Gotham on motorbikes, the camera hands on the side mirror as they rip around the city. The camera attached to the side of Batman’s grappling hook as he scales tall buildings gets as close to being the Batman as fans could want. Additionally, lighting and shadows are best used in an elevator scene that I won’t spoil. Still, it is one of the best shot scenes in comic book movie history (I know what I said!) 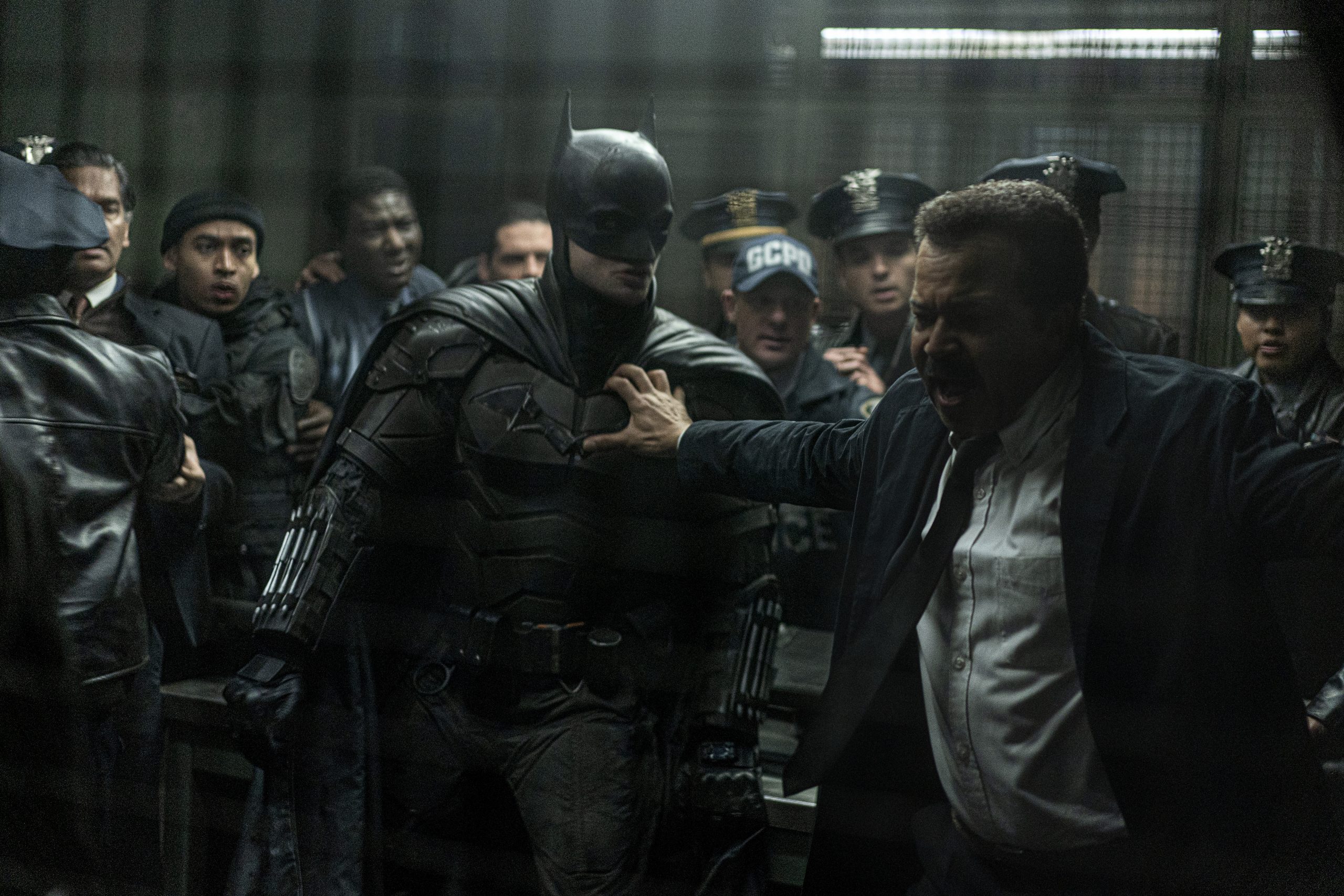 A big part of the visuals is pairing it with a haunting score and soundtrack. Michael Giacchino provides a dark and brooding score that pulses in sync with what’s happening on screen. There are moments when you think you hear the Batman theme from past films, but they always trail off, which feels deliberate.

The stars of this film are clearly Paterson and Kravitz. Paterson is the perfect Batman, and while any scepticism about his ability to fit the role has left my mind after this, it is truly Kravitz who is the star here. She shines as Selena, desperate to help and find her friend and is not afraid to do what it takes to find out the truth. The chemistry between Batman and Selena is the best of any film made to date. Christian Bale and Anne Hathaway were fine, I guess, but Pattinson and Kravitz sell the couple, and any time they are together on screen, you can feel the sparks flying. Farrel completely loses himself in the character of Cobblepot. He also provides some of the film’s lighter moments with a wicked sense of humour when things get really dark. Notably, twins Max and Charlie Carver provide memorable performances as Cobblepot’s goons guarding the doors of the club. 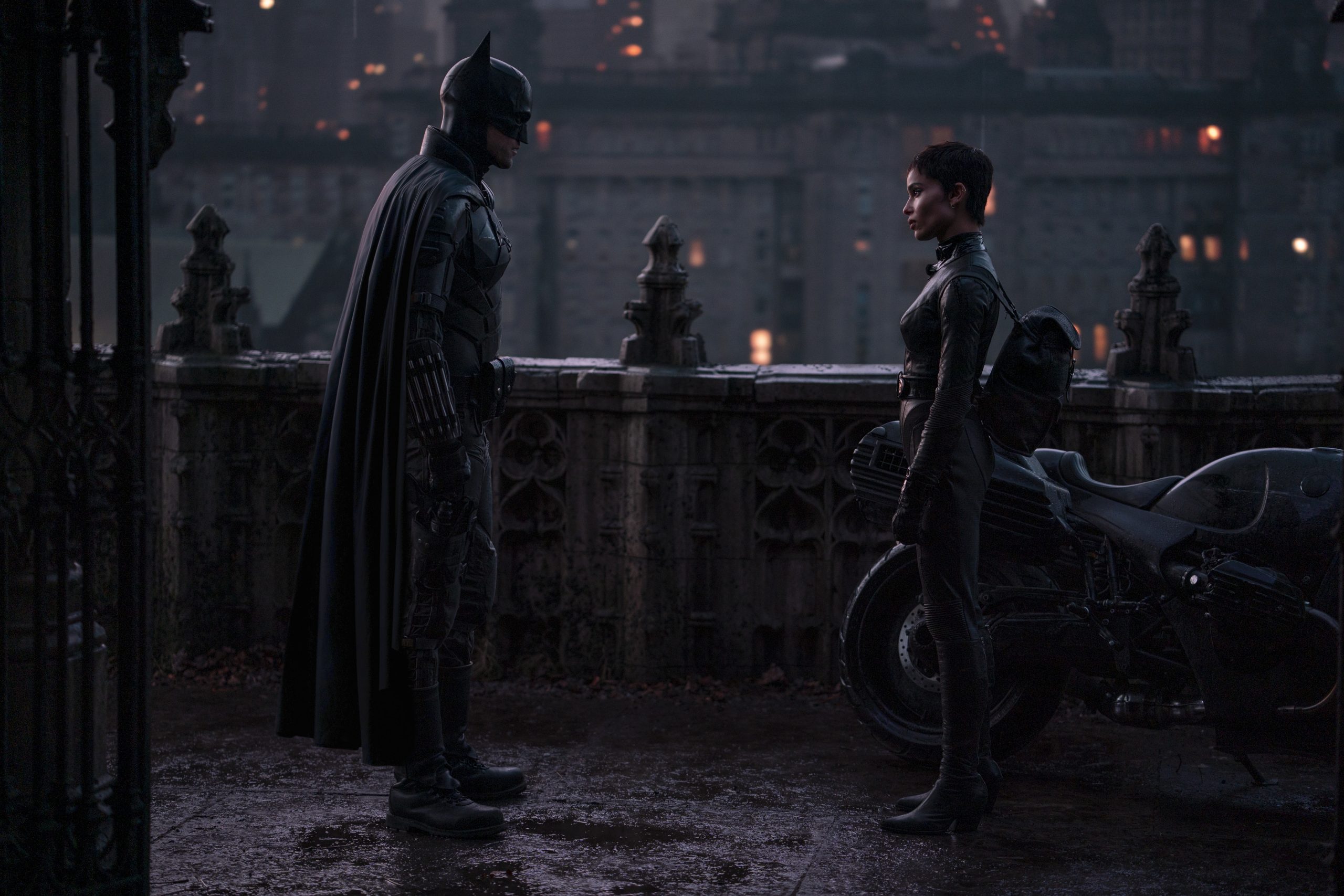 Making Batman a hero is something that iteration of this character has been able to do. What Reeves does here is transforms him into a hero and a leader. There is a scene in which Batman literally leads a group of lost citizens to safety. The way the scene is shot and scored shows the critical role he will have in shaping the city in its recovery. It is one of my favourite scenes in the movie and possibly in a Batman film ever.

The conscious choice to focus more on Batman in the cowl and suit and working as a detective rather than playboy Bruce Wayne makes this even more fascinating to watch. It rings true to comic book stories like The Dark Knight, The Long Halloween and Hush. Having Batman walk fully suited into a crowded nightclub or bursting into a crime scene surrounded by police is excellent to see this character in this light. 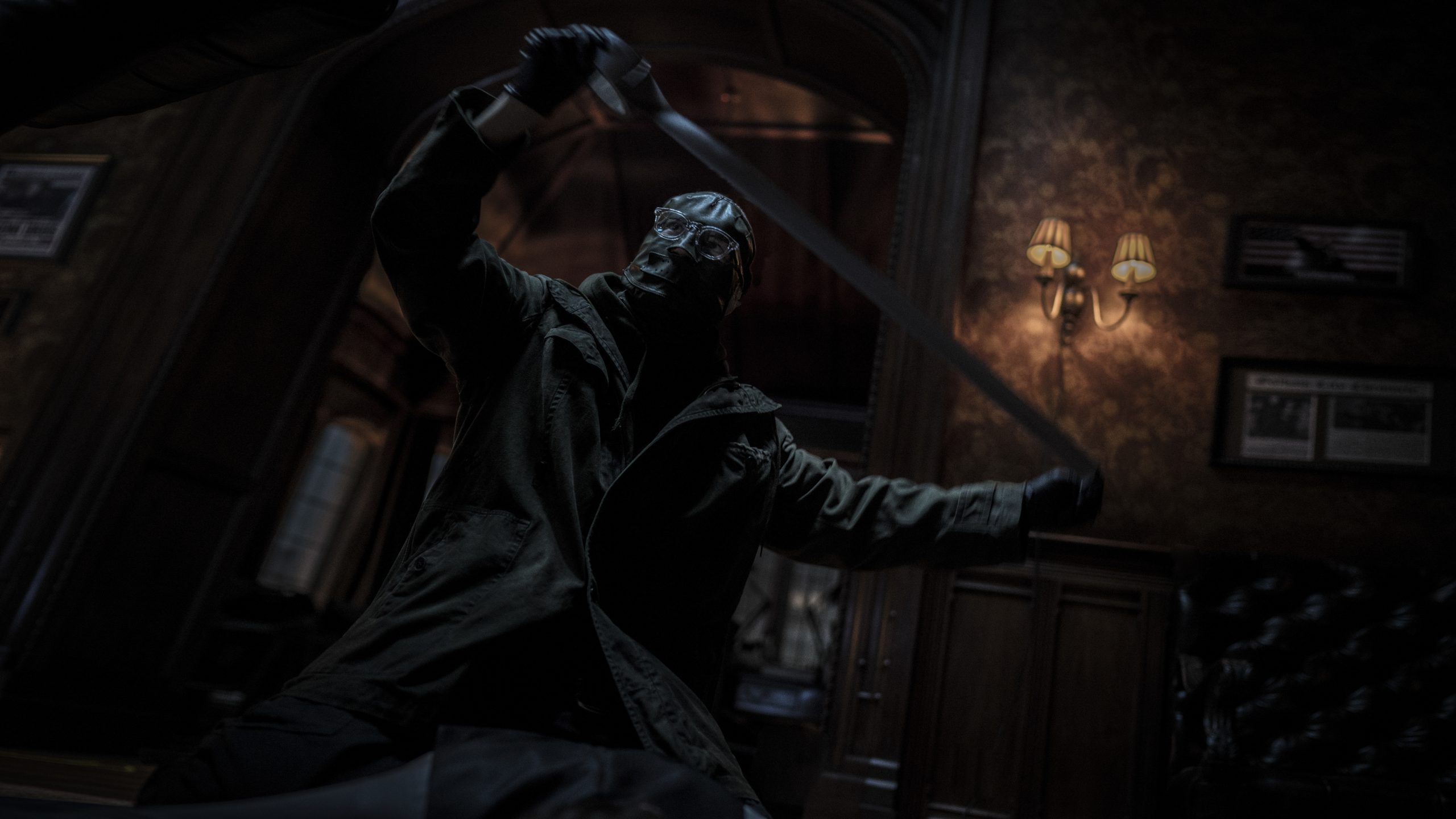 Matt Reeves has crafted a cinematic masterpiece in The Batman. Combining an engaging on-screen couple with Pattinson and Kravitz, who can anchor such a heavy story, comes off perfectly. Throw in an intense group of villains like The Riddler, Penguin and Carmine Falcone and a city begging for change. Making Batman focus more on being a detective rather than a playboy millionaire offers a unique take on the character. A dark and divided Gotham is the perfect playground for the murder and mystery to unfold. Never before has Batman been this interesting; at a running time of 3 hours, I didn’t look at my watch once or wonder what my dog was doing without me. The Batman is a dark and hauntingly beautiful film that elevates the Dark Knight to both a hero and a leader.

The Batman will release in cinemas Thursday.