Review – Those Who Wish Me Dead 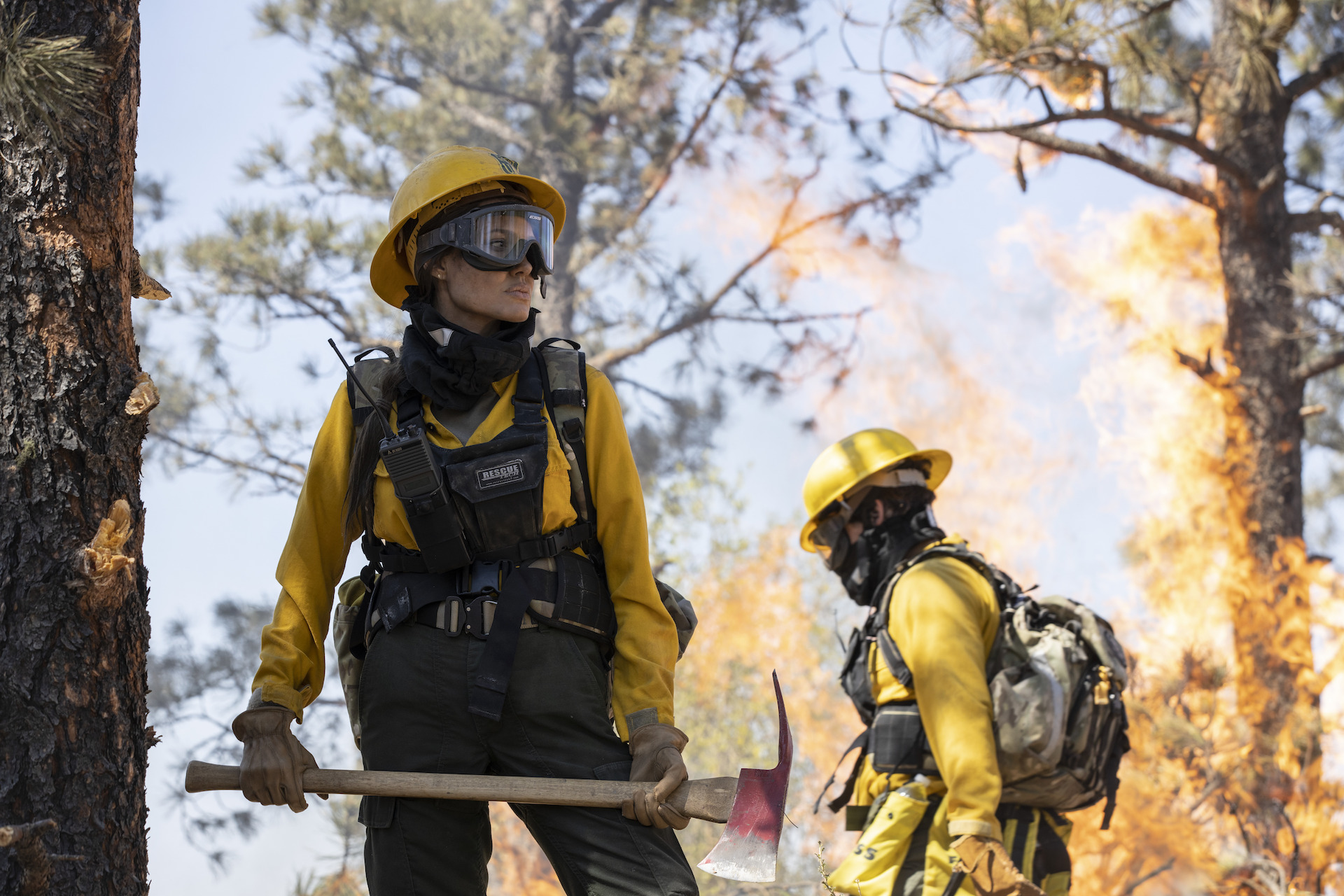 Straight away Those Who Wish Me Dead seems really unorganised, disjointed and almost a bit lazy. And kudos to Director Taylor Sheridan for absolutely nailing those traits. Bringing together a run and hide adventure with a fire-ravaged countryside, these storylines shouldn’t work together. But if you ever wanted the audience to sit on the edge of their seat, this does just that.

Fire season is almost upon Montana and the crews are headed to their posts in the wilderness for the coming weeks. Hannah Faber (Angelina Jolie) has been posted to an observation tower for the fire season. She is troubled by her past seasons and struggling to come to terms with the loss of some children when the winds changed on her and her team as they battled a large blaze.

With plenty of time to sit and wallow in her own self-pity, Hannah is keeping a watchful eye on a storm rolling around the mountains. And just like that, the storm hits her observation tower with a lightning strike sending her to quickly slide down a rope out of harm’s way.

Tending to her rope burns at the river Hannah crosses paths with Connor Casserly (Finn Little) who seems lost and confused and isn’t willing to trust anyone. Once Hannah manages to convince Connor, he opens up and tells of a harrowing past few days which has ended in his father’s death.

With no communication to the outside world after the lightning strike, the two set to hiking to the town to tell the news station of the reason his father was murdered. Things don’t quite go to plan when they are surrounded by a large bushfire coming towards them and forcing them back to the observation tower. But before anyone can plan the next move, the same assassins that killed his father have managed to track Connor down.

In a quick escape, the two manage to get away and attempt to get to the town despite the fire. The assassins are relentless but the fire has grown and is taking no prisoners. In a dash to safety, the two find refuge in a water catchment and wait out the fire.

There are two major storylines running into each other here. On one hand, you have this interesting story about a group of front line firefighters that parachute into a blaze to try to control its direction. The other story is about this information an accountant discovered and anyone who knows that information is being murdered for. Separate, they are movies that have been made before, Only the Brave with Josh Brolin and The Fugitive with Harrison Ford. Together one pushes the other to create this bigger climax of suspense. But they just don’t quite climax at the same time ending is this confusing puddle of information and ash.

The cast packs one hell of a punch. Lead by the ever-youthful Angelina Jolie (Maleficent, Lara Croft Tomb Raider, The Bone Collector) who plays the role of Hannah Faber a character not seen by her for some time. She plays someone relatable, someone common and not a big overarching character. This really helped give her this motherly, protector sense about her in the scenes with Fin Little who plays Connor.

Fin Little, who Australian’s may recognise as Storm Boy from the 2019 adaptation of Storm Boy. He really steals the show with an outstanding performance that stands strong next to Jolie. Not only could he demand a dramatic scene he also seemed to have a pretty good idea of his comedic timing for a few cheeky one-liners.

The Director of Photography Ben Richardson manages to capture the Montana landscape quite beautifully. Helps that he has worked with Director Taylor Sheridan on the TV series Yellowstone starring Kevin Kostner. And it makes sense that the feel of Those Who Wish Me Dead has a country, outback vibe as the two have a background with similar backdrops.

Overall, Those Who Wish Me Dead tries to be clever combining two unique genres to bring a highly suspenseful film. But in bringing them together it became a bit confusing and hard to follow at first. With some great performances and top-notch cinematography, it all comes together in a suspense-filled moment that leaves you wanting just a little bit more.