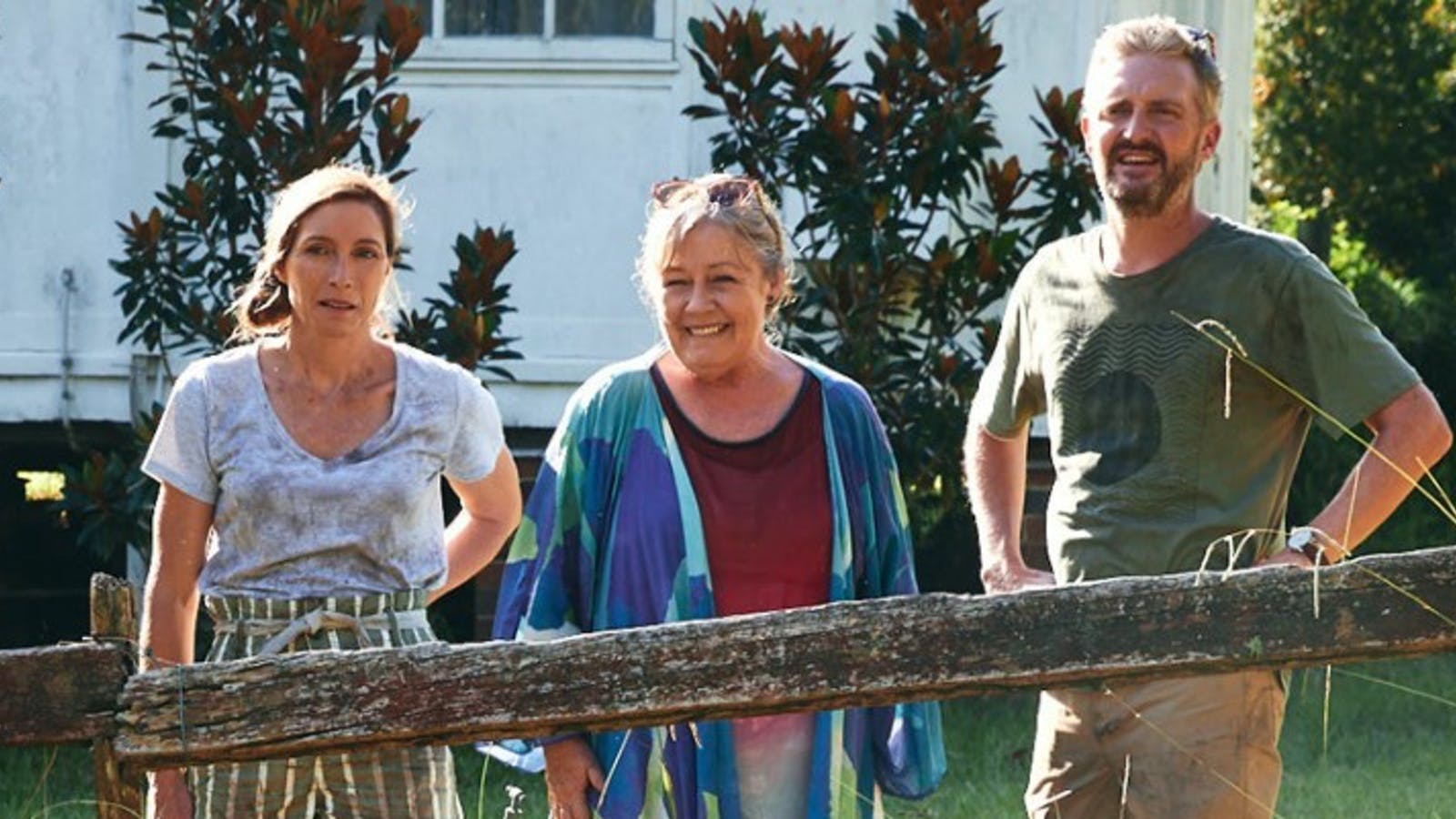 June Again has a very personal feel to it and gives you all sorts of emotions. There would be a lot of people who can directly relate to this film. The worst part for a lot of us, it might be something we know is coming, Dementia. But what if for a moment there was absolute clarity? What would you want to do?

June (Noni Hazlehurst) has been in the dementia ward for five years and doesn’t remember her own family anymore. Her days are filled with confusing memories, some from her younger days and some from only hours before not realising that moment have passed.

Meanwhile her family and factory business has fallen apart. June’s two children Ginny (Claudia Karvan) and Devon (Stephen Curry) aren’t talking anymore. Devon’s life took a turn he wasn’t expecting which snowballed into a world of depression. Ginny has struggled to manage the decreasing business putting strain on her family life. And what both the children and the business need is some motherly love to get everyone’s life back on track.

June wakes one morning completely lucid. Not knowing where she is and completely shocking the doctors, June gets up to her old tricks and manages to sneak out. Heading straight to her old house where Ginny finds her and in the complete shock that June remembers her, bursts into tears she has her Mum back.

June realises she may not have a lot of time before her dementia returns and sets to putting her children back on track after she finds out the factory isn’t doing well, Devon is divorced and has stopped studying and Ginny has lost her passion.

But there is one thing that is keeping June from pushing forward and that is finding the dresser her lover built her after her husband left. Not wanting to give up, the three of them set on an adventure to get her draws back. Which turns out to be just what everyone needed to get them out of a rut and back on the right path.

June Again is from the mind of Writer and Director JJ Winlove. His background is in short film, but his debut feature film is something expected from a long-time director. Winlove managed to capture the point of view of a person with dementia which isn’t usual for such a film that would normally rely on the stories of those surrounding that person.

Winlove cast Noni Hazlehurst perfectly in the role of June and you can see he had a very clear picture of that character. He does it in such a way that the dramedy brings a perfect touch of light-hearted humour to something that can be exceptionally exhausting and as sad as dementia.

Noni Hazlehurst is very much an Australian icon and with roles like June shows you why she is such a wonderful actress. Her portrayal as someone with dementia is rather heartbreaking as she stares clearly in a daydream, she doesn’t realise she’s having. In one of the final scenes as she is sitting around the table with her family she slips in and out and manages to give these lucid and lost facial expressions that breaks your heart as you know what’s coming.

Overall, June Again is a wonderful day in the life journey with someone who manages to have a lucid moment from living with dementia for the last five years. With on-point performances from Noni Hazlehurst and Claudia Karvan and comic styling of Stephen Curry. When you aren’t holding back tears knowing what’s coming, you’ll be giggling your way through. Thanks to the direction of JJ Winlove the story doesn’t falter and will leave you hoping it never happens to you and remembering just how special and important a Mum can be.