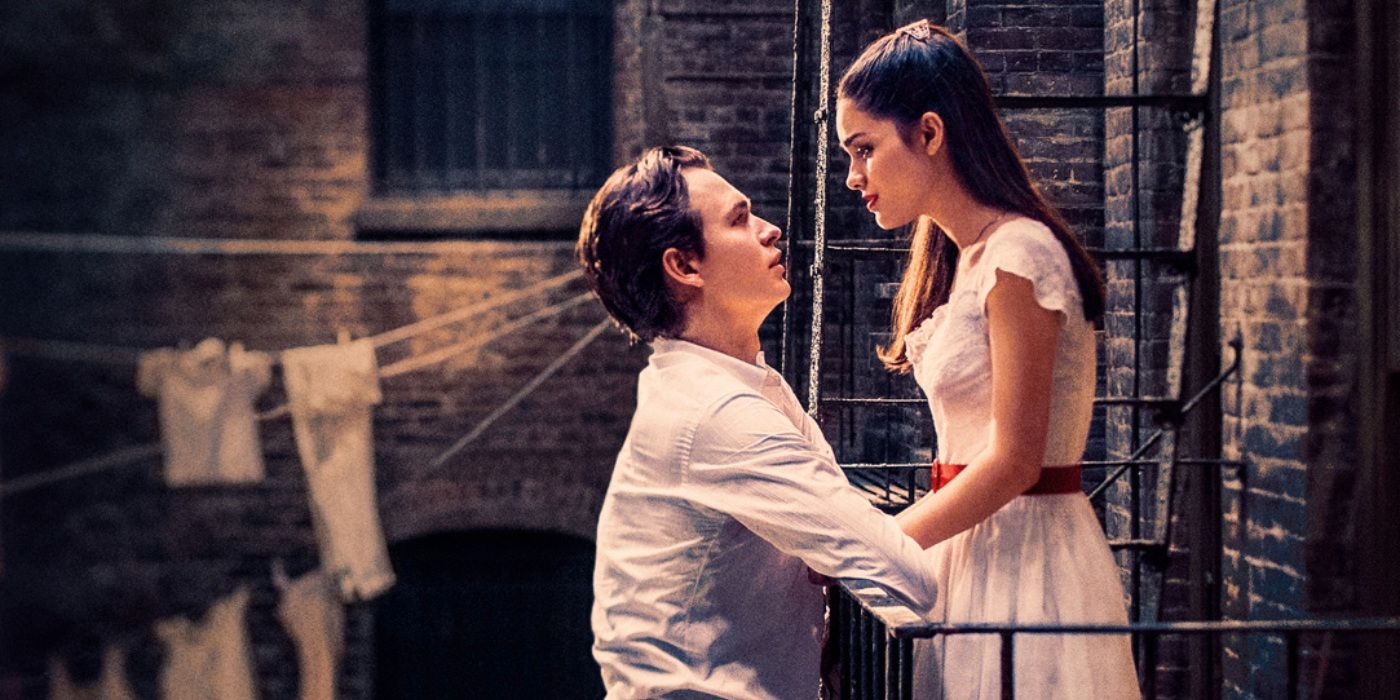 A self-proclaimed passion project that legendary filmmaker, Steven Spielberg, has been wanting to make since he was 10 years old, West Side Story, is the latest musical-to-film adaptation to hit the silver screen. A beloved Broadway classic from the late maestro, Steven Sondheim, West Side Story is a timeless love story about Maria (Rachel Zegler in her debut film role) and Tony (Ansel Elgort, Baby Driver), which was heavily inspired by Romeo and Juliet.

Their forbidden romance stirs up an already tense rivalry between two gangs of different ethnicities, the Jets (a white gang) and the Sharks (a Puerto Rican gang). Maria is the brother of Bernardo (David Alvarez), a boxer and the leader of the Sharks. When Bernardo discovers the romance between his sister and Tony, an agreed upon brawl is set up for the following night, in which Bernardo claims he will take Tony’s life. Tony, who has recently left prison after savagely beating a Shark while he was a dedicated Jet, wants to live a peaceful life, much to the behest of his best friend, Riff (Mike Faist). With the brawl imminent, Maria and Tony must choose whether they want to leave their city and their lives behind forever or stay and face the potential consequences of their forbidden love.

West Side Story is a beloved musical for a reason, it’s approachable story focusing on unrequited love over the background of racial tensions in the 60s allows a flurry of emotional story telling to captivate the audience. Sondheim’s incredibly vibrant and often toe-tappingly entertaining songs do a fantastic job of capturing both culture differentiating factors (specifically highlighting the vibrancy of Puerto Rican culture), but he also has an incredibly universal human touch that is very accessible for all.

Steven Spielberg has captured a lot of the heart of West Side Story within his trademark filmmaking style. Every shot, whether it’s the angle of the camera, the sharpness of a lens, the colour-filled costumes shining in a bleak 1960s New York, every moment visually of this film just proves the point that this story means a lot to Spielberg. Nothing shows this more than the absolutely adoring and powerful use of lighting in the ‘kiss under the bleachers scene’, a truly captivating moment in this film and a scene that strongly establishes the young love aspect of the narrative for the characters.

Each performance in West Side Story, both from a ‘film-acting’ and musical performance perspective, is also great. Rachel Zegler gives a heartwarming debut as Maria, showcasing her fantastic singing voice many times throughout. Another standout being Mike Faist as Riff, who’s antagonistic nature towards both Tony and the Sharks (while obviously frustrating for those characters) is portrayed so well to the audience as a boy struggling to become a man in a world that he feels has wronged him, leading to a slightly predictable, yet powerful moment in the climax of the film. However, the film’s standout is Ariana DeBose as Anita, whose vibrant and joyful energy fills every scene, no matter whether she is singing, dancing and or just radiating happiness with her infectious smile. Her emotional levity anchors this movie as a sister-in-law to Maria who wants nothing but happiness for her, but also the proud Puerto Rican girlfriend of Bernardo.

The technical aspects and performances shine in a movie that unfortunately is just too long and predictable to be overly enjoyable. Being a remake of a movie that is an adaptation of a musical that was inspired by a book leaves very little originality to be contained with in the film. Each emotional beat feels lackluster because West Side Story is using so many familiar story elements seen in many different forms of art and media. The actual plot is actually quite depressing at points, with scantily added moments of an uplifting nature to bring some sort of levity, but not enough to make the film feel a little drab. This familiarity mixed with a drawn-out 150 minute runtime really makes West Side Story more of a slog, rather than a consistently enjoyable musical. Fans of musicals, and more specifically, West Side Story itself may find more of an attachment to the beloved classic. As a film for movie audiences, unfortunately, Spielberg’s fantastic filmmaking may not save the movie’s dull nature.