Review – The Tragedy of Macbeth 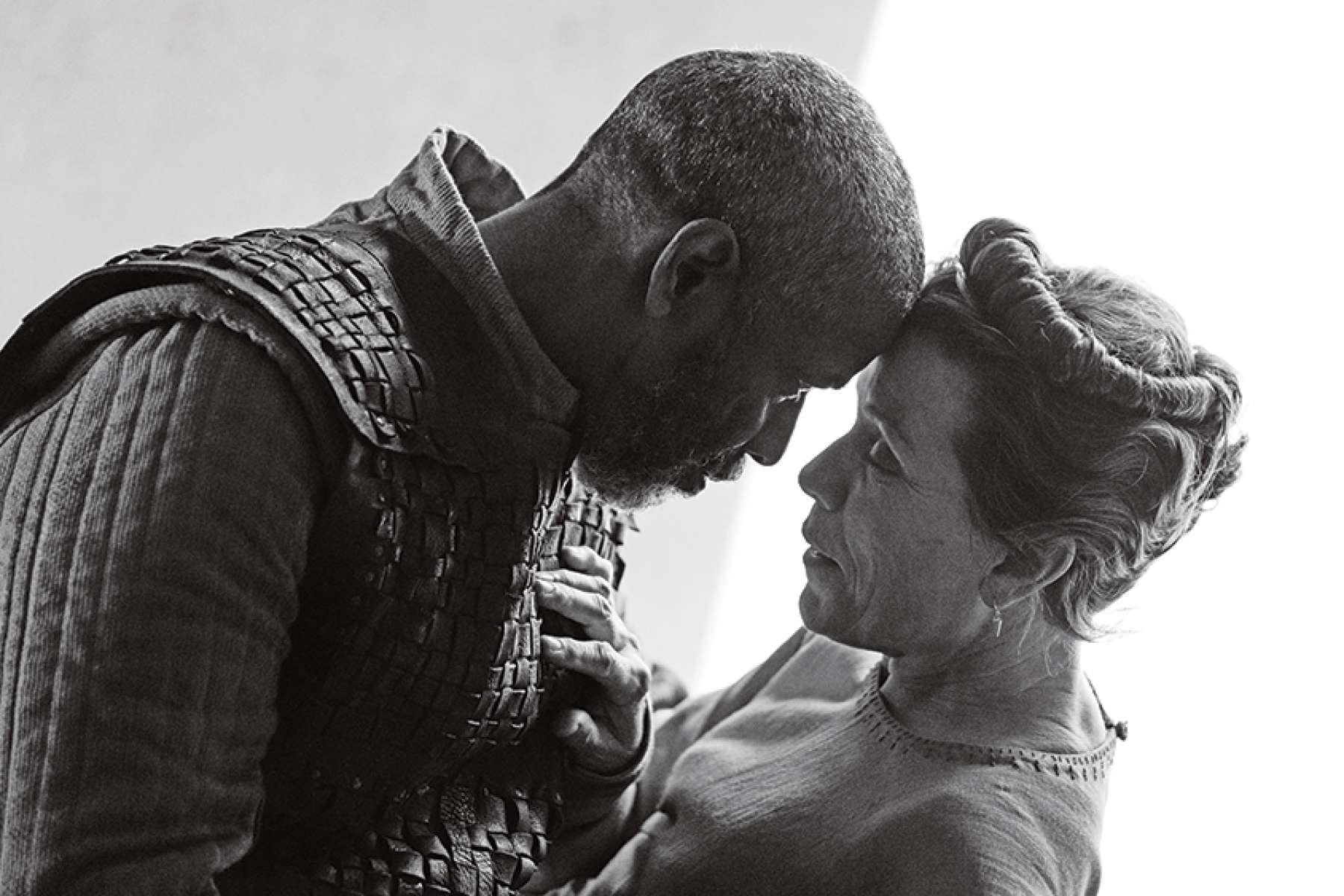 Shakespeare’s influence on modern day story telling is undeniably. Romance films based on Romeo and Juliet; comedies based on Much Ado About Nothing. Hell, even The Lion King’s plot is a retelling of Hamlet. And aside from Kenneth Branagh, who is quite well-known for bring direct adaptations of Shakespeare’s work to screen (and usually with a lot of success), not many filmmakers tread into the weary depths of the famed author’s work. His distinct dialect often being hard for many audiences to grasp with it’s thesaurus like use of Old-English, or characters and plots that feel far too convoluted compared to today’s more streamlined storytelling styles. However, when a filmmaker really understands the foundation of one of Shakespeare’s stories, and uses their incredible talent and artistic liberty to retell the story for a modern day audience, the collaboration of talent from both artists can make for one hell of a cinematic experience. And that is exactly what Joel Coen has down with The Tragedy of Macbeth.

Led by Denzel Washington as Macbeth and Frances McDormand as Lady Macbeth, this adaptation of Shakespeare’s dramatic thriller follows Macbeth as he is convinced by a trio of witches (Kathryn Hunter) that he is destined to become the next King of Scotland. By his side, his wife, Lady Macbeth, supports his ambitious plan of seizing power and will settle at nothing to make sure it happens after his chance at the throne is disregarded by King Duncan (Brendan Gleeson). After the murder of Duncan, the kingdoms unite to find out who was behind this murder, as Macbeth descends into a mental breakdown when he is crowned King.

Presented in a 4:3 aspect ratio, and in a crisp filter of black and white, Joel Coen’s visual style highlights the mystical aspect of Macbeth in a truly captivating way. The aspect ratio, along with sharp lens cinematography, creates this illusion that the behind the screen is a stage, and a show is being performed live in front of the audience. The wonderous, yet simple, sets also aid this illusion feeling. However, it’s Coen’s use of black and white that create a stark contrast in moods throughout the film. The story of Macbeth is dark in tone, and the colours of the film capture this feeling immensely. Every moment feels dark and brooding in nature. Visually, The Tragedy of Macbeth is one of the best of the year, utlilising stunning camerawork and in camera effects to create a tense atmosphere.

Coen’s artistic liberties, especially with the fantasy elements of the story (namely the witches and Macbeth’s visions), are truly astounding and engaging. Horror like imagery with the contortionist movements of actress Kathryn Hunter make the witches some of the most eerie characters to be on screen this year. Lurking in shadows and reflections, each scene that features the witches does a fantastic job of putting the audience in the frayed and disturbed mindset of Macbeth himself. Carter Burwell’s strings heavy score adds to the sinister and frightening atmosphere of this film. Often overpowering in the dialogue-less scenes, it’s a fully immersive soundtrack that demands the attention of its audience.

As mentioned in the introduction, occasionally the downfall with Shakespeare’s work is the need to dissect every piece of dialogue to understand the story, and The Tragedy of Macbeth is guilty of this too. Spending most of the film trying to play catch up with where the story is going and what the character motivations are due to the fast paced and exaggerated dialogue does at some points inhibit the ability to enjoy the story. However, Coen’s pacing and direction, especially in a visual medium, do a lot of the ground work for the audience in a way that makes the story easier to follow than other adaptations of Shakespeare’s work.

Normally, Shakespeare is a playground for actors to release their inner thespian, and play heavily on the over acting style of performances required for this dialogue. Washington and McDormand very much so lean into this style of performance, giving their absolute all to every conversation or monologue they are given. At times, especially with the darker tone of the direction, there lively performances can feel slightly out of place. And that is even more apparent compared to the more grounded performances from actors like Corey Hawkins (MacDuff) and Bertie Carvel (Banquo). When these acting styles clash, it’s incredibly noticeable and can make the two lead performances stick out as campier that the film seemingly intends to be.

As far as Shakespearean adaptations go, Joel Coen as a filmmaker truly understands the foundations of Macbeth’s story, and has provided an incredible look into the inner turmoil of this character. Unleashing his directorial strengths, especially in a visual sense, The Tragedy of Macbeth, it’s undoubtedly one of this years best looking and engaging films. And even at the times when the story is slightly harder to grasp, or the performances feel a little too over the top, each scene and frame still commands the audiences attention and will be embraced by Shakespeare fans alike.

Previous article
Review – West Side Story
Next article
2021 At The Movies – Our Best and Worst!