It’s the team-up of the Jennifer’s we have long been waiting for. Jennifer Coolidge and Jennifer Lopez team up in this rom-com action film that is a more fun version of recent projects like The Menu and The White Lotus. Director Jason Moore (Pitch Perfect) has found a way to make this more accessible by injecting a ton of humour and an all-star cast make this film a lot more enjoyable when the plot starts to lose its way. When you think of movies that are perfect for streaming, Shotgun Wedding is that movie. It may not be something you would head to the cinemas to see, but it is definitely a movie you would watch at home, invite friends over and have a great time with. 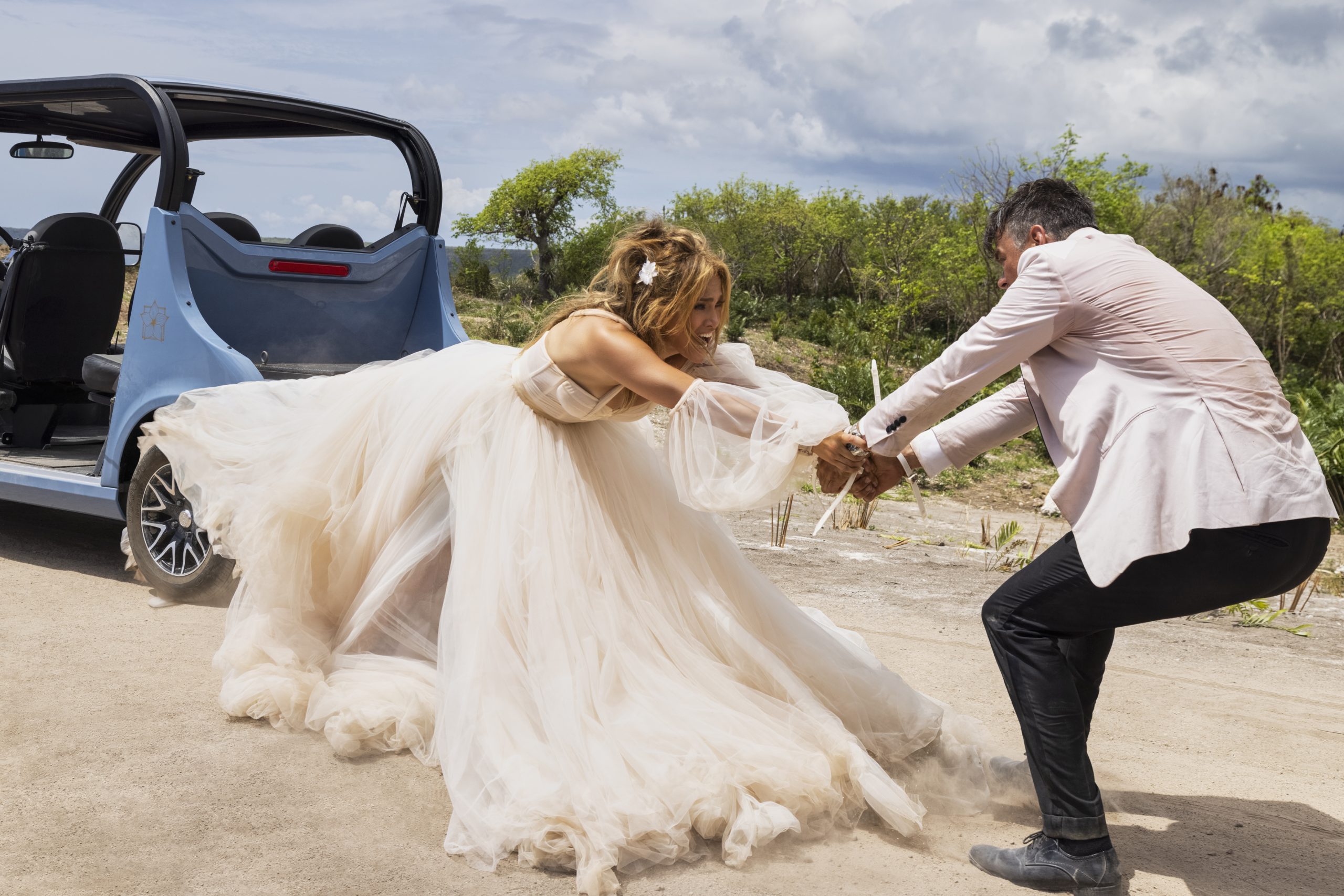 Darcy (Lopez) and her husband-to-be Tom (Josh Duhamel) have gathered their friends and family to the Philippines for a destination wedding at an island resort. Just as the couple are getting ready to walk down the aisle, a band of pirates invade the island and take everyone hostage. Darcy and Tom are still working their way to the beach, so it falls on them to overturn the pirates and save their family and friends.

Plot-wise, that’s about as far as it goes, there are a ton of hilarious hijinx involving Darcy and Tom being handcuffed to each other for the majority of the movie and how they get around the island to try and take the bandits out. They use cars, golf buggies, a zip line and a hidden underground room to swiftly take back control of the situation. As the two are fighting the majority of the time it creates great chemistry between Lopez and Duhamel that never falls into feeling forced. The downside of this is when they do reconcile, it is a little harder to believe that in this movie’s short 90-minute run time, they belong together. It feels very similar to George Clooney and Juliar Roberts in Ticket to Paradise in that regard. 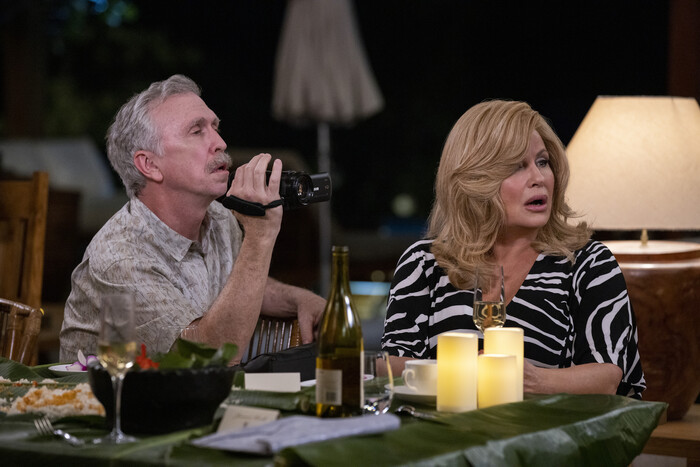 Fortunately the reason why we are here is the gift that keeps on giving, the incredible Jennifer Coolidge who plays Tom’s mother Carol and Darcy’s soon to be mother-in-law. She has her trademark wit and off-beat quips that when working with Jennifer Lopez, both steal every scene they are in together. There is a particular scene where Coolidge’s character attempts to protect the wedding party guests and her exchange with Lopez is a simple knowing look and reloading a gun, so much is unsaid in this scene and it’s such a great comedic moment showing that the two must have had so much filming this movie together. These constant nods and winks to the audience throughout the movie from the rest of the cast including Lenny Kravitz, Cheech Martin, Sonia Braga and D’Arcy Carden with everyone involved bringing their trademark humour and do as much as the script allows them. 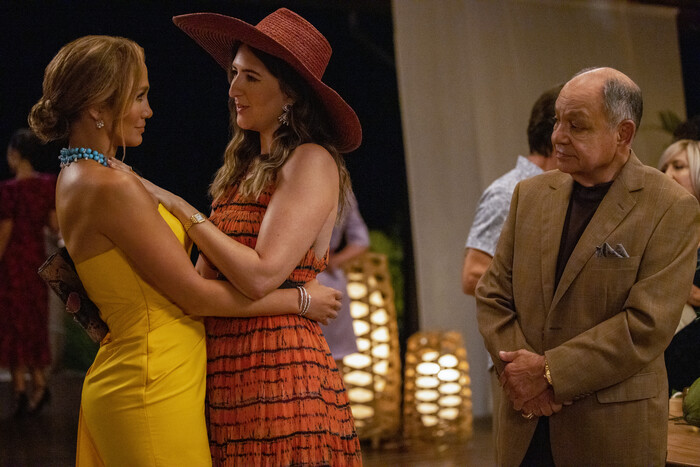 This movie takes the traditional rom-com that Jennifer Lopez would star in and turns it on its head by injecting a more adult sense of humour and action scenes with a ton of CGI explosions and accidental pirate deaths similar to 2022’s The Lost city with Sandra Bullock and Channing Tatum. The film does start to struggle when it can’t commit to either genre and falters when it leans too much into one and starts to forget the other. Fortunately, the cast are all seasoned professionals who help you forget these plot holes and help propel the movie forward, delivering an exceptionally fun film you need to invite a group of friends over to watch and enjoy together.

Shotgun Wedding doesn’t reinvent the wheel, it does however do a better job than recent rom-coms like The Lost City and Ticket to Paradise to maintain a solid story and keep the laughter and action moving when elements of the plot let it down. This can be attributed to its incredible cast, all seasoned professionals with great chemistry together. Trying to plan and execute a wedding, particularly a destination wedding in another country, and this movie should put you off ever wanting to do this.

Shotgun Wedding is available on Prime Video Australia from January 27.

It’s the team-up of the Jennifer’s we have long been waiting for. Jennifer Coolidge and Jennifer Lopez team up in this rom-com action film that is a more fun version of recent projects like The Menu and The White Lotus. Director Jason Moore (Pitch...Review - Shotgun Wedding