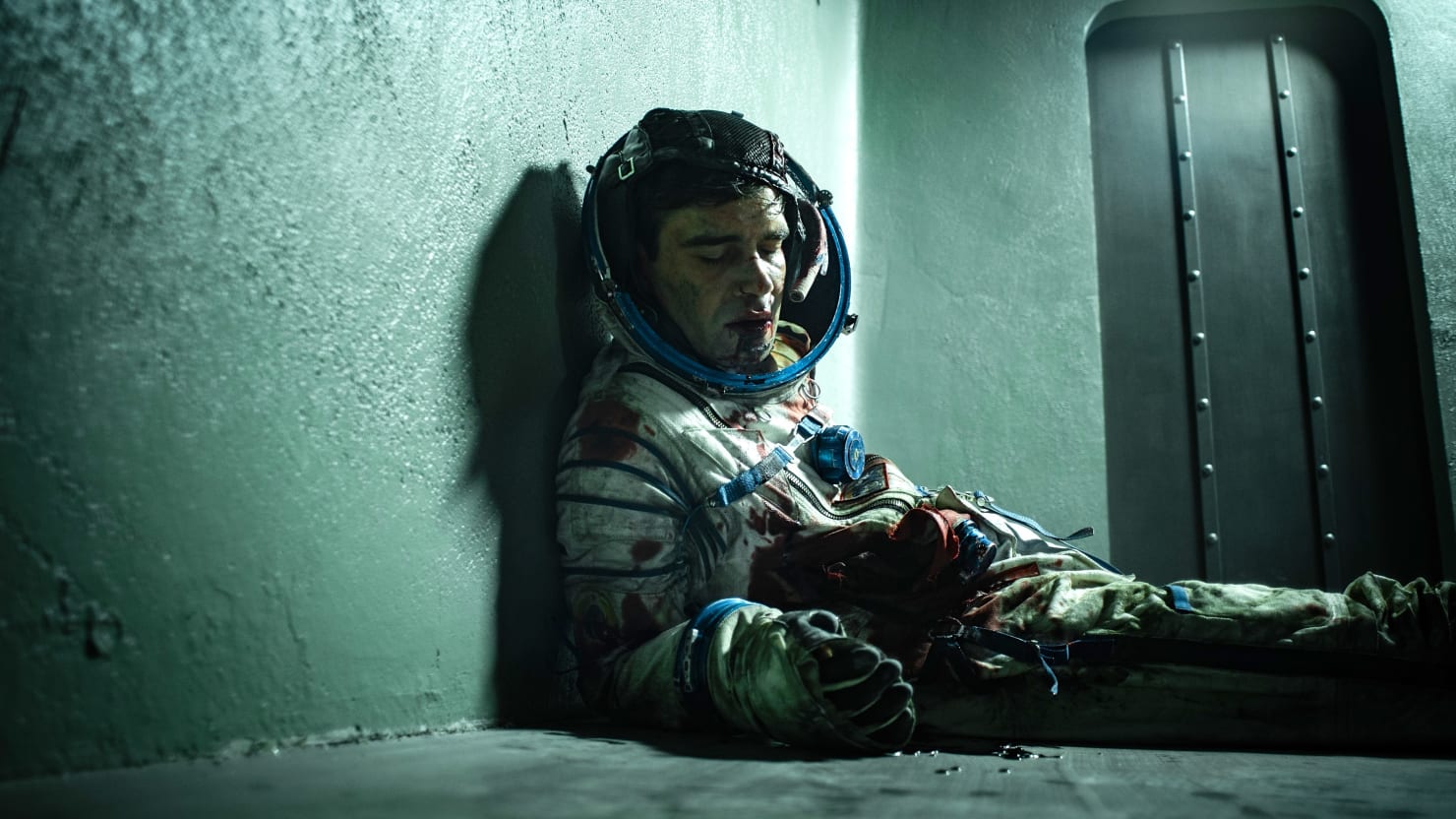 Ever since Alien exploded in 1979, our obsession with aliens in outer space using human bodies as hosts has grown in prevelance every year. While we have seen many sequels and this idea explored in other franchises, along comes Sputnik, a movie set during the cold war in Russia (1983 to be exact) filled with frights, plenty of creepy intense moments and a talented cast deliver a solid debut film from Egor Abramenko that lives up to its sci fi terror premise while understanding that audiences need to care about characters to be invested in the story.

The story follows psychiatrist Tatyana (Oksana Akinshina) currently under investigation after water boarding a patient, who is called to investigate Konstantin (Pyotr Fyodorov) the sole survivor of a crashed spacecraft who unknowingly bought back a creature living in his intestine. Tatyana must learm more about the alien and how to seperate it from Konstantin. This is all done in a secure facility under the control of Colonel Semiradov (Fedor Bondarchik) who appears cooperative at first but is revealed to have more under the surface.

What really works for the film is the story development between Tatyana, Konstantin and the Colonel. While there is a heavy emphasis on the creature and the splattery havoc it reaks, the story of these characters, how they got to this point in their lives and then peeling back the layers on each of their motivations is incredibly gripping. This also then loops into events that are happening in this cold war period in the Russia while still leaving a lingering secret about the 10% of the facility that Tatyana can’t access.

Visually the film is incredible. The dark and moody atmosphere of the facility blend well with the slime covered creature and the intense red blood splatters that it leaves everywhere. The actual design of the creature itself is nothing groundbreaking but it has been designed well to look great against the background of the facility.

The performances from all are incredibly personal. It is worth nothing that the film is subtitled for Western audiences and this does not distract from the experience at all. Akinshina is the standout of the three offering up a compelling performance. It is very similar to that of Sigourney Weaver’s portrayal of Ripley in the Alien franchise and it feels heavily influenced by this in all the right ways.

Sputnik is a fine example of a thriller creature feature done right. By incorporating a thrilling story, intriguing character relationships and a creepy out of this world alien director Egor Abramenko has delivered a solid first feature film showcasing his ability as a great storyteller and also his ability to scare the life out of audiences with terrifying scares. Do yourself a favour and see this film on the biggest screen you can.

Sputnik is now out in selected cinemas and for rent/purcahse on digital platforms.