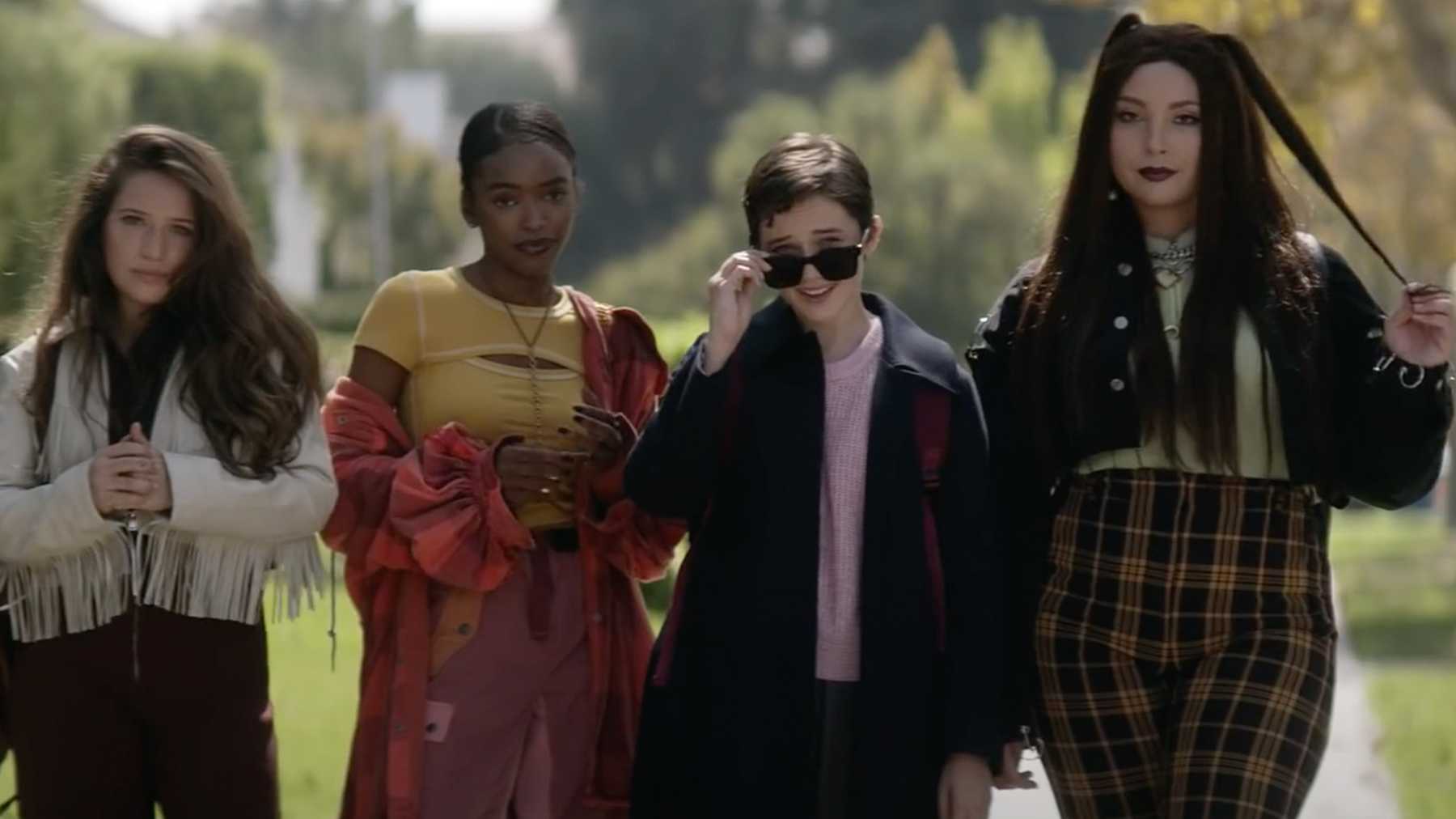 Back in 1996 The Craft released to little fanfare critically and commercially. Over the years it became a cult classic among women, gays and fans of Neve Campbell. Over the years rumours of a sequel or reboot have floated around with nothing eventuating. Now thanks to Blumhouse Productions and writer/director Zoe Lister-Jones we get a movie that is being marketed as a sequel but turns out to be more of a reboot with a similar plot to the first film with woke characters with no individual stories or interesting traits that make them completely forgettable.

The story centres around Lily (Cailee Spaeny) and her mother Helen (Michelle Monaghan) who move to a new city so Helen can be with her new boyfriend Adam (David Duchovny) and his three sons Isaiah (Donald MacLean), Jacob (Charles Vandervaart), and Abe (Julian Grey), all of who have a dark sense of “something isn’t right here” Here is where things start to go a little off track, Lily starts at her new school and is immediately is befriended by Frankie (Gideon Aldon), Tabby (Lovie Simone) and Lourdes (Zoey Luna), a practising coven looking for their fourth member to actually perform spells and magic. Things start to come undone when the four place a spell on misogynistic bully Tim (Nicholas Galitzine) who then turns into a woke – Princess Nokia loving Gen-Zer.

Not all is well as the four girls start to bicker about what spells to use and after a montage of politically correct activism, the real villain of the movie emerges. The white male privileged patriarchy. This is not the first film to have a crack at these messages and in todays climate it certainly won’t be the last. Unfortunately it feels gratuitous, without actually linking to anything. This is where the film starts to fall off the rails.

Prior to this there is a lot of fun banter between the four girls, they genuinely seem to be having a blast hanging out together. Lily is revelling in her new friendships in this harsh and unwelcoming home life and provides a great balance. When the magical elements come into it, it doesn’t feel anywhere near as effective as it should. If this was just a film about moving to a new town and female friendship it would succeed. It feels like the film hasn’t been written to be part of The Crafts legacy (you’re welcome!) but rather an inoffensive female empowerment movie that works beautifully without the magical element.

The chemistry between the four main women is palpable. The impression they give is to be having a genuinely good time with each other. It’s a shame that there is no time given to back stories or character development for any of them apart from Lily. Sure this could definitely be something to look at in future sequels and spin-offs, but part of what made the original film so great is the exploration of each of the four leads and it is noticeably missing in this reboot. Spaeny is perfect as Lily, her curiosity and hesitation about the new city and her new-found powers keeps you interested in the story. Galitzine shines as the male lead and his interactions with Spaney causes a few sparks on screen in their scenes together. Duchovny is grossly underutilised with the character needing more scenes to fully understand his motivations and what is happening. It feels like he was planted it here for a 90’s nostalgia hit (along with Alanis Morissettes One Hand In My Pocket).

The visual effects are minimal which is surprising in a film like this. There are a few CGI sequences and while the majority of them are at night, they are a little grainy and hard to see. The “big battle” at the end in particular suffers from this and is weighed down by the stereotypical dialogue that forces them back to the original film like “We are the weirdos” which doesn’t really reflect the four main girls at all.

If you are a millenial looking for a sequel to one of your favourite films, you won’t find it here. This is definitely a reboot set on introducing Gen-Z to the world of The Craft. While it does this to a mediocre effect in comparison to the original, taking the previous property aside, it does work as a film on its own. The talented cast do the best with the material given to them and if the film does well it can definitely be fleshed out in the future.

The Craft Legacy is showing in cinemas now.