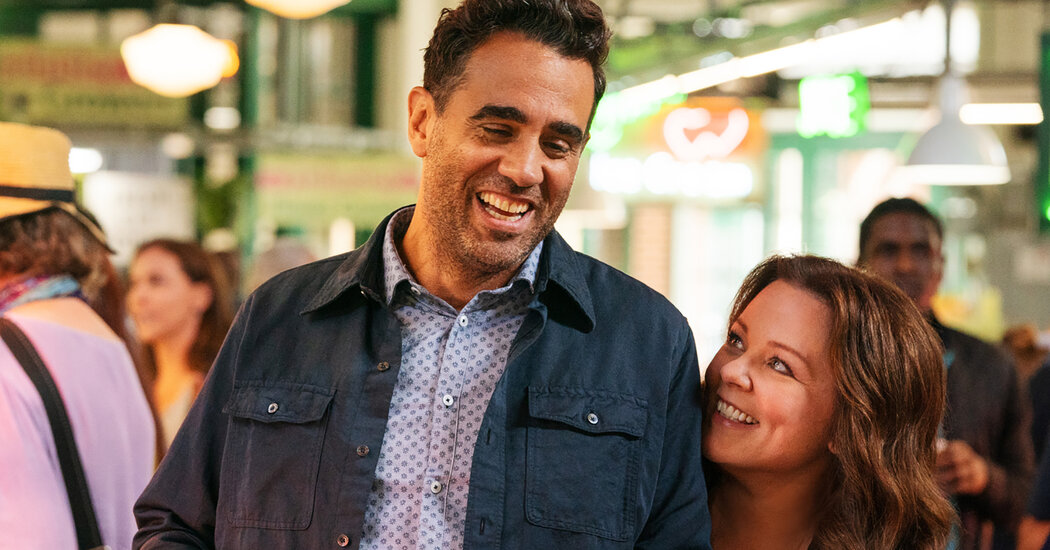 In 2014, the husband and wife team of Ben Falcone and Melissa McCarthy released comedy film Tammy to scathing critical and audience reviews. In 2016, the duo returned to the big screen for a second attempt to win over audiences and critics alike with The Boss, and once again were lauded for an unfunny movie. But you know what they say – “the third time is the charm” – and while Falcone and McCarthy’s third film, Life of the Party, start heading more to a “family friendly-ish” style of comedy, they just still couldn’t break through that barrier to make audiences and critics love their movies. And now in 2020, the year where anything is possible and probable – Falcone and McCarthy have been given yet another chance to wow us all with HBOMax’s Superintelligence.

Carol (McCarthy) is being watched, her every move and every word being tracked by an all-powerful A.I., an A.I. that needs to decide whether to save or destroy mankind. She has been selected by this super-intelligent computer for one reason – Carol is the most average person in the entire world, and the A.I. (voiced by Carol’s favourite late night presenter, James Corden as himself) believes that tracking the world’s most average person will help him make that decision.

Out of the 4 ventures that Falcone and McCarthy have released into the world, Superintelligence is by far their most harmless. There is a light-hearted, fun and carefree approach to this story that makes it more tolerable to watch. McCarthy playing a more reserved character allows her to shine, and her back and forth chemistry with ex-partner George (Bobby Cannavale) is quite sweet. Unfortunately, the humour falls incredibly flat – to the point where even a slight chuckle was the most common response to this movie’s “funniest” moments.

The enjoyment that does come from the story is predominantly the rekindling of the relationship between Carol and George, ultimately a mission designated to Carol by the A.I. to study human connection. Each interaction they share is quite sweet, and by the end, the audience is lead to pine for them to get together. This is heavily due to McCarthy and Cannavale really enjoying their time on screen together. Sadly, most of these scenes are few and far between other scenes full of often incredibly far fetched scenarios and moments that have too much time spent on them, disturbing the pacing of the story.

However, the most frustrating, annoying and devoid of humour aspect of Superintelligence is the super-intelligence itself. James Corden’s voice is like listening to nails on a chalk board (please note: this could also very well be a personal opinion of the reviewer, and not necessarily have a direct impact on the story). Apart from personal opinion on the matter, the actual character of the A.I. is very 2-dimensional – which some may argue makes sense for a robotic character. But the amount of “life” (for lack of a better word) the script gives the Corden-voiced A.I., there definitely could’ve been more liberties given to the character. But mainly, James Corden is annoying in this movie.

To wrap things up, mild spoilers (but not really) lie ahead! The final scene of the movie will determine how certain audience members remember Superintelligence when they leave the cinema. If you’ve been on board with the story the entire time and James Corden hasn’t given you an aneurysm – the final 2 minutes which consists of Carol in a self-driving car being driven by the A.I. doing a carpool karaoke with the Corden-voiced A.I. – may be a nice, fun little note to end the story on while you dance your way home. For others who may not have been as invested in the movie leading up to this point – the ending will most likely leave a sour taste in your mouth.

As harmless and simple as Superintelligence is, it lacks the main ingredient for a good comedy film – laughs – and is probably one you can skip a trip to the cinema for.