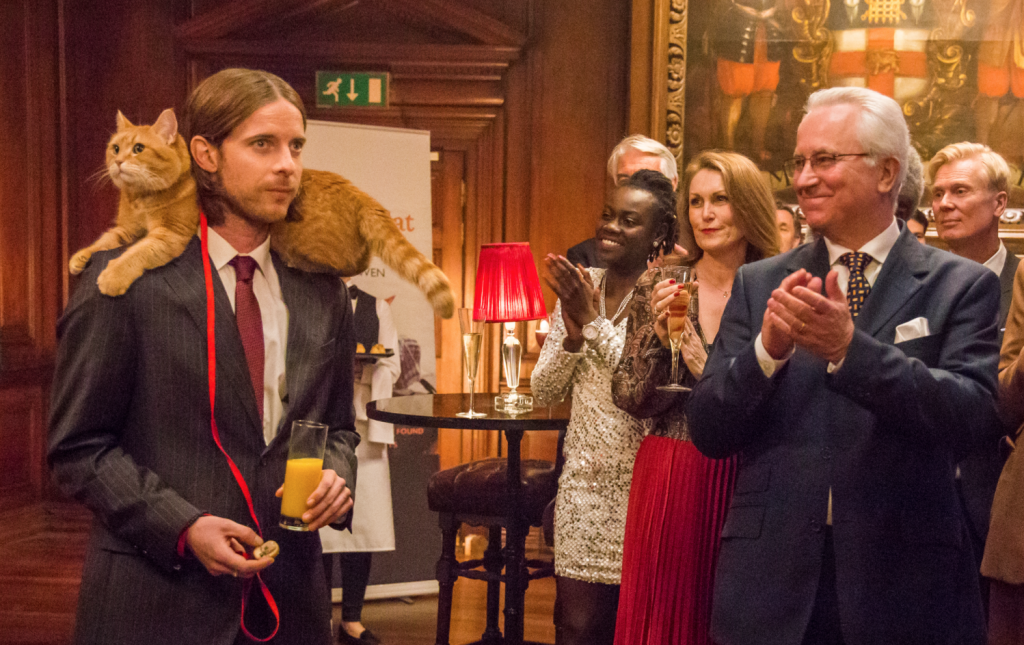 This feel-good sequel is full of heart and christmas cheer, and while 2020 has been a horrendous year (we know, everyone keeps saying it!) this film is stunted by wooden performances and a cliched “villain” that will easily get lost in the slew of christmas films released this year.

The story picks up with Bowen (Luke Treadaway) riding high off the success of his first book release and his publisher has just announced a follow up. On his way home Bowen helps a homeless busker after a scuffle with local animal law enforcement (no it’s not a joke) and tells him the story of his life a year ago when he was homeless with Bob. This is where the film kicks into gear exploring the series of events that leads Bowen to nearly losing Bob and a social media campaign that solidifies both Bob and Bowen’s impact on the community around them, truly encompassing the spirit of Christmas.

While this film is being released at the cinema, it definitely has a Sunday afternoon feel. If you are a cat lover, this is one to grab your cat loving friends and head to the movies (but please leave your felines at home) and you will definitely love this. Those of us who are not feline inclined may feel that the story and performances lean heavily into sentiment with very little substance. While the main character portrayed by Treadaway is solid (as is Bob’s the cat) the rest of the cast are a little off.

By the end of the film it does have that feel good holiday Christmas film vibe, it regrettably won’t be one that you flock to every year. Treadaway and Bob are solid leads and really are the only thing worth watching. This would definitely be one to wait for on Netflix or a local streaming service.

A Christmas Gift From Bob is in cinemas now.