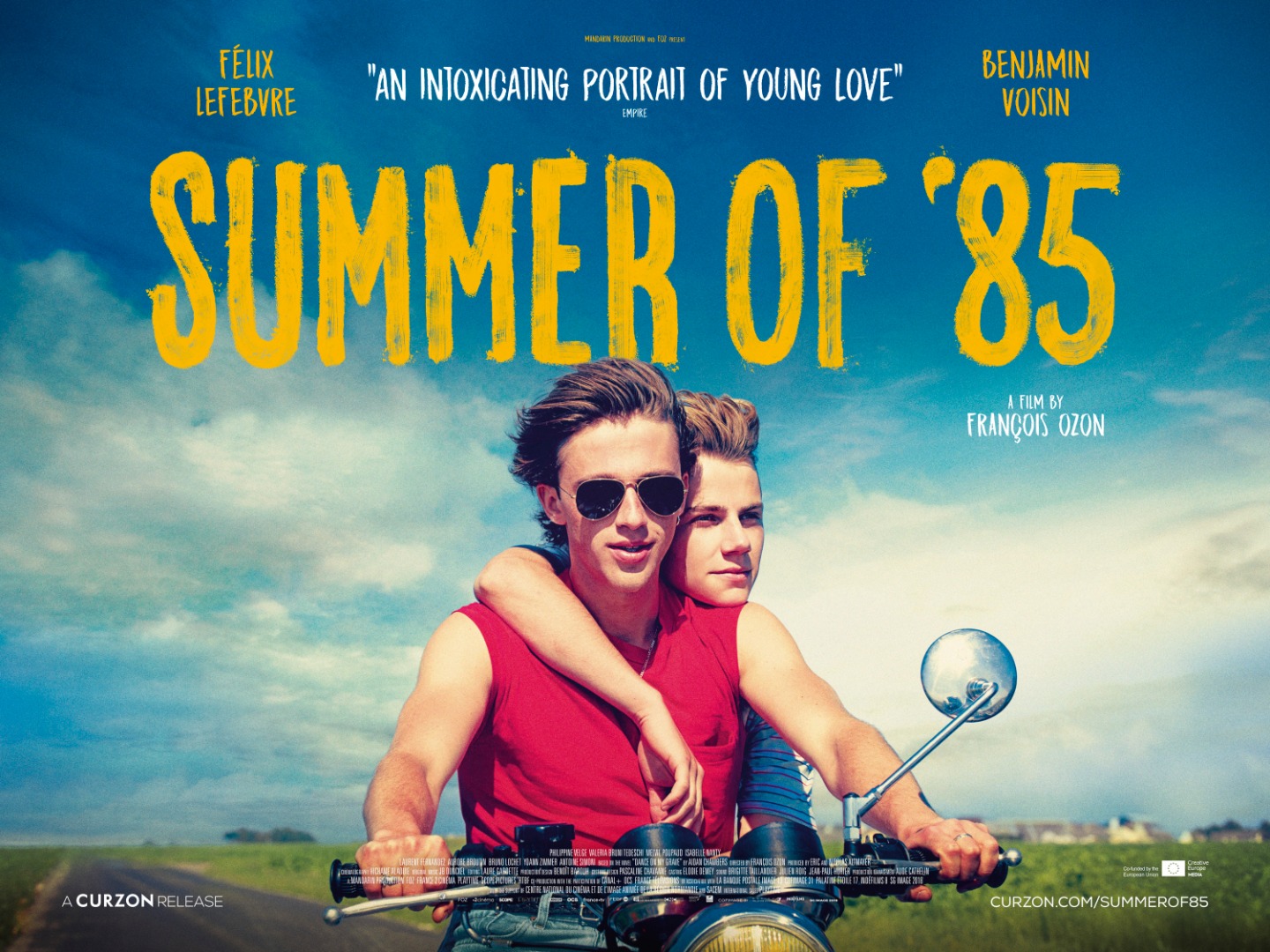 The Alliance Française French Film Festival 2021 brings you Summer of 85. It’s being tipped as this year’s Call Me by Your Name, full of summer, coming-of-age and a beautiful coming out story. All that intertwined with tragedy and broken hearts.

Alex is enjoying the start of his summer despite his father pressuring him to get a job. Soaking up the life of living at the seaside he takes his friends boat out on the water. Unbeknownst to him, a storm rolls in and in a panicked stupor Alex tips the boat. Along comes David to the rescue and which will inevitably change Alex’s life as he knows it.

The two build a budding romance full of adventure, love and lust. David’s mother is happy he has finally found someone that will keep his feet on the ground. Alex’s parents show no sign of knowing, but he feels maybe they know David is more than a friend.

But when Alex and David have a disagreement over a girl, Alex runs away not knowing how to deal with his first broken heart. When David goes to find him speeding around town on his motorbike, his journey ends as he crashes his motorbike.

Filled with the grief of not only a broken heart but the death of someone Alex loved, he goes about fulfilling a pact with David. Whoever died first has to dance on the others grave. True to his word Alex follows through, only to be taken to court for damaging a grave.

And this is where Alex struggles to tell the truth to the courts. Because in the truth of the events leading up to the dance is his coming out story.

Summer of 85 is based on the book Dance on My Grave by Aidan Chambers. And it’s very closely adapted other than the fact the book is based in London and the movie is in France. There isn’t a lot that was changed to suit the film.

The story is narrated through Alex telling the story to his caseworker assigned by the courts about his summer meeting David and dancing on his grave. For the most part, it’s this wonderful story remembering a pivotal summer of a teenager coming of age. The story continues all the way through to mourning and heartbreak.

Alex is played by Felix Lefebvre who does a stellar job going between happy go lucky kid about town, to a heartbroken depressed adolescent. His chemistry with his onscreen partner David played by Benjamin Voisin is on point and full of admiration. He very clearly understood his character and was able to put that first love first broken heart into play with ease.

Benjamin Voisin’s portrayal of David is also well done albeit annoying and heartbreaking. The character of David itself is calculated, to say the least. There are more layers than the viewer will begin to notice or understand. And this is where the beauty of Voisin acting is, to be able to pack all that in then play a sweet 18-year-old at the same time.

Overall, while it’s a bit of a stretch to call Summer of 85 this year’s Call Me by Your Name. The film does come with some great 80s nostalgia. From the music to the fashion. It’s romantic and fun and then quirky and sad. A perfect balance for a coming-of-age story.

Like Loading...
Newsletter Signup
In this article:Alliance Française French Film Festival, french film festival 2021, summer of 85, summer of 85 movie review
Up Next:

The Man Who Sold His Skin – Alliance French Film Festival 2021