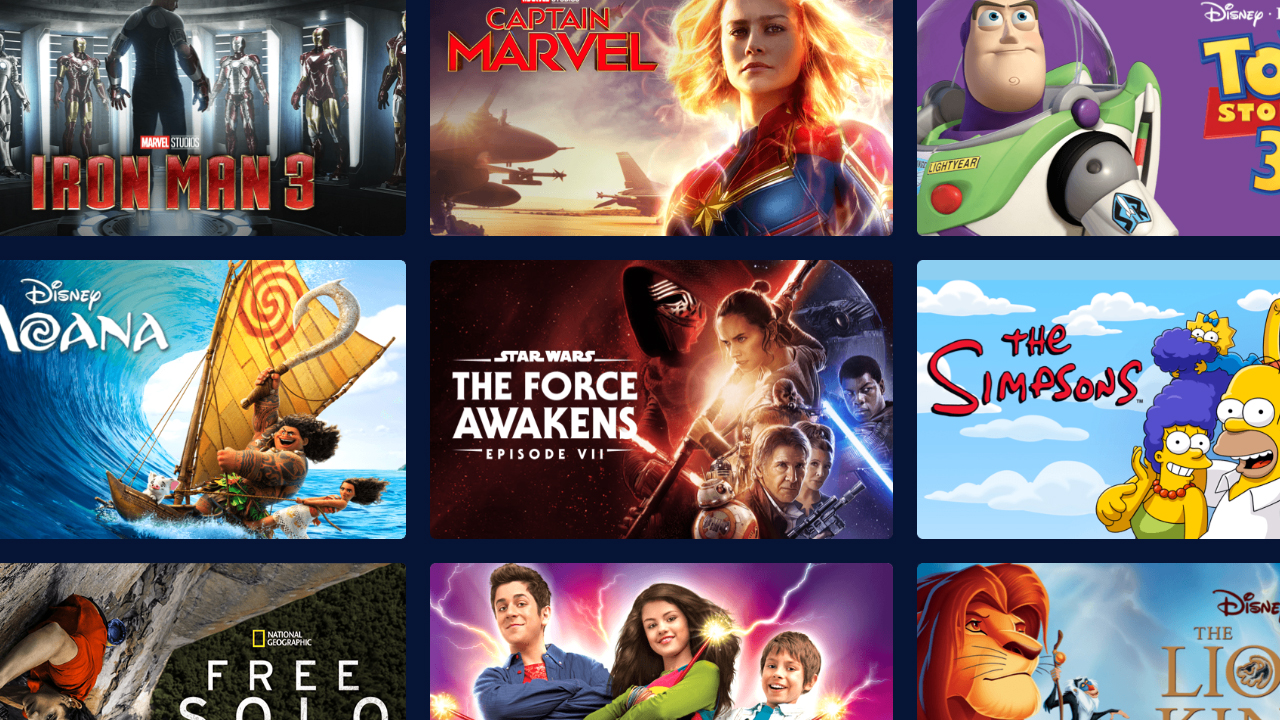 Are you wondering what films you should be checking out on Disney+ that isn’t the Disney+ OG/exclusives.Well this is the list for you!

I have searched through Disney+ to bring you my favorite Disney films through my childhood that if you haven’t seen you must check out, or if you have seen them – go and give them another watch and enjoy the nostalgia induced joy. So let’s kick it off the right way at number 1!

George of the Jungle (1997) – if there was one man who owned everyone’s hearts in the late 90’s/early 2000’s it was Brendan Fraser (he of course still owns mine). George lost as a child is raised in the jungle by all the animals, who meets and quickly falls in love with Ursula when he rescues her from her dumb fiancee Lyle. It is a funny, and cute family rom-com that you must check out!

The Three Musketeers (1993) – this version stars Oliver Platt, Charlie Sheen, Keifer Sutherland, Chris O’Donnell, and Tim Curry. If the cast isn’t enough reason to check this film out – the laughs, and wonderful chemistry between all the characters won’t let you down. All for one, and one for all!

Cool Runnings (1993) – A movie about a Jamacian Bobsled team, it is filled with endless laughs, fantastic acting and chemistry. Enjoy the onscreen talents by the late John Candy. One of the films I still regularly quote, and you must watch it and join in on the quoting madness

10 Things I Hate About You (1991) – I have easily watched this film a billion times, and I will never get tired of it. The cast of Heath Ledger, Julia Stiles, Joseph Gordon-Levitt, Larisa Oleynik, David Krumholtz, Allison Janney, Larry Miller, Gabrielle Union, Susan May Pratt, and Andrew Keegan – basically just sums up what the 90’s were. The storyline is about a boy that tries to win over a girl – it’s predictable but so much fun. If you’ve seen it, watch it again. If you haven’t seen it, watch it right now

The Pacifier (2005) – Vin Diesel stars as Shane Wolfe, a Navy SEAL who has been given an assignment to look the Plummer children from their deceased fathers’ enemies. Watching Vin Diesel take on one of his first comedy movies is great fun. The storyline looking back sounds quite ridiculous, but it is still immensely enjoyable and offers a lot of great laughs and heartwarming moments.

The Kid (2000) – Easily my favorite Bruce Willis movie. Bruce plays Russ Duritz who is unliked by everyone except Amy and Janet, until his past 8 year old self – played by Spencer Breslin comes to visit. The movie is about learning why his past self is here, not to give up on your dreams, and that it’s ok to cry and show emotion. It is a truly great film, and one catered more towards boys/men that a lot of other Disney films.

While You Were Sleeping (1995) – So admittedly, this films storyline hasn’t aged greatly because can anyone say stalker? BUT this is still a super cute rom-com starring the gorgeous and talented Sandra Bullock, Bill Pullman, and Peter Gallagher. This is a super unique romantic comedy, and if you love Sandra Bullock it is a must see.

Never Been Kissed (1999) – Starring Drew Barrymore as newspaper reporter Josie Geller, who is sent back to High School as part of a story. Another unique rom-com that is extremely enjoyable, corny, and cheesy in all the right ways – but again probably hasn’t aged the best. Drew Barrymore is adorable as Josie, and her loveable and dorky brother is played by David Arquette. Plus see other super well known actors as they start out: Jessica Alba, James Franco, Marley Shelton, and Leelee Sobieski.

Eight Below (2006) – If you love dogs and Paul Walker, this is a must see movie. As brutal cold forces force Antarctic explorers to quickly leave their research base, they have no choice but to leave the sled dogs behind. The movie follows the brave team of dogs as they fend for their survival and shows the love and fight Jerry (played by Paul Walker) has to get back to his dogs before its too late. It’s a great family movie, so check it out.

This has to be a 4-way tie with these movies: Mrs Doubtfire (1993), Flubber (1997), Jack (1996), and Old Dogs (2009) – Two words, Robin Williams. If you are a fan of Robin Williams or looking for more movies of his to check out, look no further these are 4 great and hilarious movies that I absolutely loved watching, and rewatching.

Pirates of the Caribbean (all of them) (2003 – 2017) – Who doesn’t love Captain Jack Sparrow and all his crazy adventures. If you haven’t marathoned POTC franchise in awhile, why not do it now? Enjoy the chemistry and performances of Johnny Depp, Orlando Bloom, Keira Knightley, Geoffrey Rush, Jonathan Pryce, and so many more.

Home Alone 1 and 2 (1990/1992) – Sure looking back this film has a lot of plot holes, but it’s still super enjoyable to watch Harry and Marv get beat up by Kevin. The classic films to watch at Christmas. The other Home Alone films are available on Disney+ and while they are OK, they don’t live up to the OG Macaulay Culkin.

The Haunted Mansion (2003) – Do you like haunted house films but find them too scary? Well this is the perfect film for you – it’s a great story about a haunted mansion without any of the gore. There are a few surprises but mainly it is a touching and funny story with great performances by Eddie Murphy, Terence Stamp, and Marsha Tomason. Great for all ages.

My Favourite Martian (1999) – Based off a TV show with the same name, stars Christopher Lloyd, Jeff Daniels, Elizabeth Hurley, and Daryl Hannah. Christoper Lloyd plays a Martian who is stranded on Earth when his spaceship gets damaged, and he enlists the help of Tim to get the materials he needs to leave Earth. The movie is stupidly funny – especially with the suit. Any fan of Lloyd or Daniels will definitely enjoy this film, they are great together.

Honey, I Shrunk the Kids (1989) – The scientist father, played by Rick Moranis, accidentally shrinks his children and some neighborhood kids to the size of insects. Now chaos breaks loose as Wayne tries to find the kids and fix it, and the kids have to escape unexpected dangers. It’s a great family film, and its originally imaginative. If you haven’t seen it before give it a watch and check out the sequels: Honey, I Blew Up The Kid (Wayne makes his toddler giant sized), and Honey, We Shrunk Ourselves!

The Mighty Ducks (1992) – A self centred lawyer is sentenced to community service coaching a youth hockey team, starring Emilo Estevez in the lead role. One of the best movies about Hockey made, it’s been a long time since I watched this franchise but I loved it so much as a kid and I can’t wait to watch them again. The sequels D2 and D3 are also available.

Remember The Titans (2000) – This movie is based on a true story about a newly appointed African-American coach and his high school football team on their first season as they try to overcome their differences as a racially integrated unit. The performances by everyone is fantastic, especially the standouts being Denzel Washington and Will Patton. It’s a touching film, and this film was very popular when I was in High School to throw on during the final semester PE classes instead of doing work, so everyone my age has probably watched the film a lot, but it’s worth looking back on again.

Mighty Joe Young (1998) – A 15ft tall mountain gorilla named Joe has been looked after most of his life by Jill Young (Charlize Theron), until Gregg O’Hara (Bill Paxton) comes along and convinces Jill that Joe should be taken to animal sanctuary for a safe haven away from an angry poacher who seeks vengeance against Joe. It’s a very endearing and emotional movie, with a simple storyline. If you love animal movies, you will definitely enjoy this one.

Inspector Gadget (1999) starring Matthew Broderick as a security guard who goes under a procedure to become a cybernetic police officer. Based off the popular cartoon under the same name, the movie unfortunately didn’t live up to the cartoon’s popularity but there are a few who really enjoyed this movie (me included). The story is pretty average, but the special effects for a 90’s movie is pretty well done.

Cheaper By The Dozen (2003) starring Steve Martin and Bonnie Hunt as parents to a dozen children, of course madness unfolds as you would expect with so many kids! It’s a pretty fun movie, with every kid having such a different personality. Cast includes; Piper Perabo, Tom Welling, Hilary Duff, and Ashton Kutcher. The sequel is also up on Disney+ adding another family into the mix with Eugene Levy, Carmen Electra, Robbie Amell, Jaime King, and Taylor Lautner added to the mix.

I hope you enjoyed my list, and happy watching!