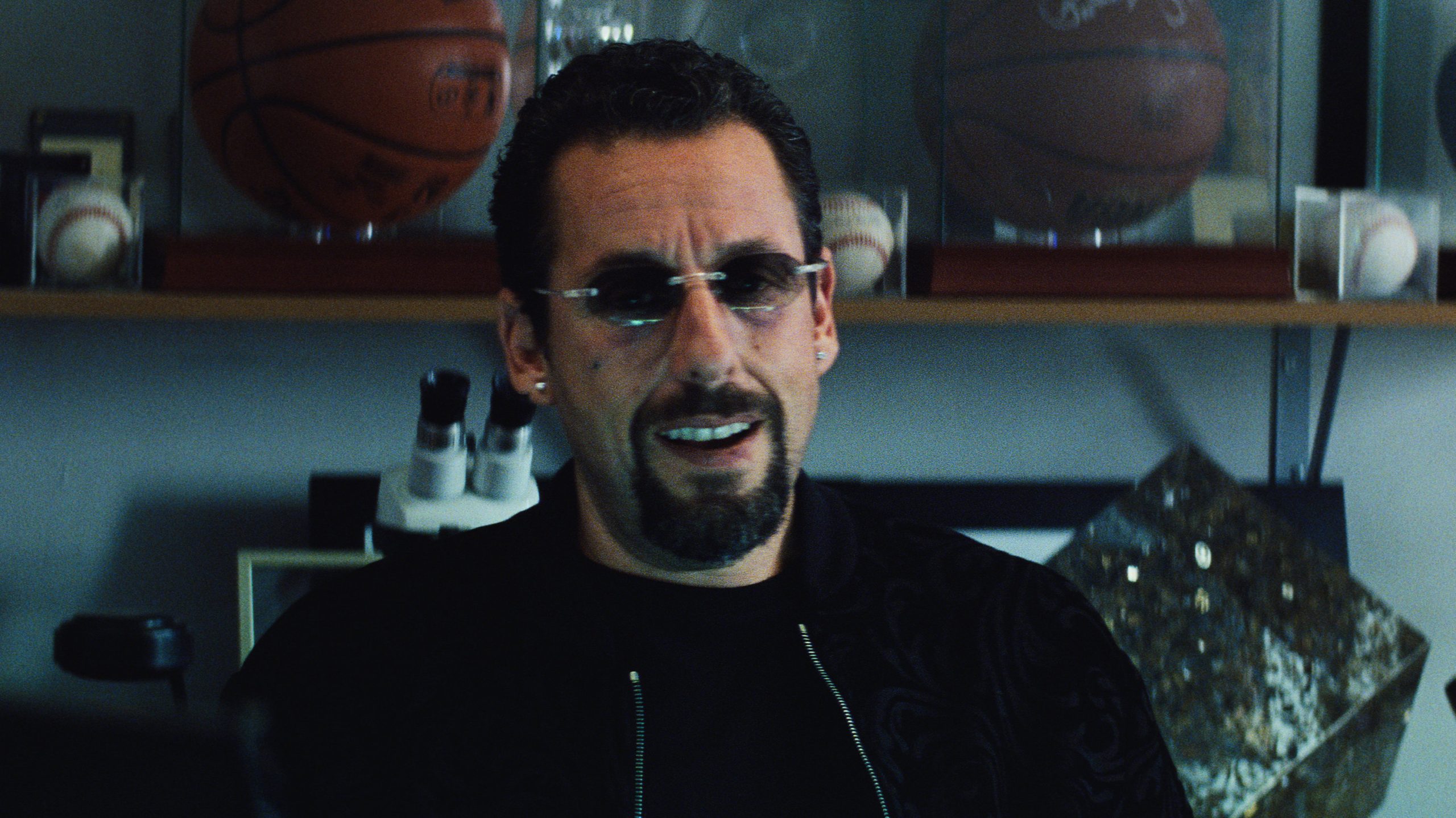 If you ever thought Adam Sandler was limited in his acting to comedic roles, Uncut Gems is evidence this notion is very far from the truth. Brothers Josh and Bennie Safdie have brought us a cinema experience that will leave you on the edge of your seat and walking out of the theatre lost for words, perhaps even needing to take more than just a few moments to calm down.

Uncut Gems is the story of gambling addict Howard Ratner (played superbly by Sandler), a jewellery store owner in New York City who is precariously juggling numerous gambling debts and avoiding the entailing troubles that arise from his life choices. Every time he achieves a successful sale or comes across a monetary windfall, he gambles his takings to increase his spoils. As is the usual case, he does not always win and finds himself being ever harassed by loan sharks and their henchmen with some bloody and humiliating results.

In a desperate bid to change his fortunes, Howard orders a rare black uncut opal from Ethiopia and attempts to auction it to the highest bidder; including U.S. NBA star Kevin Garnett (playing a fictionalised version of himself in his acting debut). Garnett develops an affinity for this stone and asks Howard to loan it to him for luck at his next game. In exchange, Garnett offers Howard his championship ring as collateral until he returns the stone. In typical gambling addict style, Howard pawns the ring so that he can place a bet on Garnett’s game and use the money to buy it back and also come into more cash. However, Garnett delays the return of the stone and so begins a chain reaction which sees Howard run from loan shark to loan shark in order to keep his head above water.

Added to his high stakes gambling ways, Howard spends his personal life divided between his wife Dinah (Idina Menzel), their children and his mistress Julia (Julia Fox). The result of all this chaos is a fast-paced, on-the-run thriller which never lets up. This impact is profound as it mimics Howard’s own lifestyle perfectly. But while we silently beg to see Howard cull his addiction with his winnings and settle his debts, Howard reminds us that it doesn’t work like that in the real world, not less in Hollywood.

This doesn’t make us hate Howard however, and this is where Sandler shines. Sandler flawlessly brings out the weakness and fallibility of a man who is disconnected from reality as he builds around him a bubble that is solely a product of his addiction. The constant race to a survival finish line remains mirage-like in the distance. Howard is the constant sycophant to his more esteemed customers without coming across as slimy. Yet we see the tragedy in the making and desperately want this anti-hero to atone and reconnect with the broader world around him.

With the camera focussed solely around Howard, the weakness in the film is highlighted in the lack of development of the supporting characters. We never quite understand the pain and suffering of Howard’s wife Dinah – it is merely assumed. And Julia is not given enough of a backstory or depth to make us connect.

The Safdie brothers deliver a powerful thriller in their signature style (including Good Times and Heaven Knows What) that hits all the right nerves. Life in the gambling fast lane never looked so terrifying and heart-racing and with a score by Daniel Lopatin that takes synthesisation to the extremes, we are on a mind–rush of a ride waiting for the comedown that never really occurs. Instead, like an out-of-control train, the Safdie’s send us crashing to a halt in the most unexpected way. Cinematographer Darius Khnodji together with editing by Ronald Bronstein and Benny Safdie deliver both sharp and rough frames which bring to the fore the dirty, urban world that Howard belongs to.

Make no mistake, this is not a comfortable or fun journey by any stretch of the imagination – particularly if the desire is to watch another Sandler comedy. But if one wants a thrill ride with some hard-hitting jolts to remind us of the harsh reality of a world of an addict, then this is a must-see.

Uncut Gems will be released worldwide on Netflix on 31 January.